Visit the Isle of Armor’s Master Dojo and keep an eye out for rainbows, lens flares, and deceptively cute Pokémon in the latest expansion.

Whether you’re interested in exploring a beloved Pokémon region from a unique perspective or seeing some new artwork from your favorite Pokémon TCG artist, every Pokémon TCG expansion has something exciting to offer. In the Pokémon TCG: Sword & Shield—Battle Styles expansion, some of that excitement comes from an artist sculpting Pokémon into scenes that merge danger and humor. The expansion also provides an opportunity to explore Mustard’s Master Dojo and meet some of the Pokémon that call the Isle of Armor home. Beyond that, encounter rainbows, lens flares, and plenty of dirty dishes in the latest Pokémon TCG expansion.

Everyone Loves the Master Dojo 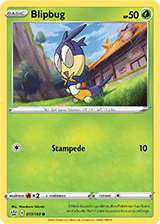 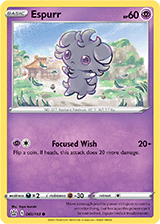 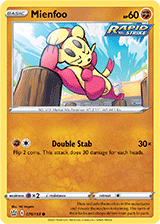 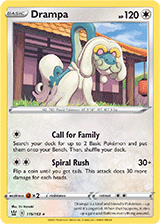 In Pokémon Sword and Pokémon Shield, the Master Dojo is a place Pokémon Trainers can go to enhance their skills and acquire secret armor. Several artists in the Sword & Shield—Battle Styles expansion drew inspiration from the training facility, including Masakazu Fukuda, whose Blipbug appears to be thrilled to find itself in such an iconic location. The intimidating Urshifu herald gracing the top of the dojo underscores Blipbug’s nonthreatening cute factor.

Illustrator Saya Tsuruta’s Espurr has also stumbled across Mustard’s Dojo, though whether by intention or accident is not clear. The Restraint Pokémon appears to be caught in a powerful gust, though this may just be as a result of its own incredible Psychic power.

The Martial Arts Pokémon Mienfoo is a perfect match for the Master Dojo’s aesthetic. Illustrator NC Empire depicts the Pokémon in an impressive stretch, legs elevated on wooden pillars with the iconic Dojo perfectly positioned in the background. The image perfectly captures the Pokémon’s devotion to its training.

Meanwhile, illustrator Eri Yamaki depicted the distinctive-looking Drampa directly in front of the Dojo. Though, whether the Placid Pokémon is protecting the facility or merely practicing its Spiral Rush attack is for the viewer to decide.

These Dishes Won’t Do Themselves 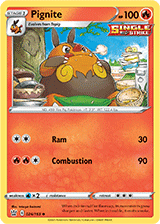 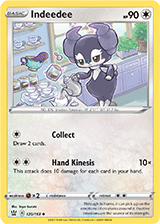 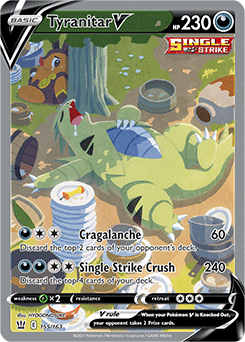 Pokémon are known for helping humans, especially in Pokémon Sword and Pokémon Shield where they take on a range of jobs from eating weeds for farmers to delivering food to charming customers in the service industry. In the Sword & Shield—Battle Styles expansion, some Pokémon like to make messes, while others help clean them up. Fortunately, the end result is always adorable. Take, for example, tetsuya koizumi’s depiction of Pignite looking absolutely stuffed after taking part in an epic feast. Surrounded by the remnants of the Fire Pig Pokémon’s repast, including piles of dirty dishes and pans, it likely won’t be performing its Combustion attack anytime soon.

Illustrator HYOGONOSUKE provides another perspective on Pignite’s feast, proving the Fire Pig Pokémon did not dine alone. An enormous Tyranitar V has collapsed on the other side of the tree where Pignite is resting, clearly having entered a food coma. The entire scene is wonderfully whimsical, from the drip of drool extending beyond the Armor Pokémon’s mouth to the cartoonish fruit core resting atop a stack of plates. Whether Tyranitar V and its accomplice Pignite intend to clean the chaotic assortment of plates and pans they’ve accumulated remains to be seen.

While Pignite and Tyranitar V find themselves in a slovenly heap, Saya Tsuruta’s Indeedee is a picture of helpfulness and poise as it prepares some tea. After all, Galarians love their tea almost as much as they love their Pokémon. As Sinistea watches from one corner, the Emotion Pokémon presides over a cozy, well-organized kitchen. The room’s lavender tones even echo Indeedee’s own coloring, further proof that the helpful Pokémon is right at home.

Lisa Frank, Eat Your Heart Out 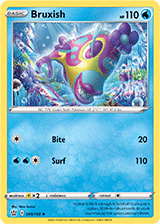 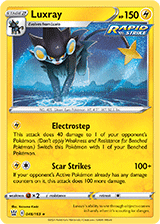 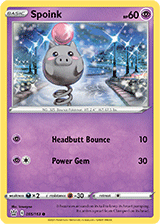 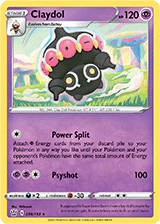 When it comes to rainbows, lens flares, and vivid colors, the Pokémon TCG: Sword & Shield—Battle Styles expansion has more personality than a ‘90s trapper keeper. Whether you’re into Pokémon that look like they escaped from a music video, or Pokémon spinning in a field of rainbows, the Pokémon TCG illustrators have you covered. Bruxish is a vividly-colored Pokémon with a vicious reputation. Illustrator Misa Tsutsui puts the Gnash Teeth Pokémon square in the foreground, leering at the viewer with teeth sharp enough to eat even Mareanie. It’s difficult to take your eyes off the predatory Pokémon, but once you do, the stunning underwater scene behind it more than makes up for the effort. Rainbow prisms surround the Pokémon, making the viewer want to permanently dive into the scene, but with Bruxish’s sharp teeth nearby, that might not be the best idea.

In the category of Pokémon that might just be starring in a music video, we have illustrator Kazuma Koda’s Gleam Eyes Pokémon. Luxray is captured sprinting through the surf, the spray of water from its paws intermingling with the vast display of stars in the sky. The Pokémon’s distinctive tail whips into the foreground, reminding everyone that the Pokémon is a star.

Then there’s Spoink, the Bounce Pokémon, who seems to be bouncing through a landscape that’s at least 50 percent lens flares. Illustrator kawayoo even captured a lens flare on the shiny pink pearl Spoink somehow manages to keep on its head while it bounces. The adorable rotund Pokémon seems perfectly at home amidst the gleaming flares of light, likely recognizing that it’s undeniably the star of the card.

If Spoink is the reigning monarch of lens flares, Claydol is the rainbow master. Illustrated by Shibuzoh., the Clay Doll Pokémon is captured as it floats across a pastel rainbow dreamland. The fact that Claydol has a reputation for being somewhat creepy and is often depicted as a terrifying or intimidating presence makes the illustrator’s decision to position it against such a serene, playful environment even more notable. 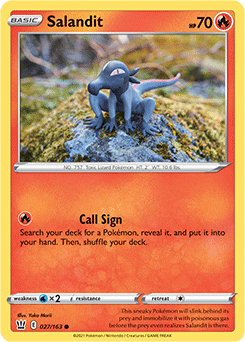 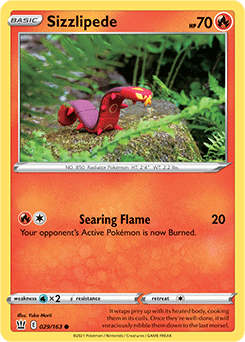 Clay modeler Yuka Morii has been part of the Pokémon TCG family since 2000, producing painstakingly adorable clay Pokémon models, which the artist photographs against naturalistic scenery. In the Sword & Shield—Battle Styles expansion, the artist takes on two Fire-type Pokémon, merging their blazing attacks with Yuka Morii’s sizzling artistic style. The Toxic Lizard Pokémon Salandit is poised on a rock with a mischievous expression that suggests prey might be near. If you don’t happen to see any prey nearby, perhaps you are its intended target as the card states, “This sneaky Pokémon will slink behind its prey and immobilize it with poisonous gas.” The marked juxtaposition between its adorable, delicately carved form and menacing reputation creates a comedic effect that only heightens the card’s appeal.

Meanwhile, the Radiator Pokémon Sizzlipede is a vivid vermilion contrast to its verdant natural background. Like Salandit, the Radiator Pokémon has an ominous reputation, and is known to wrap its prey in its heated body, cooking the prey in its coils and subsequently consuming it. Yuka Morii’s ability to form the cutest Pokémon you’ve ever seen might lull you into thinking that Sizzlipede is just another adorable, mustachioed Pokémon out for a nature walk, but if you believe that, you might find yourself Burned.

Find your own favorite and explore your favorite artistic themes with the Pokémon TCG: Sword & Shield—Battle Styles expansion.

Master the art of battle with #PokemonTCG: Sword & Shield—Battle Styles!

Enjoy the whimsical artistry while you examine Mustard’s Master Dojo and the immersive world of the Isle of Armor through this newest expansion!

One thought on “Close look at the art of the Pokémon TCG: Sword & Shield—Battle Styles expansion”