Be cautious throughout your Alolan adventure—you never know when villains might appear!

That being said, these villains don’t seem QUITE so mean. If you had to join a team, would you rather make malasadas with Team Rocket or spit rhymes with Team Skull? pic.twitter.com/n1PLhNPT3l

We just think that Rotom pic.twitter.com/fbN9CEoE91

Rowlet is up to something…

What's the secret, Rowlet? You can tell us! pic.twitter.com/Gkyt5g8uHp

Time to train and level up your Pokémon party!

Will you attend the Pokémon School and hone your skills to master a Z-Move? Or will you join the Ultra Guardians who battle and catch the elusive Ultra Beasts? pic.twitter.com/chBY8bwKxH

Thank you for your time. pic.twitter.com/QSS32ax8zf

Sunny Alola awaits! From hanging on the beach to enjoying a delicious malasada, there's loads of ways for you to enjoy this region! ☀️

Sound off, Trainers—what’s your favorite thing to do in Alola? pic.twitter.com/8aRzGIYar8

RT to give Litten some pets! ❤️ pic.twitter.com/j1yMnHK2sQ

Time to begin your Pokémon adventures in Alola, Trainer!

Which starter Pokémon will accompany you through your journey? pic.twitter.com/tVhpnOev50

Rowlet is constantly an entire mood. 😂

Which Rowlet do you feel like today, Trainers? pic.twitter.com/ip3PQK6b2d

Mentally, we are here pic.twitter.com/6bXrwTUWyZ

POV: You're spending your Wednesday swimming with Popplio 💙 pic.twitter.com/MiZ21JFAJC

So cute! We love seeing all your redraws, Trainers! 😍 https://t.co/SLcsBp4iF6

They say you never forget your first Catastropika.

Tell us about your favorite memories from the Alola region, Trainers! pic.twitter.com/zdbc9zlHSO

Just some Pokémon having a lovely time on a waterslide. 🌊 pic.twitter.com/NXyd4EL3Oh

Kahuna Hala once said, "Only when you have both chosen each other can you truly call each other partners."

There's no region quite like the islands of Alola! 🌴

It’s ok, Litten—Popplio and Rowlet are always like this… 🤭

It's time to channel your inner artist, Trainers!

Celebrate Alola month by drawing Rowlet, Popplio, and Litten in your own style! Share your best masterpiece with us below! 👇 pic.twitter.com/kePEsSFENM

Pokémon 25 Alola edition: Get in the bag, Nebby!

Pokémon 25 Alola edition: Kahuna Hala once said, “Only when you have both chosen each other can you truly call each other partners.”

Pokémon 25 Alola edition: Just some Pokémon having a lovely time on a waterslide

Pokémon 25 Alola edition: Spend your Wednesday by swimming with Popplio

Pokémon 25 Alola edition: Mentally, we are on a rainy field of Alolan Exeggutor

Pokémon 25 Alola edition: You can hang on the beach, enjoy delicious malasadas, hang with Rowlet, Litten, Popplio and more in Alola

Pokémon 25 Alola edition: Would you rather attend the Pokémon School or join the Ultra Guardians to catch Ultra Beasts?

Pokémon 25 Alola edition: Rowlet is up to something and we just think that Rotom 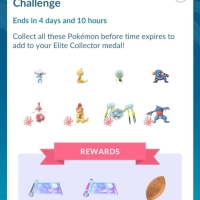 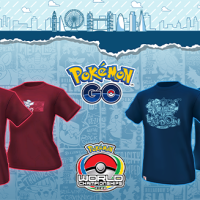 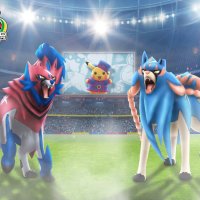 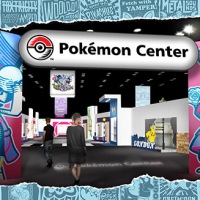