Super Nintendo World at Universal Studios in Osaka, Japan, officially opened its doors in February 2021. Following this, The Pokémon Company and Universal Studios Japan have announced a new partnership, which will officially launch in 2022. Read on below for a translation of the announcement:

Universal Studios Japan and Pokemon Co., Ltd. announce a partnership aiming to create a new entertainment experience in the park by combining creative creativity and technology 2021

A new dream that enriches the real world and the virtual world spreads in the park Announced on Wednesday, October 6, 2014

U-SJ Headquarters (Headquarters: Konohana-ku, Osaka, President and CEO JL Bonnier) and Pokemon Co., Ltd. (Headquarters: Minato-ku, Tokyo, President and CEO Tsunekazu Ishihara) are involved in the development and provision of new in-park entertainment. We are pleased to inform you that we have formed a medium- to long-term strategic alliance and that multiple development projects are underway. The two companies aim to create and provide a new dimension of theme park experience that has never been seen before by combining outstanding creative creativity and world-class entertainment technology.

The first collaboration project of this alliance is expected to appear as a member of the park by the end of 2022, and we will continue to deliver new experiences that exceed everyone’s expectations. Universal Studios Japan aims to create and disseminate Japan’s world-class entertainment with ideas and creativity that continue to attract many guests, and to become a place of choice for people all over the world. 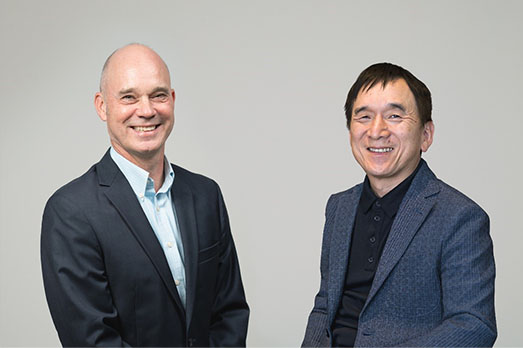 In addition to announcing the medium- to long-term strategic alliance with Pokemon Co., Ltd., we are very honored to be able to create innovative Pokemon entertainment at Universal Studios Japan for Pokemon fans and our guests.
By fusing Pokemon, which is loved all over the world, with the entertainment technology of Universal Studios Japan, we will create a world that no one has seen yet with overwhelming scale and quality. And as the only place where people’s hearts are connected and the instinct that lies deep inside is released, we hope to boost the tourism market and be the place of choice for people all over the world.

We are very pleased to announce the medium- to long-term strategic alliance between Universal Studios Japan and Pokemon Co., Ltd.
Pokemon is celebrating its 25th anniversary this year. We have been producing Pokemon products and services in various fields such as video games, card games, animation, movies, licensed products, and events. And Pokemon will continue to take on new challenges.
Through this alliance, we hope to collaborate with Universal Studios Japan’s creative creativity and world-class technological capabilities to produce new Pokemon entertainment at theme parks. We look forward to the day when everyone in the world can experience it.

The insatiable challenge of entertainment that does not set the limits of Universal Studios Japan and the desire to enrich both the real world and the virtual world of Pokemon Co., Ltd. are combined, and in the future, we will send more entertainment to the world. A dream spreads in the park.

One thought on “Pokémon will appear in the No Limit! Parade at Universal Studios Japan in 2022”