An Interview with the Producer of Pokémon Evolutions

In September 2021, Pokémon released the first episode of a new limited series that celebrates 25 years of Pokémon. We spoke with Pokémon Evolutions producer Andy Gose about the process of creating this exciting animation. From the big-picture themes of the show to the small decisions that were made during development, Mr. Gose takes us deeper into its creation.

You can watch all eight episodes of Pokémon Evolutions on Pokémon TV and the official Pokémon YouTube channel.

What is the significance of the title of the series? How does the word “evolutions” capture its theme and stories?

What differentiates Pokémon Evolutions from other Pokémon limited-series specials, such as Generations and Twilight Wings?

Mr. Gose: Similar to Pokémon Generations, Pokémon Evolutions presents tales of Pokémon lore from a new perspective. Where Evolutions differs from Generations is that Generations offered one visual style for the whole series, while Evolutions offers at least a slightly different visual approach from episode to episode. Both Generations and Evolutions tell existing stories from video game lore; Twilight Wings extended the narrative of the world and some of the characters a bit from Pokémon Sword and Pokémon Shield. 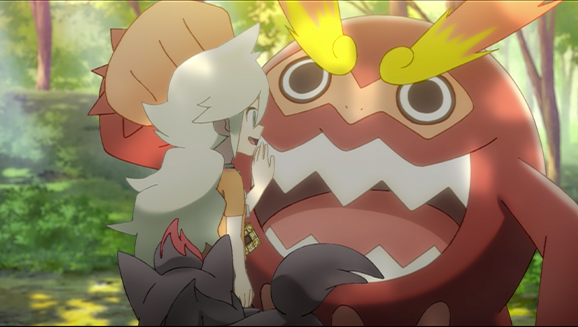 How did you go about selecting the characters and storylines to focus on for this series?

Mr. Gose: While there were no hard and fast rules for selection, the general guidelines were to find interesting stories from video game lore that weren’t a part of Generations and maybe hadn’t gotten as much attention in the animated series, movies, and previous specials. Each story had to have a unique perspective: often a character’s viewpoint that hadn’t been expressed directly to the audience before.

What is the biggest difference between working on Pokémon the Series and producing a limited series like Pokémon Evolutions?

Mr. Gose: It’s an absolute privilege to work on both, but overseeing development, creative, and production from beginning to end for Pokémon Evolutions has been really special. It’s a lot of fun to choose stories that feel both fresh and familiar to our audience—fresh in the sense that they provide a glimpse from a slightly different angle into the Pokémon world, often by presenting a particular character’s perspective, which can be quite a different experience than seeing that same character from the player’s perspective in the game.

And gearing the stories for a slightly older audience allows you to approach storytelling and tone in different ways than Pokémon the Series. 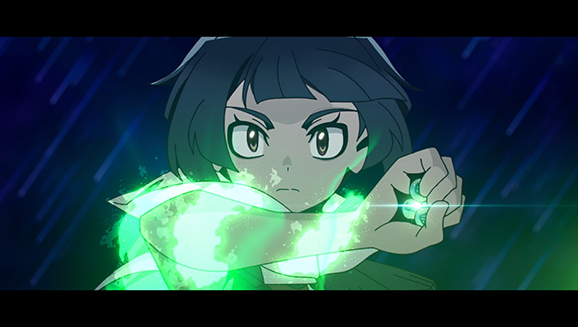 What are the challenges to translating video game plots and characters into animation?

Mr. Gose: One of the biggest challenges of translating video game plots and characters into animation is finding a fresh angle on the material while staying true to canon. Any slight, unintended variation from the source material affects the perception of the video game stories that so many love.

Another positive challenge is that video game stories are told from the perspective of the player, so you share a moment with another character in the game when it’s relevant to you, but that other character has a story all their own. How do they feel about the world and the events of the world that the player is also experiencing? What do they do when the player isn’t around? How does that story impact the stories of the games we know and love? These are exciting questions to answer and bring to life.

How would you describe the visual aesthetic of the animation in Pokémon Evolutions? How does this aesthetic differ from Pokémon the Series, and why was this aesthetic the best match for the stories you wanted to tell?

Mr. Gose: I would describe the visual aesthetic of Pokémon Evolutions as dramatic. While the style differs somewhat from episode to episode, we wanted to tell stories from Pokémon lore that shine light on the depth and drama of the characters and the world. And the common element of the visual style that brings this to life is this dramatic look and feel. Some episodes are visually darker or more whimsical or more colorful than others, but each brings a visual sense of drama. 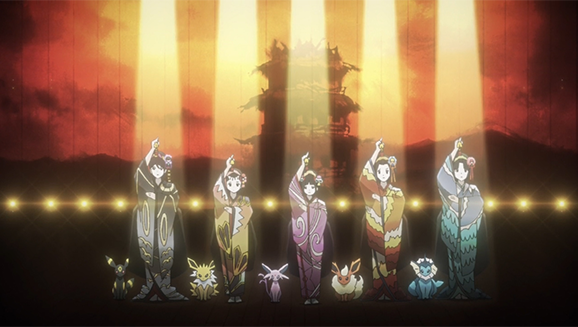 How does the Pokémon Evolutions music contribute to the series’ overall mood and story? Did you have specific musical themes that you were interested in exploring?

Mr. Gose: The score is a character in and of itself in Pokémon Evolutions. We were careful to select iconic cues from the video games and to reinterpret them in ways that reinforce the drama of the stories as we’re telling them. With some exceptions, we wanted to go classic, cinematic, and orchestral: to paint a sonic landscape for each episode that both honors the amazing video game compositions and gives them a different scope and scale. We wanted every episode to feel like a small movie, and the score that Ed Goldfarb and Akhil Gopal delivered for the series really delivered on that.

What was the biggest challenge you encountered while putting Pokémon Evolutions together?

Mr. Gose: You never have as much time as you’d like, and the 25th anniversary was a finite delivery deadline. But I’m very proud of the way the team here at The Pokémon Company International, as well as at OLM, came together, pouring heart, soul, time, and effort into the series to not only make it happen for our wonderful 25th anniversary celebration, but to make it worthy of the momentous occasion.

Mr. Gose: Pokémon’s 25th anniversary celebration spotlights each of the regions from the rich history of the video games, so we structured Pokémon Evolutions to do the same, selecting a story from each of the eight regions to make up the series. We aimed for each story to represent each region visually and thematically. Astute viewers might notice that we created cameos for a Pikachu pair in each episode that also appear in some of the 25th celebration materials as a nod to the wider celebration. 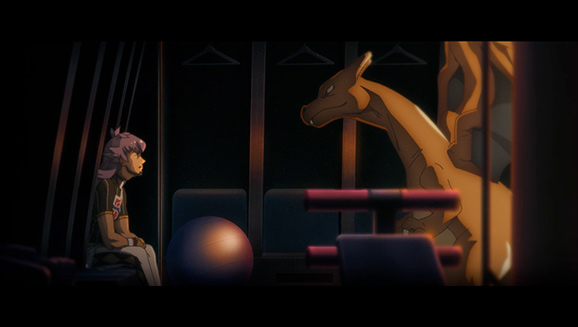 Do you have a favorite episode or storyline? If so, what is it and why?

Mr. Gose: This question is like asking which of your children you love the most. It’s nearly impossible to choose. I really like that in Episode 1, we were able to present a side of Leon that not only you haven’t seen anywhere else, but also that adds depth and balance to his character. And, of course, the visuals for this episode are also beautifully done.

Similarly, Episode 2 presents Lillie’s story in a single narrative thread that connects a clear picture of the relationship with her mother, Lusamine, and Lillie’s companion, Nebby, in a way that really highlights the strength of her character. The animation in this episode is also just lyrical and beautiful, and the battle scene is one for the ages.

Many thanks to Mr. Gose for sharing his insights into the development of the animated limited series, Pokémon Evolutions. You can watch all eight episodes of Pokémon Evolutions on Pokémon TV and the official Pokémon YouTube channel.