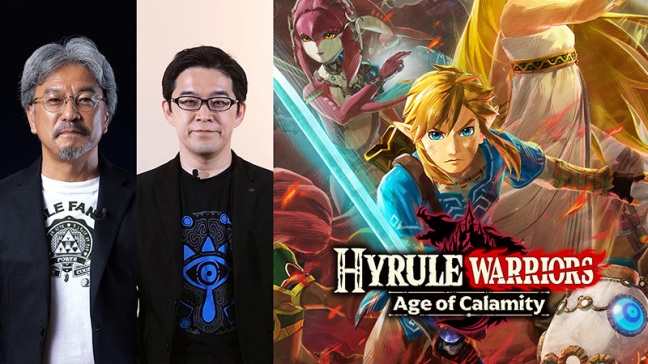 Nintendo has officially revealed Hyrule Warriors: Age of Calamity for Nintendo Switch. Read on below to learn more about this new game:

#NintendoTreehouseLive returns on 10/7 at 10 a.m. PT with a livestreamed presentation featuring two segments. Tune in for a #Pikmin 3 Deluxe deep dive and a new stage and gameplay details for #HyruleWarriors: Age of Calamity. https://t.co/232xssTxZ4 pic.twitter.com/xdcFjCydC9

In the Hyrule Warriors: Age of Calamity game, which launches exclusively for Nintendo Switch on Nov. 20, players will be transported to the time before the Great Calamity happened, participating in epic battles against a backdrop of familiar locations in Hyrule before they were destroyed. The game stars recognizable characters from The Legend of Zelda: Breath of the Wild like Link and Zelda, as well as other characters like the four Champions, who will be playable for the very first time in the Hyrule Warriors series.

The debut trailer can be viewed by visiting https://www.zelda.com/hyrule-warriors/.

“Hyrule Warriors: Age of Calamity is a must-play for fans of The Legend of Zelda: Breath of the Wild,” said Nick Chavez, Nintendo of America’s Senior Vice President of Sales and Marketing. “Roll up your blue tunic sleeves and get ready for a dramatic and surprising adventure through Hyrulean history this holiday season.”

Hyrule Warriors: The Age of Calamity features gameplay that will be familiar to fans of the Hyrule Warriors and Fire Emblem Warriors games. Focused on performing combos and over-the-top special abilities, the action-heavy gameplay is fast-paced and strategic, perfect for players looking for an intense, non-stop action game with direct ties to The Legend of Zelda: Breath of the Wild. In addition to all the action, the game is loaded with a robust story that depicts the events, relationships and dramatic moments of the Great Calamity in captivating detail.

To pre-order Hyrule Warriors: The Age of Calamity and learn more about the game, visit https://www.zelda.com/hyrule-warriors/.

Amiibo for the four Champions: Daruk, Urbosa, Mipha, and Revali will be relaunching alongside #HyruleWarriors: Age of Calamity on 11/20! pic.twitter.com/eGynZdKfSA

Introducing #HyruleWarriors: Age of Calamity, a new story set 100 years before The Legend of #Zelda: Breath of the Wild. Battle as legendary warriors and experience the emotional events of the Great Calamity first-hand. Launching 11/20.

Announcing a new title set 100 years before The Legend of #Zelda: Breath of the Wild, presented by the developers from Nintendo and KOEI Tecmo Games.