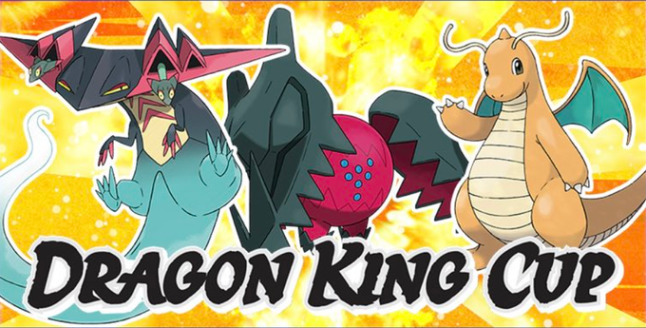 The Dragon King Cup Online Competition has been announced for Pokémon Sword and Shield. Read on below to learn more:

How will you fare against global competition in this challenging tournament?

The battles have begun in the Dragon King Cup Online Competition! Trainers who registered for this event can now compete to see how they do against rivals from around the world. As a reminder, this online tournament allows Trainers to select one powerful Legendary Pokémon that is usually not permitted on their Battle Team, such as Mewtwo or Zacian. This includes many of the awesome Pokémon that Trainers can encounter in The Crown Tundra, the second part of the Pokémon Sword Expansion Pass and Pokémon Shield Expansion Pass.

Note that players may receive penalties and be restricted from participating in future online events if there are a significantly large number of disconnects during their battles, starting from when the opponent has been decided until match results have been fully sent to the server. Please ensure a stable connection environment when connecting to the internet.