The Pokémon Company has unveiled the next official expansion as part of the Pokémon Trading Card Game (TCG). The brand-new Fusion Arts expansion will first be released in Japan later this year, followed by a Western launch in the future for consumers outside of Japan. Fusion Arts introduces a brand-new battle style known as FUSION. Read on below to learn more:

The expansion pack “Fusion Arts” contains cards with the new battle style “FUSION” from this product!

A battle style that creates “new strength” by incorporating everything that exists in this world into battle. Regardless of the fixed pattern, each one believes that they are the strongest and fights with refined skills.

The trick “Dai Miracle” deals 130 damage without calculating the effect on the opponent’s battle Pokemon, so you can fight stably in any situation! 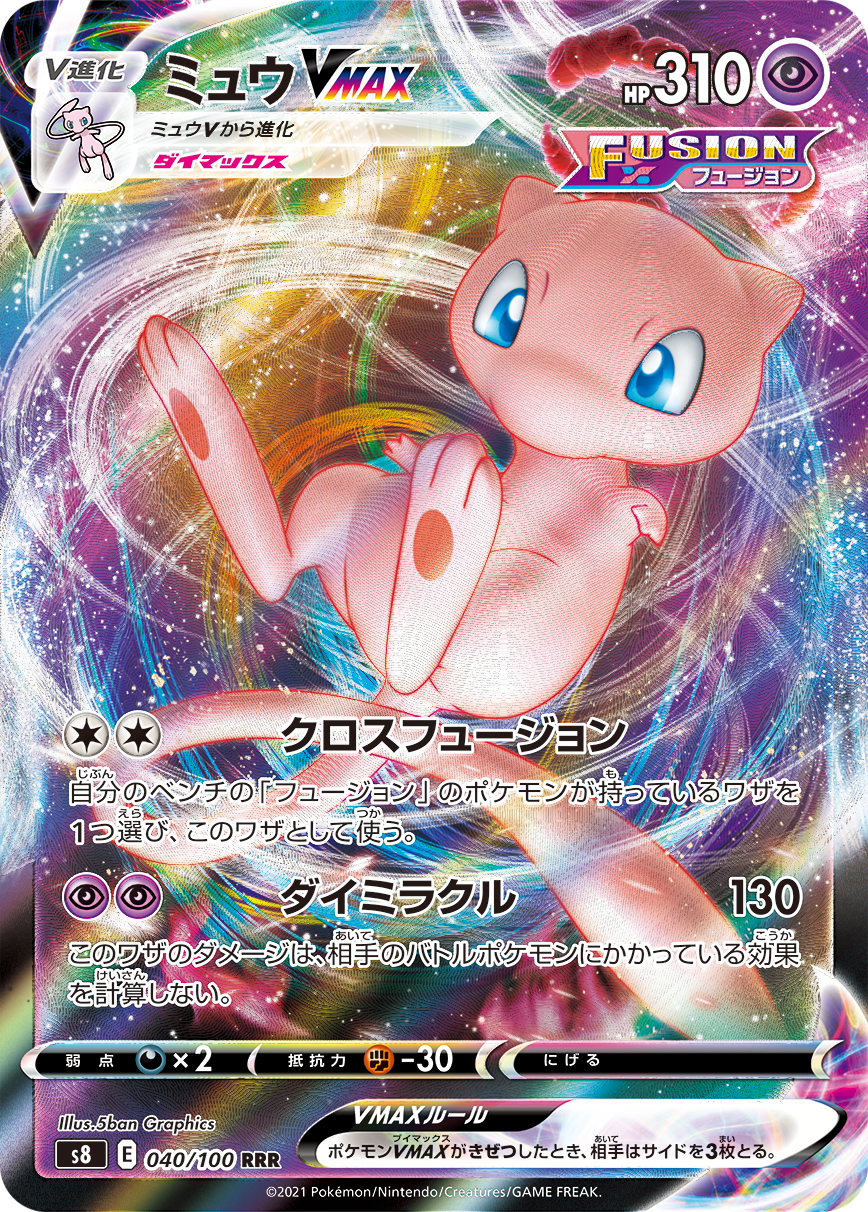 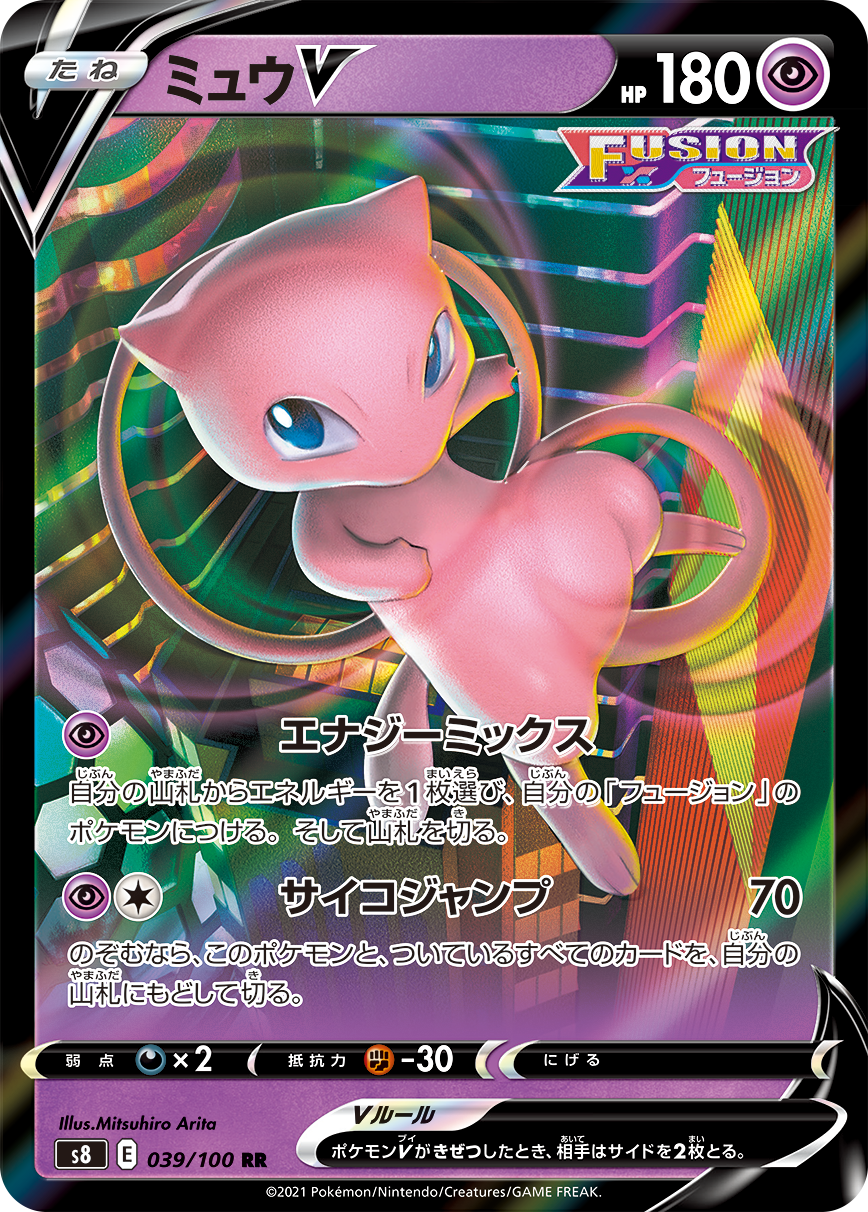 Pokemon V that can evolve into Miu VMAX. You can fight while playing with your opponent by having two tricks, “Energy Mix” that accelerates the energy of your “Fusion” Pokemon, and “Psycho Jump” that returns to the deck while damaging it.

It has a trick “shadow impact” that causes 170 damage, and due to its characteristic “double face”, it becomes two types, a super type and an evil type, as long as it is in the field, so Pokemon V is easy to pinpoint the opponent’s weaknesses with tricks. 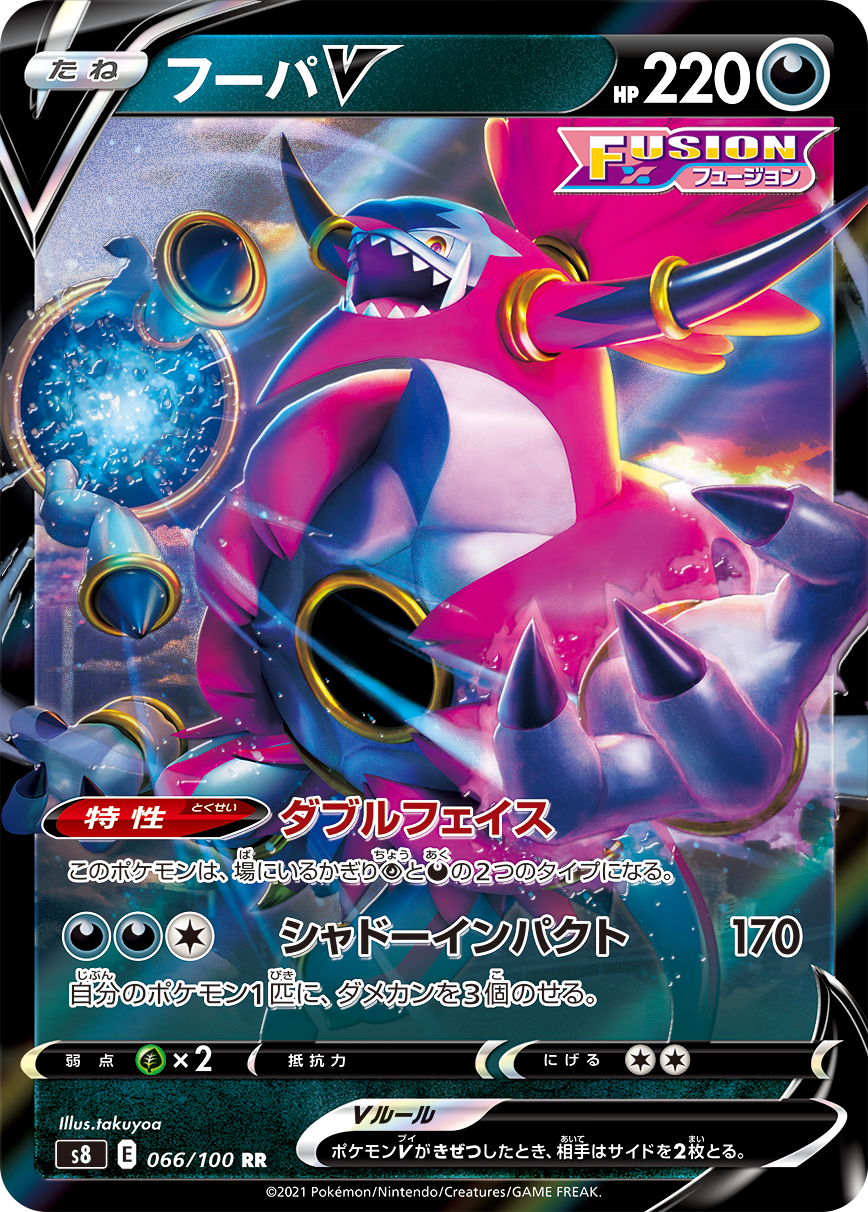 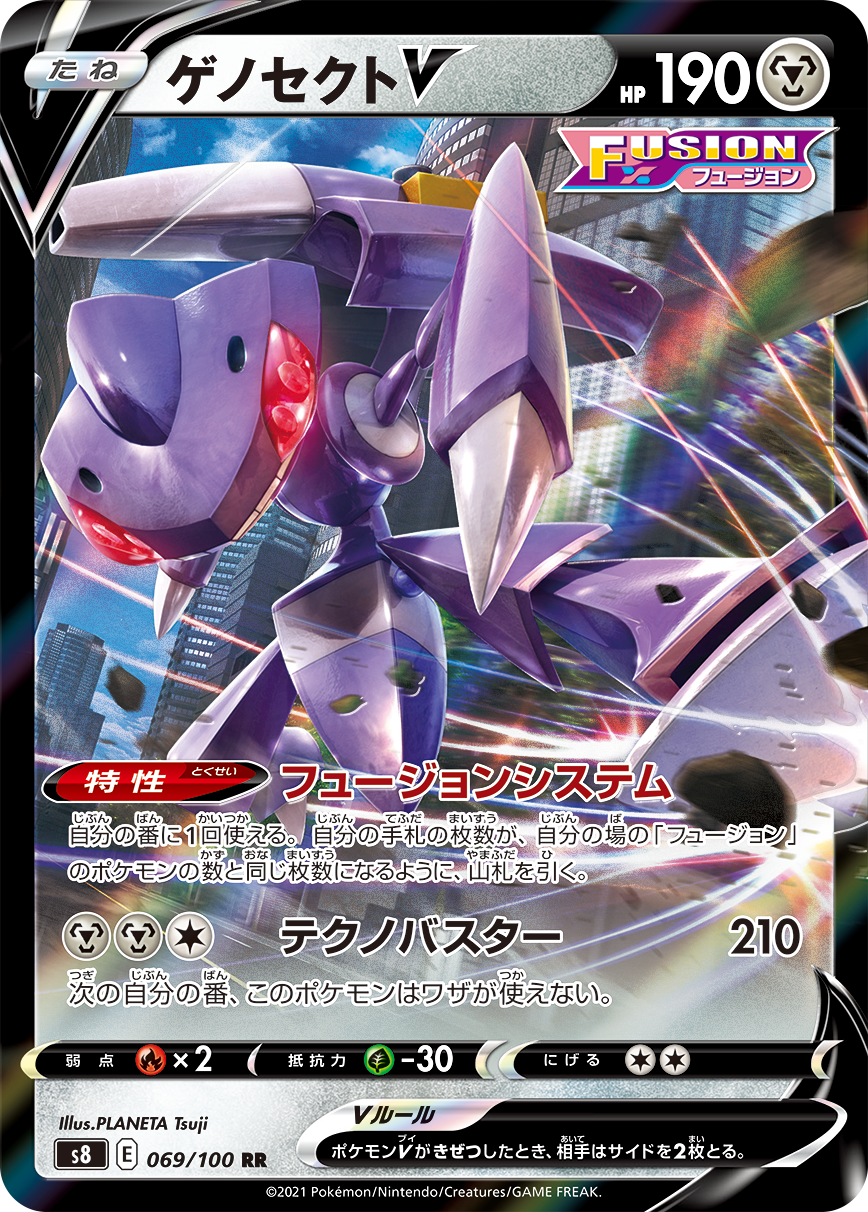 Also, the trick “Techno Buster” is powerful with 210 damage!

The trick “Melody As Echo” deals 70 damage to the number of “Fusion Energy” attached to the Pokemon in your field. If you have 4 of them, you will get a big damage of 280! 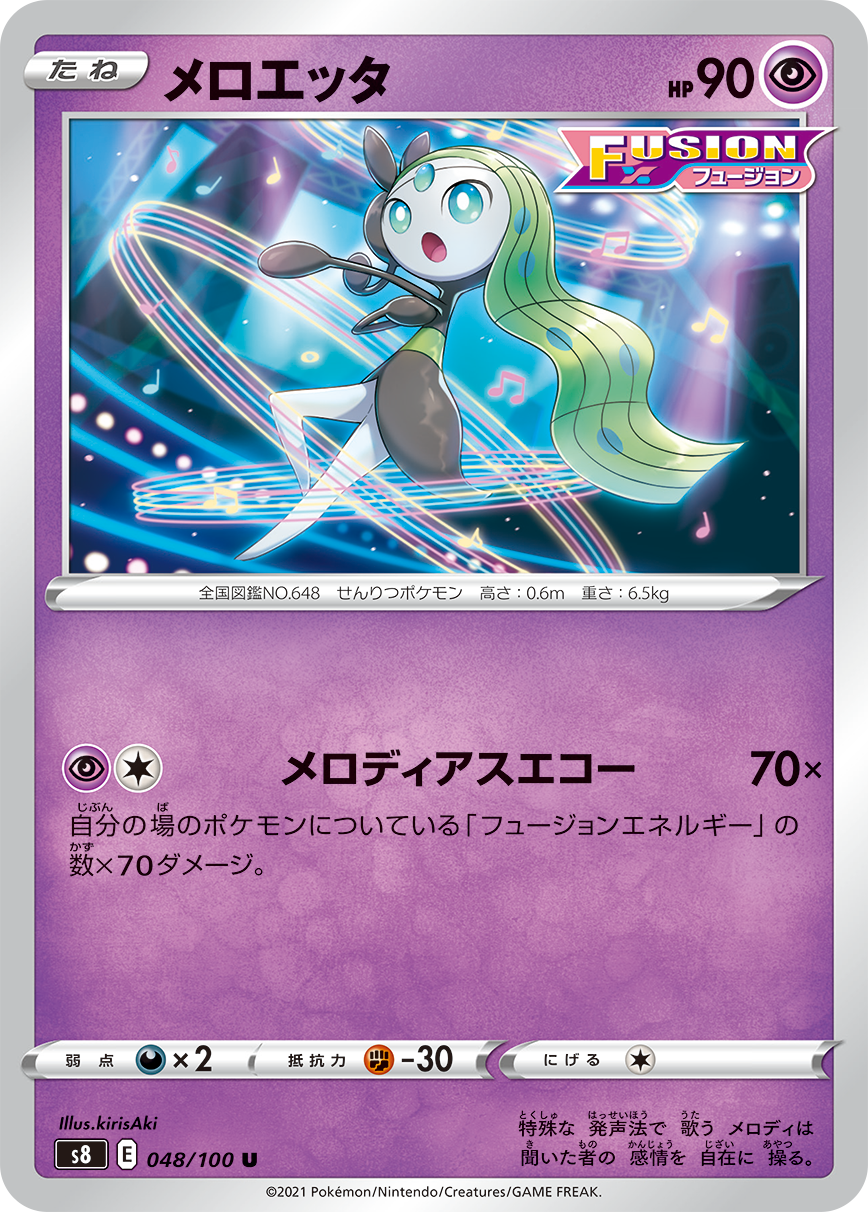 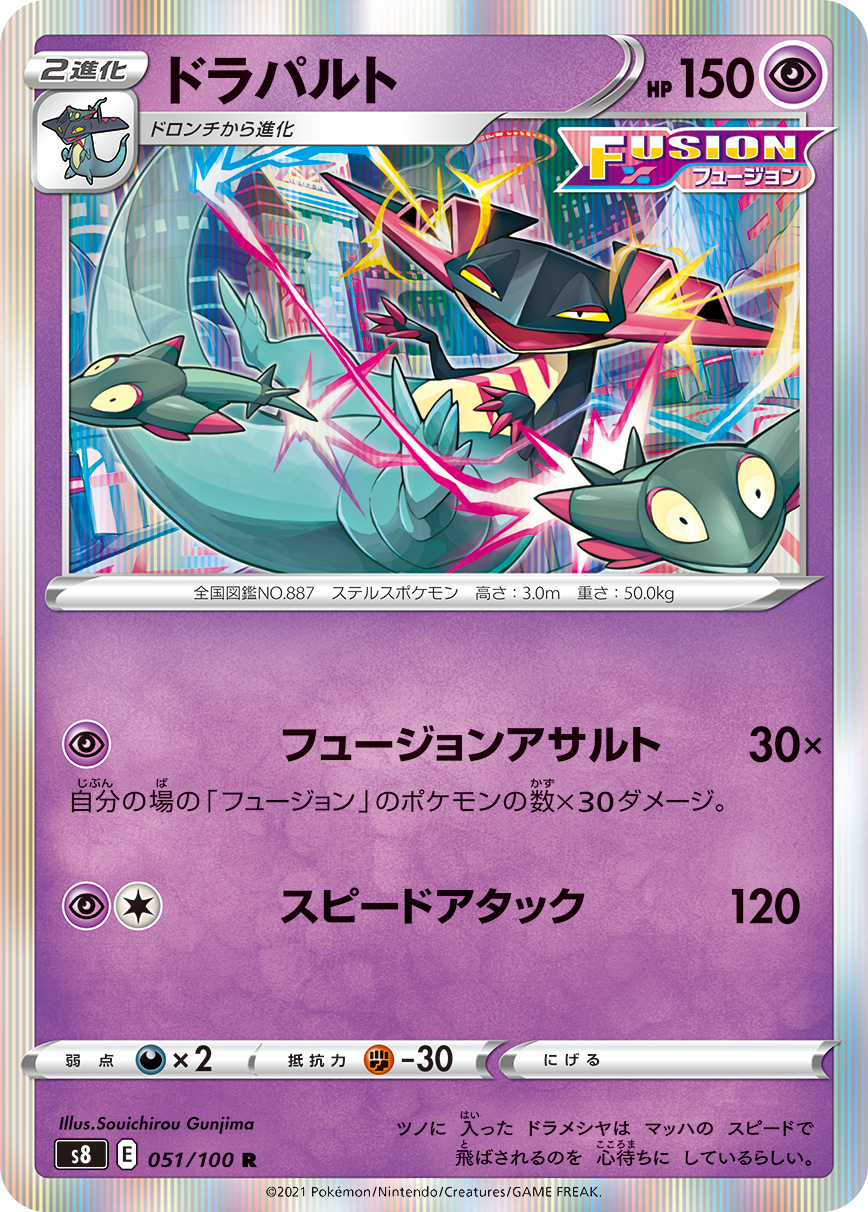 The trick “Fusion Assault” can be used with one super energy, and deals 30 damage to the number of “Fusion” Pokemon in your field. You can also aim for 180 damage with less energy!

A Pokemon that can evolve into a Drapart. The trick “Dragonfly Eri” can be replaced with a Bench Pokemon while dealing 30 damage, so it can safely evolve to a Drapart on the Bench. 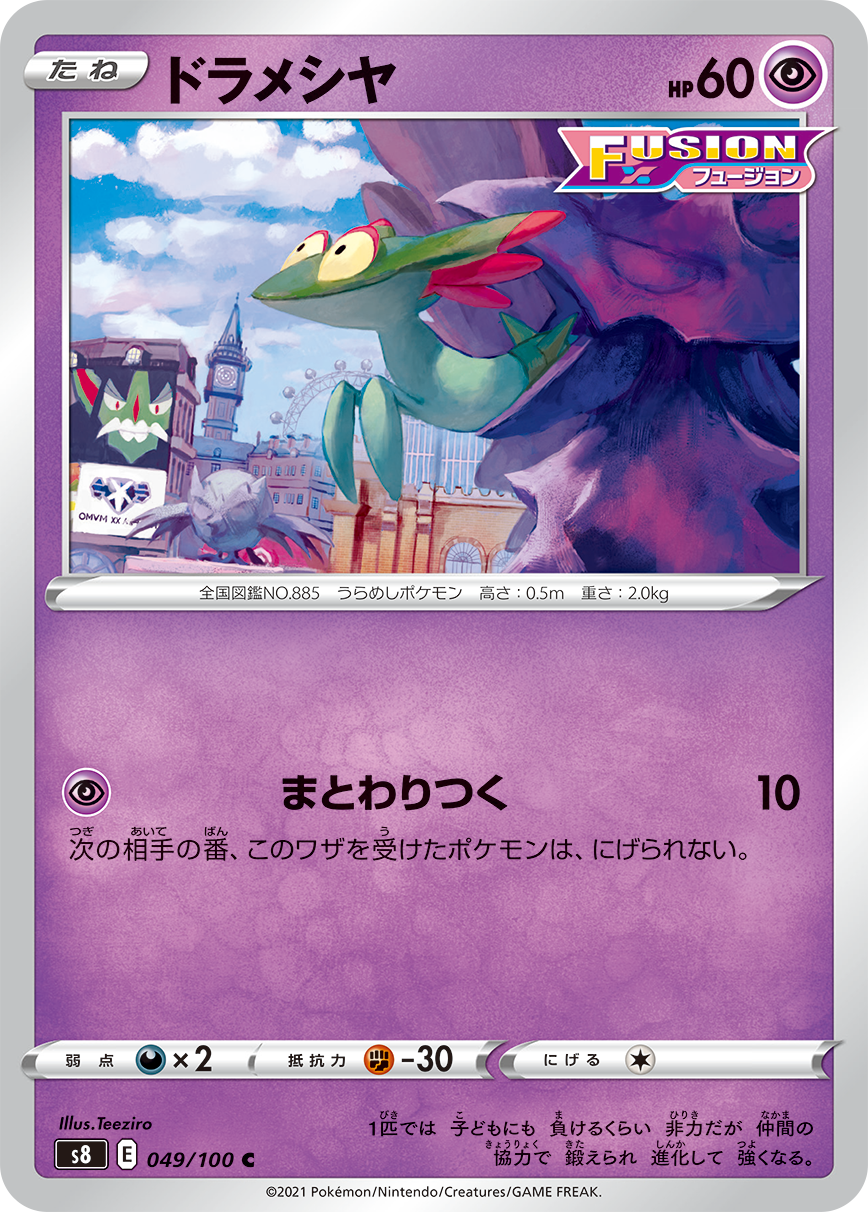 A Pokemon that can evolve into a Delonchi. The trick “cling” can do damage while keeping the Pokemon from the trick.

A Pokemon that can evolve into either Huntail or Gorebyss. Choose which one to evolve according to your opponent and situation. 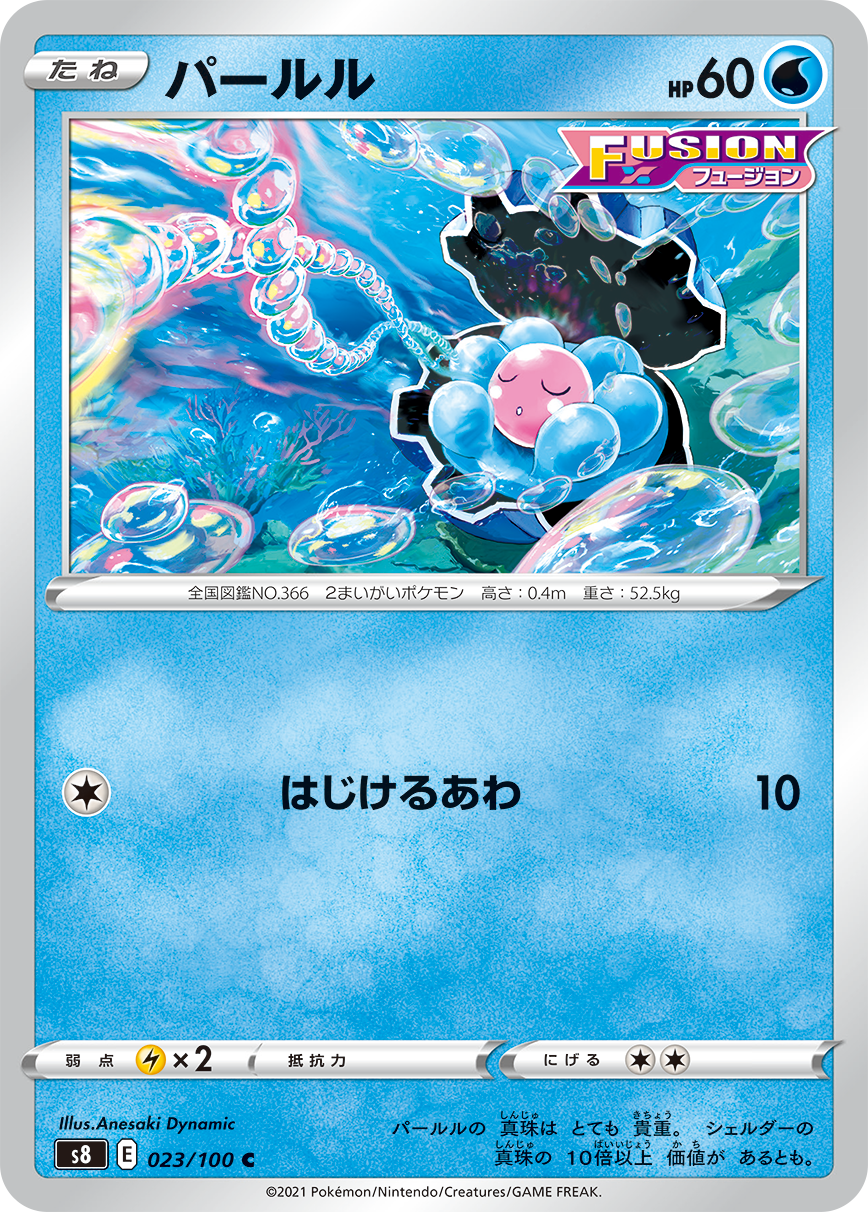 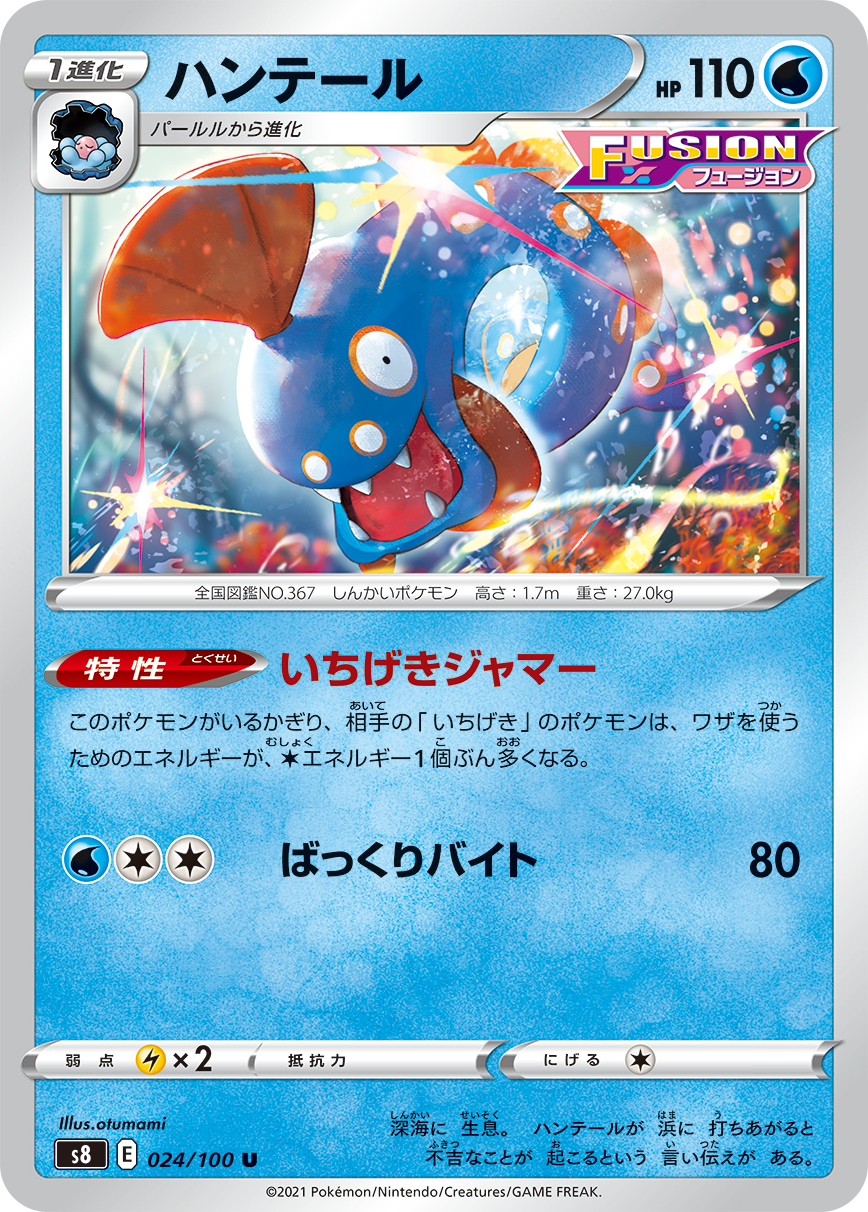 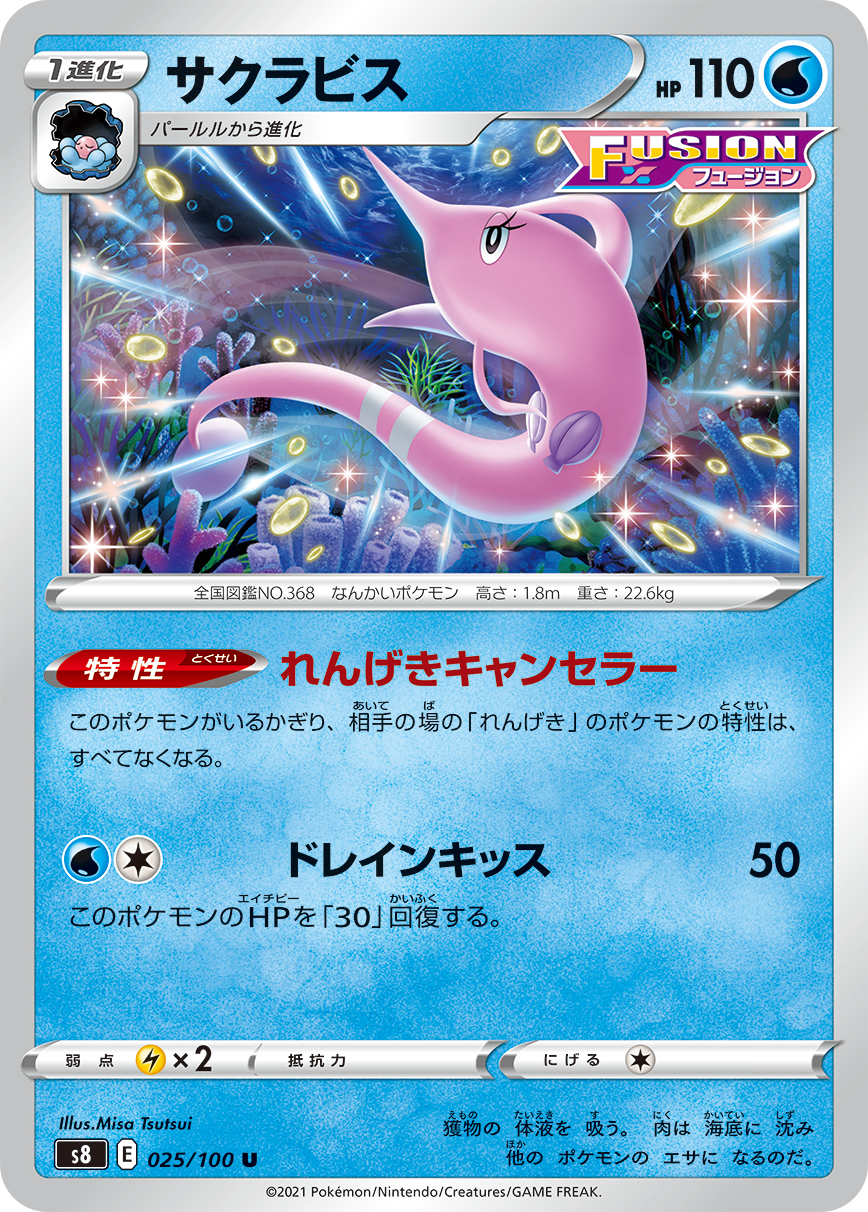 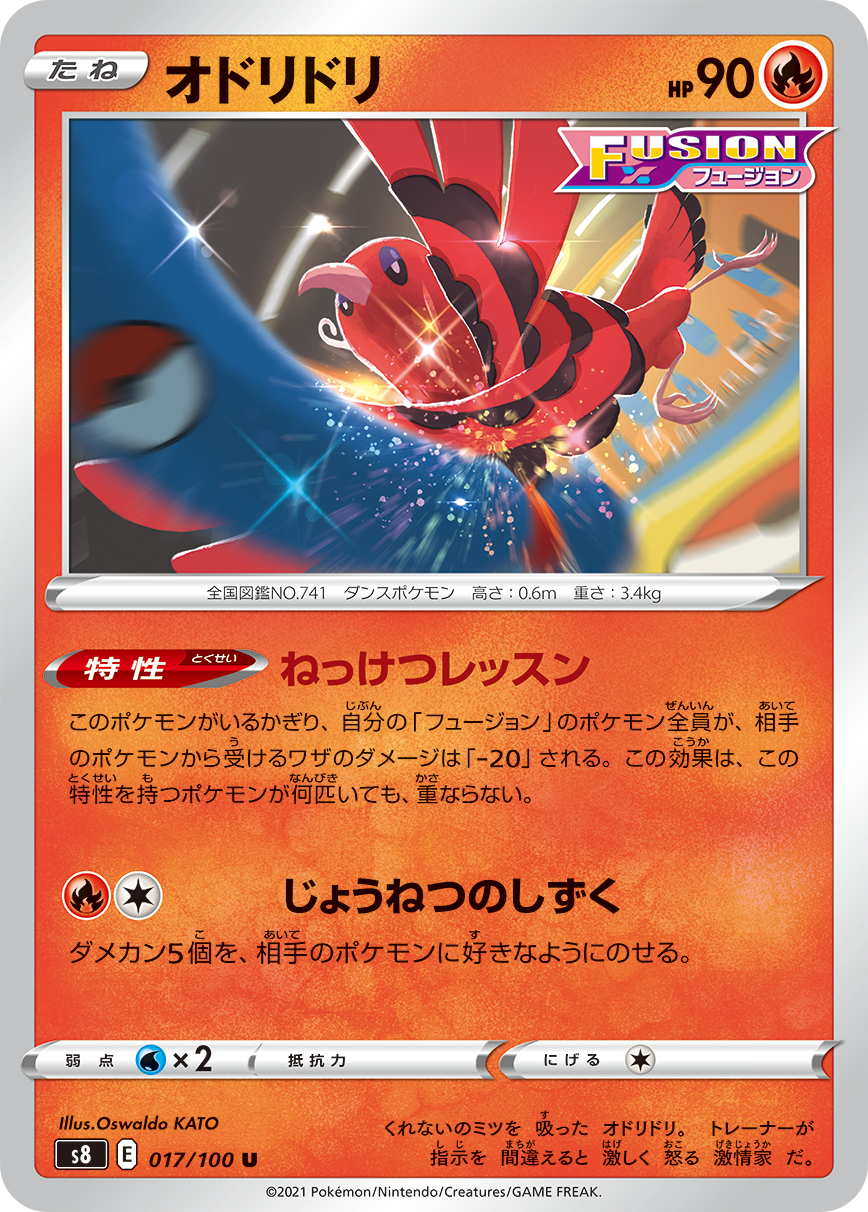 In the trait “Neketsu Lesson”, all of your “Fusion” Pokemon will take “-20” damage from their opponent’s Pokemon. The effects do not overlap, but you can increase the sense of stability by being on the bench alone. 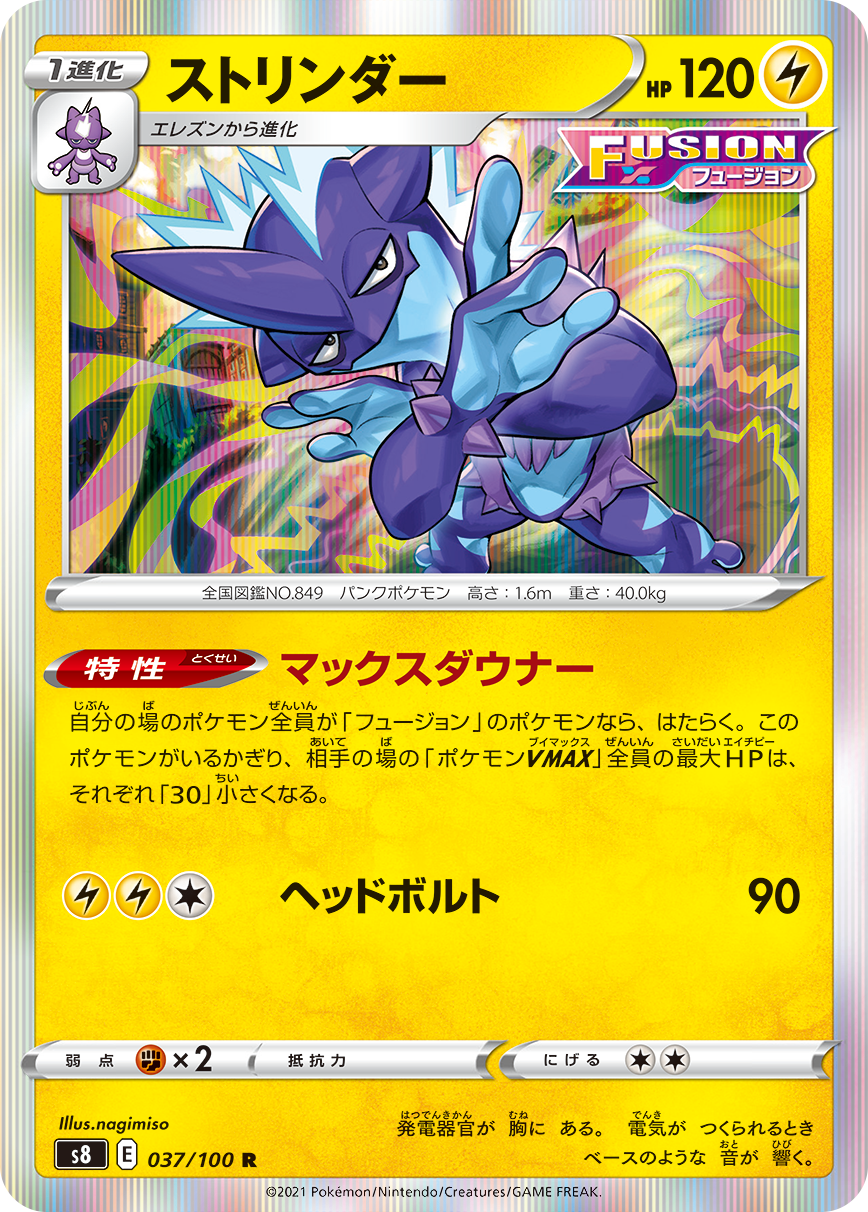 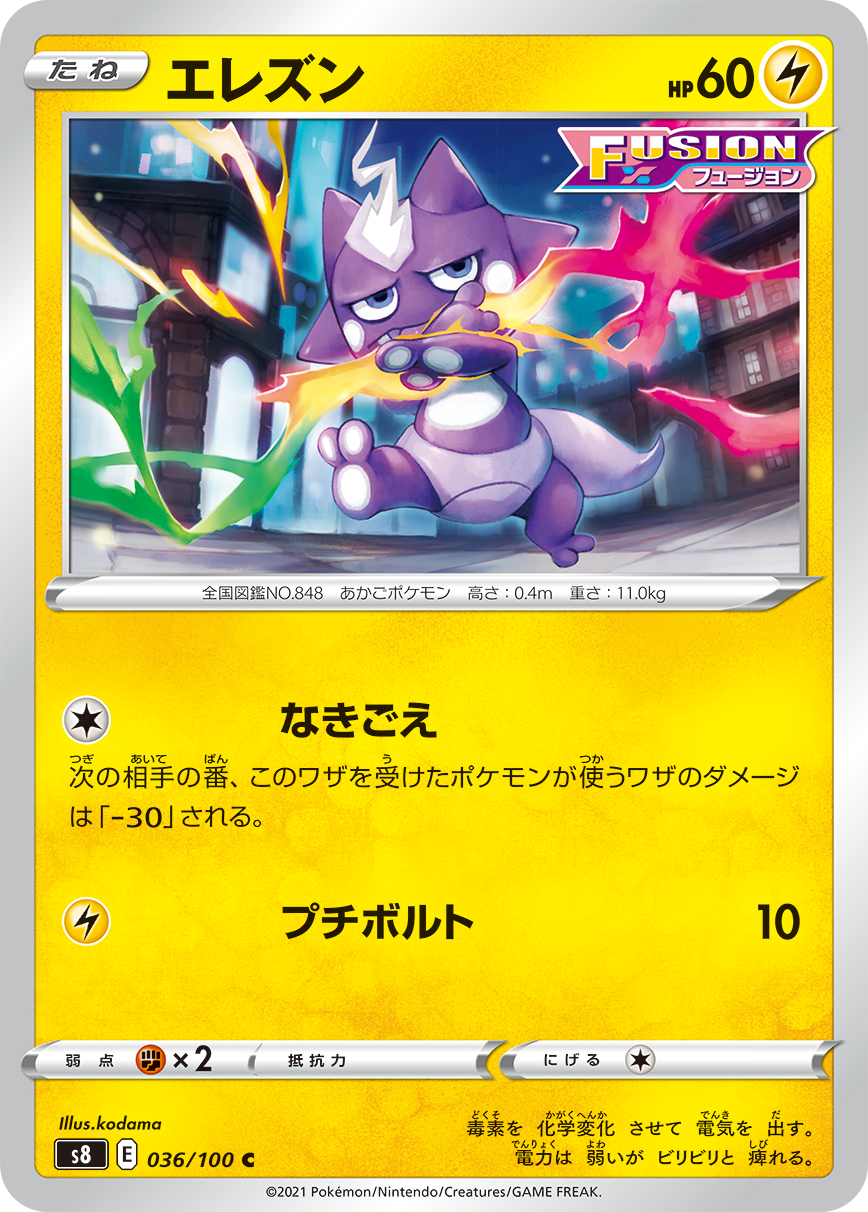 The trick “Trash Sketch” can be used with 1 colorless energy, and you can choose up to 2 “Fusion” trainers from your trash and add them to your hand. It is convenient because you can select and bring the card you want to use for the next turn. 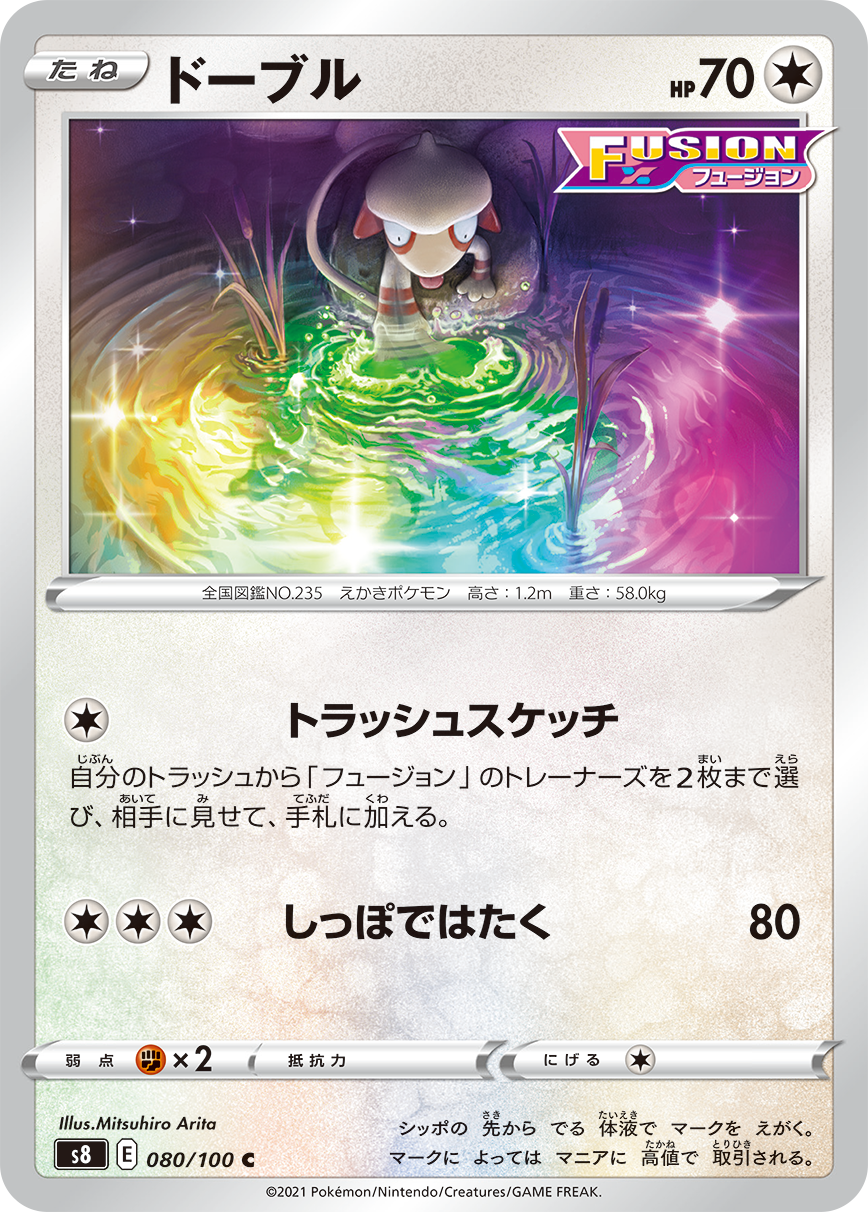 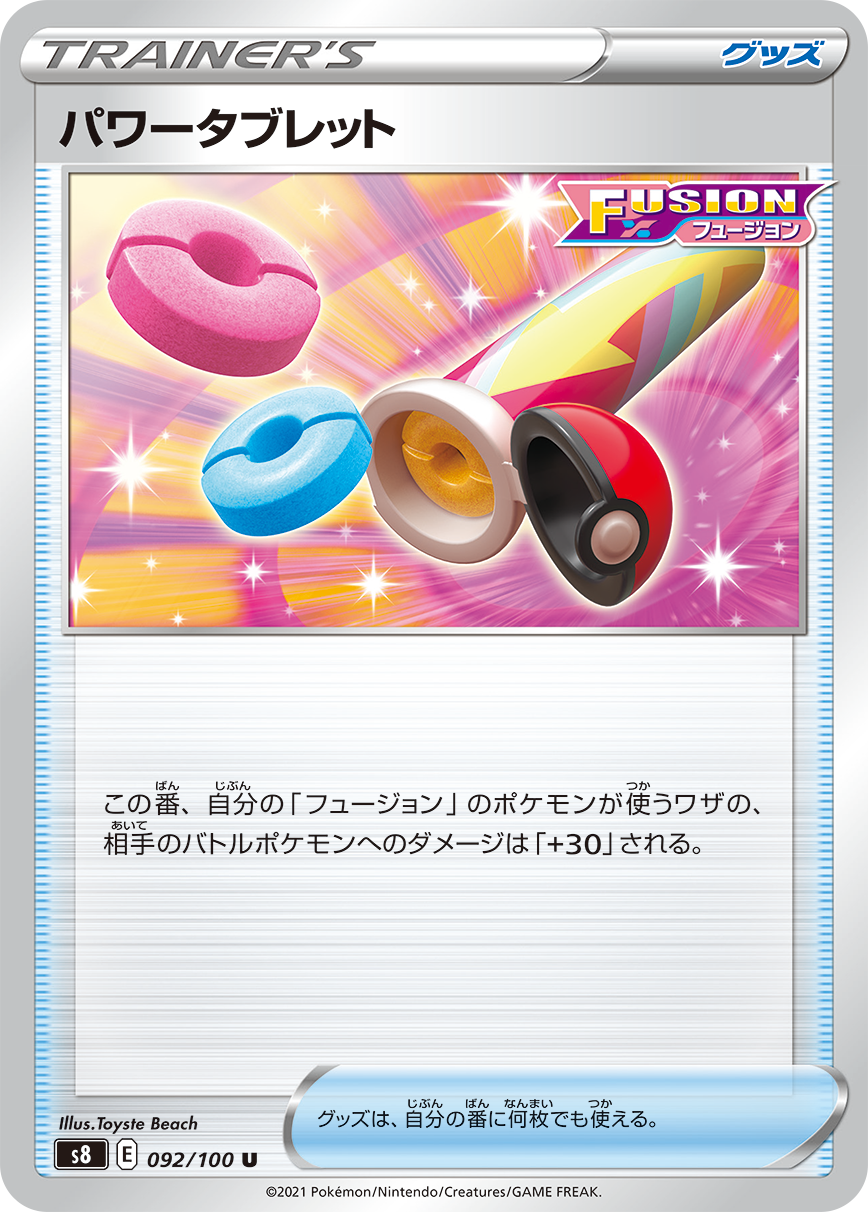 The damage to the opponent’s battle Pokemon by the skill used by your “Fusion” Pokemon is “+30”. It’s a convenient item that you can use a lot to aim for large damage or make up for a little less damage.

Support to attach one “Fusion Energy” from the deck to up to two of your own “Fusion” Pokemon. Powerful because it can accelerate energy. 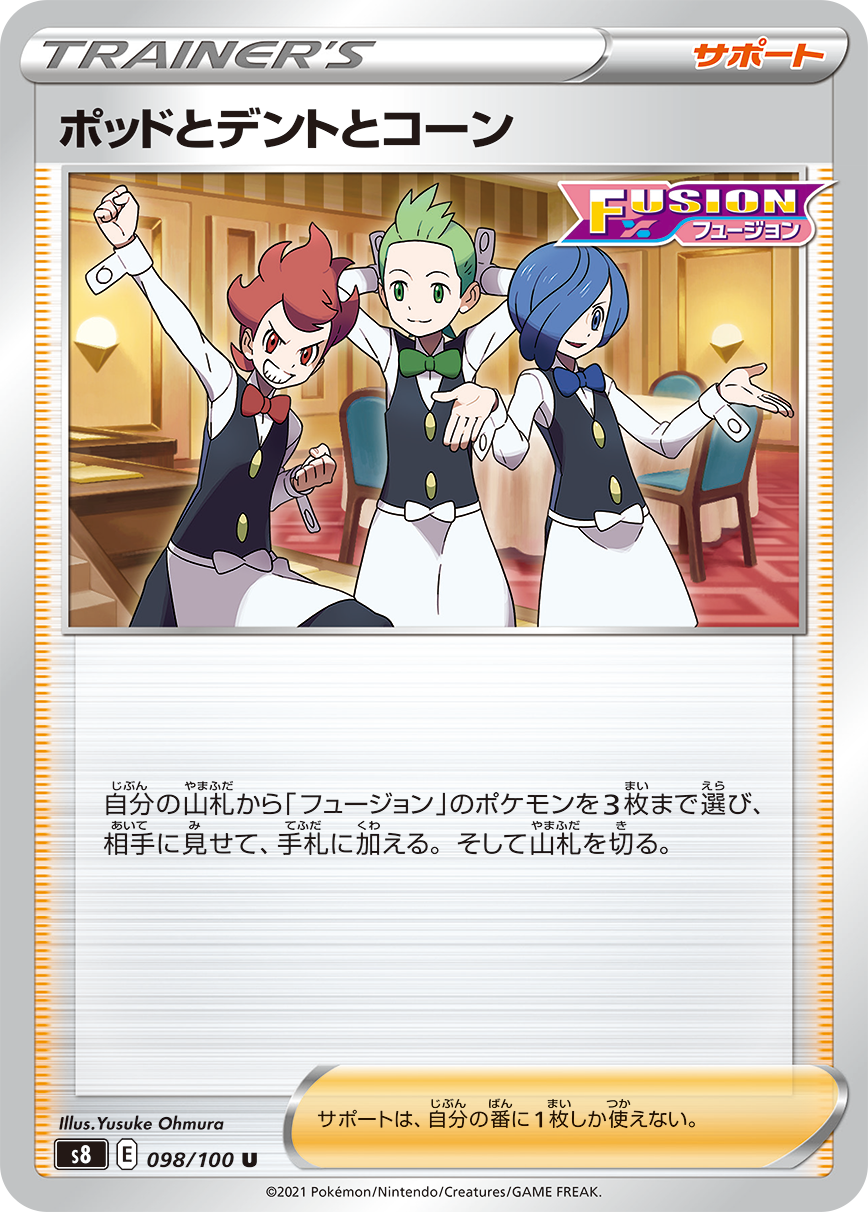 Support to add up to 3 “Fusion” Pokemon from your deck to your hand. It is effective to select and use Tane Pokemon and Evolved Pokemon according to the situation.

Energy that works as one energy of all types that can be attached only to “Fusion” Pokemon. In addition, the Pokemon with this card is not affected by the traits of the opponent’s Pokemon. 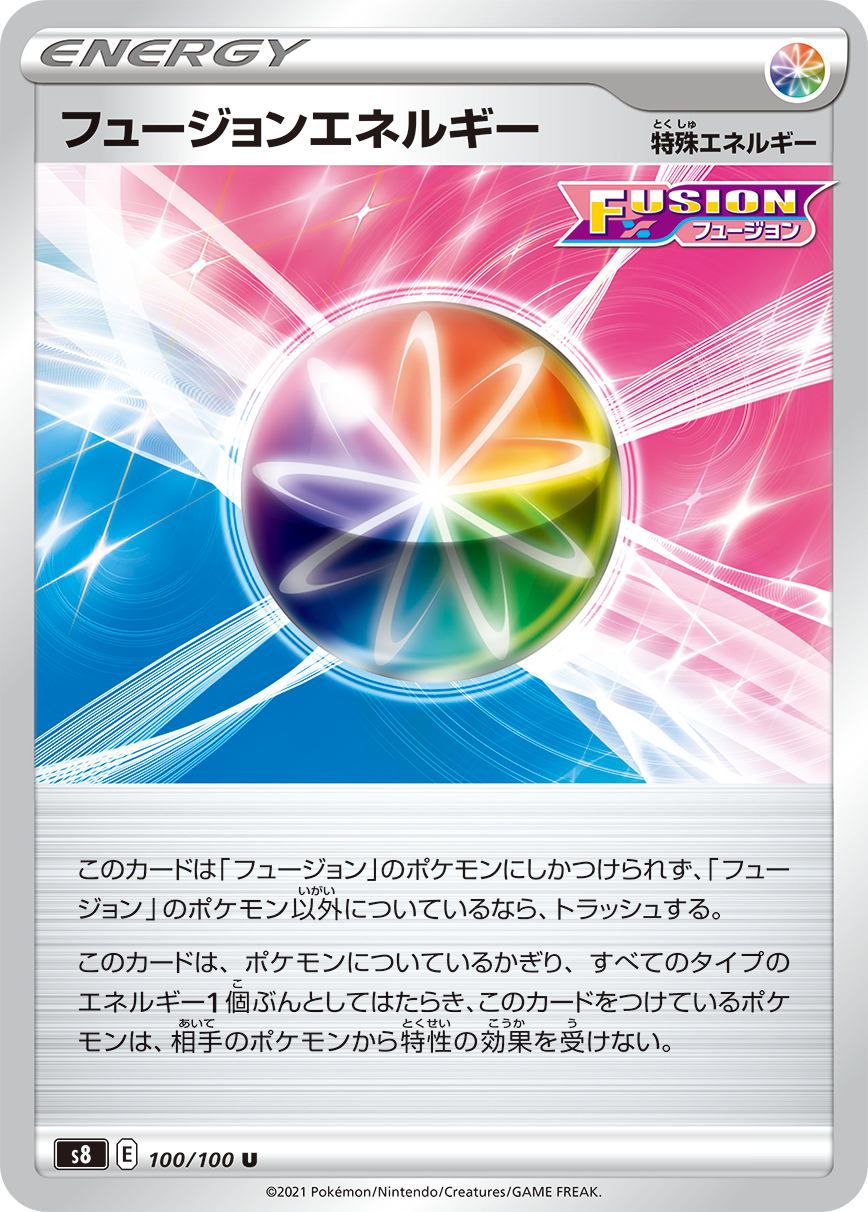