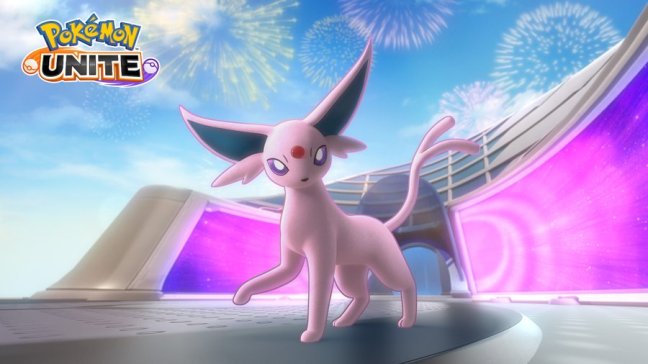 Pokémon UNITE is continuing to add new content, including new playable characters and in-game items, on a regular basis. Read on below to learn more:

(Psy)shock your opponents with this Ranged Attacker and its various Psychic-type attacks.

This Ranged Attacker is ready to take the battle to the opposition with a variety of mind-bending attacks. This Pokémon begins each match as Eevee, of course, and evolves into Espeon upon reaching Lv. 4. Eevee’s basic attack becomes a boosted attack with every third attack, dealing increased damage, while Espeon’s basic attack becomes a boosted attack after a set amount of time passes, causing Espeon to fire a beam in front of the itself. The beam deals increased damage to opposing Pokémon it hits and decreases their movement speed for a short time.

Eevee starts with the Anticipation Ability, which negates any hindrance that would affect Eevee and causes it to become immune to hindrances for a short time. When Eevee evolves into Espeon, its Ability becomes Magic Bounce, which functions similarly to Anticipation when Espeon would be affected by a hindrance. On top of that, Magic Bounce also deals damage to the opposing Pokémon that attempted to inflict the hindrance on Espeon and temporarily decrease that Pokémon’s movement speed. Both Anticipation and Magic Bounce go on a short cooldown after they’re triggered.

Eevee damages opposing Pokémon with Swift by shooting star-shaped rays at them. Using Growl against an opposing Pokémon deals damage to that Pokémon and decreases its movement speed for a short time.

At Lv. 4, Eevee evolves into Espeon, and Swift can be upgraded into Psyshock or Stored Power.

At Lv. 6, Espeon can upgrade Growl into either Psybeam or Future Sight.

There’s a lot going on with Espeon’s move Future Sight. When Espeon uses it, Espeon locks on to an opposing Pokémon, then deals damage a few seconds later to opposing Pokémon in an area of effect centered on the locked-on Pokémon. More damage is dealt the lower the locked-on Pokémon’s remaining HP is. While Espeon is locked on to an opposing Pokémon, its other moves will target that Pokémon whenever possible. Each time one of these moves deals damage, Future Sight’s cooldown is reduced.

If the locked-on Pokémon is on the opposing team and is knocked out before the area-of-effect damage is dealt, a single powered-up use of Psyshock or Stored Power becomes available for a short time. When Psyshock is powered up, it hurls stronger psychic projectiles at a designated location that also cause an explosion, dealing damage to opposing Pokémon in the area of effect. When Stored Power is powered up, it unleashes an increased number of psychic power blasts and restores Espeon’s HP when the blasts hit.

Finally, Future Sight can be upgraded to allow Espeon to deal increased damage to the opposing Pokémon that Future Sight is locked on to.

Your opponents won’t know what to expect when Espeon enters the fray. Set your sights on the Espeon event to get Espeon’s Unite license.

This Ranged Attacker will use its psychic power to predict your victory! Espeon arrives in Pokémon UNITE on 5/16.

We predict a free Pokémon license in your future! Complete missions in the Espeon event, and you can get Espeon's UNITE License for free! #PokemonUNITE pic.twitter.com/9NiwvTjzZu

Your mind is your most powerful weapon! Espeon joins #PokemonUNITE on 5/16. pic.twitter.com/1zoqbVx68B

Psychic Solare will lift opposing Pokémon into the air with psychic energy. Then, an explosion sends them flying! #PokemonUNITE pic.twitter.com/5DJRateliR

This Ranged Attacker uses its psychic power to predict your victory! Espeon arrives in #PokemonUNITE on 5/16. pic.twitter.com/IJqUJBHhv6

4 thoughts on “Espeon is now available in Pokémon UNITE as a new Ranged Attacker playable character, full overview revealed for all of Espeon’s moves including its Psychic Solare Unite Move” 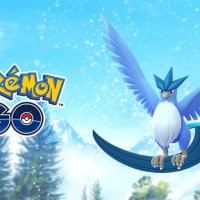