A deeper look at the artwork in the latest Pokémon TCG expansion, including an artist spotlight, Radiant Pokémon, and Hisuian Pokémon.

When a new expansion is released for the Pokémon Trading Card Game, we like to take a moment to reflect on the cards’ beautiful artwork and share some of our favorite pieces. With Sword & Shield—Astral Radiance, we’re taking special note of cards illustrated by AKIRA EGAWA and the brand-new Radiant Pokémon. This is also the first expansion featuring Pokémon that were originally discovered in the Hisui region, so don’t be surprised if you see a few of those as well. 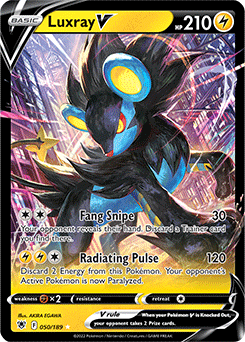 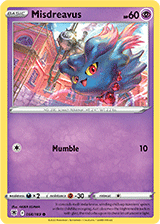 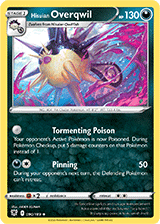 When looking at the cards of Sword & Shield—Astral Radiance, it’s hard not to notice the works of AKIRA EGAWA, an artist who delivers cards featuring expressive Pokémon amid detailed backgrounds. Take Luxray V for example. Its dynamic pose and intense expression display loads of personality, and the energy swirling around it hints at the Pokémon’s power. The darkened, sprawling city in the background seems a bit intimidating with its huge towers, but Luxray V appears ready to hold its own. Misdreavus is floating past Jubilife Village’s Galaxy Hall, a much more welcoming location, and the Pokémon’s cheerful smile reflects that feeling. Again, we see wisps of color around the Pokémon, but here they seem to express flowing movement instead of building power. On Hisuian Overqwil‘s card, the water churns with what appears to be the poisonous results of one of the Pokémon’s attacks. Given that angry look in Hisuian Overqwil’s eyes, we wouldn’t want to be close to that action. AKIRA EGAWA certainly has a way of putting us in touch with a Pokémon’s mood. 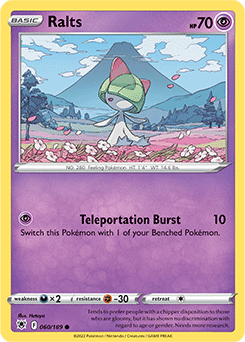 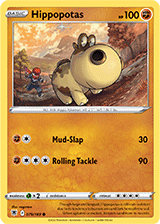 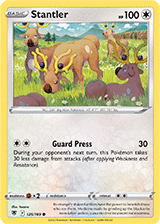 As mentioned above, Sword & Shield—Astral Radiance is the first Pokémon TCG expansion featuring Hisui, and it’s filled with both Pokémon and prominent locations from the region. When it comes to the Hisui region, there are no locations more prominent than Mount Coronet, the massive mountain that proudly stands in the center of the land. Look carefully, and you’ll see the mountain appear on several cards in this expansion. We love the humorous contrast of diminutive Ralts framed against the looming mountain. Hippopotas keeps a watchful eye on an approaching Trainer who doesn’t seem to notice that a space-time distortion is beginning to open above the distant mountain. Thankfully, things appear to have calmed down in this artwork of Stantler, and this herd of Pokémon is free to enjoy grazing in peace while admiring Mount Coronet on the horizon. 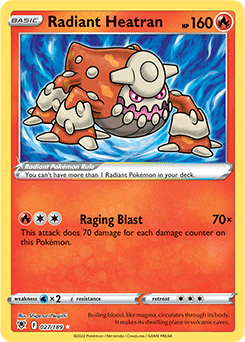 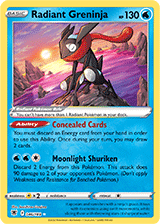 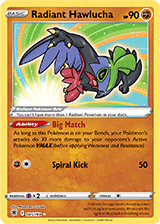 Also new to this expansion are Radiant Pokémon, special Shiny Pokémon that tend to have powerful Abilities or attacks that can shake things up during gameplay. They can prove so impactful that players are only allowed one Radiant Pokémon in their deck—but of course, you can have as many as you like in your collection! Radiant Heatran is looking bold with its bright reddish-orange coloring and the complementary blue aura around it. Its expression is likely meant to be fearsome, though we can’t help but think the bulky Pokémon is flashing us a friendly grin. Radiant Greninja must be thinking about how cool it looks, right? You don’t dramatically perch on a rocky precipice at sunset without considering the coolness factor. Radiant Hawlucha is too busy leaping into action to consider aesthetics, but we gotta say, it still looks pretty rad(iant). Its Shiny coloring is wild, and the swooping lines in the background give the image a sense of speed. 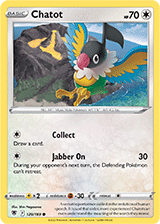 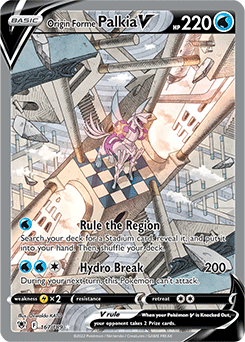 Artists can use the contrast between the size of their subject and its environment to add a sense of scale to their illustrations. We see this often on Pokémon TCG cards, but a few examples in Sword & Shield—Astral Radiance really stood out. For example, Hisuian Avalugg is a large Pokémon, but when it’s shown with other large objects like more Hisuian Avalugg, a cliff face, and Snowpoint Temple in the background, it appears even bigger (and more menacing). The same trick is used to a different effect with Chatot. Instead of emphasizing the Pokémon’s size, seeing Chatot so large against Firespit Island’s giant volcano tells us that the little Pokémon has flown extremely high. Anything to get away from that heat, we suppose! The alternate-art card for Origin Forme Palkia V recalls the reality-warping works of noted Dutch artist M.C. Escher. Given that Origin Forme Palkia (who stands an impressive 20’8″) looks so tiny amidst this background, this mind-bending setting must be incredibly vast. It almost makes us dizzy thinking about it! 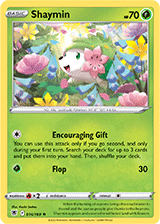 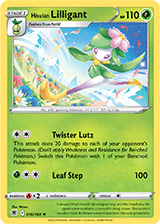 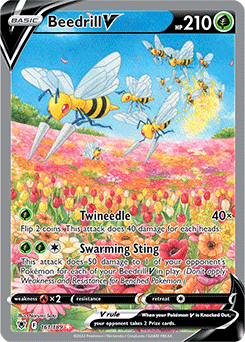 Have you ever run through a field of flowers? It’s a treat—the fresh air, the bright colors, the sweet smell, a recipe for an instant good mood. Then if you add a Pokémon into the mix? It’s just the best. If you need proof, check out these cheerful cards. Petite Shaymin almost gets lost among the foliage on its card, but look at that overjoyed expression. We’d love to wander through a forest of flowers taller than us, too. Hisuian Lilligant has a very different view of the flowery landscape, but it seems no less overjoyed. Its powerful legs are kicking up petals, resulting in a fabulous, multicolored display. Is it any surprise that a seemingly endless floral meadow would attract a swarm of Beedrill V? We probably wouldn’t stick around with that many stingers on display, but this seems like the perfect place for them to play.

There’s certainly a lot of great artwork to admire in the Pokémon TCG: Sword & Shield—Astral Radiance expansion. With over 180 cards, there are plenty of other wonderful pieces to discover, too. Pay close attention when you’re opening your booster packs—you never know when you might find a new favorite work of art.

2 thoughts on “Close look at the artwork in Pokémon TCG: Sword & Shield—Astral Radiance including an artist spotlight, Radiant Pokémon, Hisuian Pokémon and more”