Pokémon Masters, the new strategy and battling game for mobile platforms, is now available for download on the App Store (iOS) and Google Play (Android). In celebration of the game’s release, special in-game events and rewards are offered for a limited time. The following event is now underway:

Featured sync pairs have a higher chance of appearing than non-featured 5★ sync pairs. Don’t miss your chance to team up with this fair-exclusive sync pair!

This Sinnoh League Champion shakes
up her opponents with Earthquake!

We hope you continue to enjoy Pokémon Masters.

📝 Cynthia is not just the Champion of Sinnoh but also an archeologist who studies Pokémon history and mythology. Her love for Pokémon runs so deep, she went on an adventure as a child with her Pokédex.#PokemonMasters pic.twitter.com/qIBsBTXZJV

5★ Cynthia & Garchomp are coming soon to the sync pair scout! 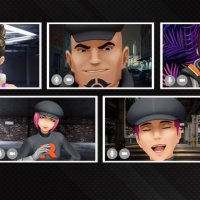