Niantic recently revealed full details for Season 2 of the GO Battle League for Pokémon GO. Read on below to learn more:

UPDATE: Trainers, we’ve identified a technical issue that needs to be addressed before we transition to Season 2 of GO Battle League. Due to this, we are delaying the start of Season 2 until Monday, May 11, 2020, at 1:00 p.m. PDT (GMT −7). Trainers will also be able to claim their end-of-season rewards then.

As April comes to a close, so does Season 1 of the GO Battle League. A lot has happened these past few weeks!

We kicked off the season with a celebration event that helped Trainers prepare for the GO Battle League, where they had the opportunity to catch powerful Pokémon—like Skarmory, Registeel, and Altered Forme Giratina—to add to their battle parties. As Season 1 continued, Legendary and Mythical Pokémon, such as Lugia and Darkrai, became available as GO Battle League reward encounters for the first time.

When Season 2 begins on Monday, May 11, 2020, at 1:00 p.m. PDT (GMT −7), be sure to check out the Battle screen to receive your end-of-season rewards, including an Elite Charged TM if you reached rank 7 or higher! Season 2 will rotate through leagues, as noted in the schedule below. Season 3 is planned to begin in early July. Please note that all these dates are tentative. Stay tuned—we’ll update you if anything changes.

For Season 2, the following will be the same as during Season 1.

There’ll be a few changes coming to the GO Battle League and Trainer Battles for Season 2.

We’re excited to announce some additional updates to Trainer Battles.

The following existing attacks have been updated in Trainer Battles.

Along with these updates to existing attacks, the following Pokémon will be able to learn an attack it couldn’t before.

Please be aware of your surroundings when playing Pokémon GO. Upcoming events are subject to change. Be sure to follow us on social media, opt in to receiving push notifications, and subscribe to our emails to stay updated. For the latest on in-game events and feature updates, be sure to check this help center article.

Trainers, we've identified a technical issue that needs to be addressed before we transition to Season 2 of GO Battle League. Due to this, we are delaying the start of Season 2. We will share more details on our official channels soon. Thanks for your patience and understanding.

Season 2 is coming! Here are some changes you can look forward to. 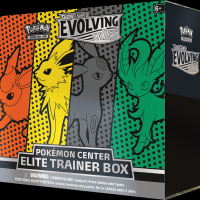 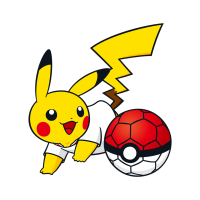