Pokémon: Battle Frontier episodes have arrived on Pokémon TV. Read on below to learn more:

Ash returns to the Kanto region to challenge the Battle Frontier in the ninth season of Pokémon the Series, now on Pokémon TV. 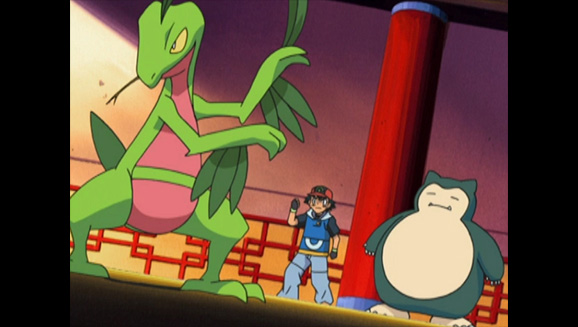 What’s in the Egg? 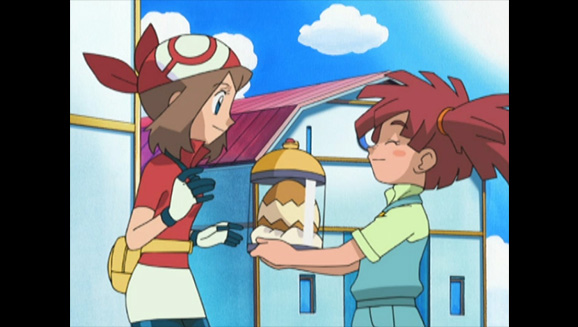 When Ash and his friends happen upon a farm run by people who raise Pokémon Eggs, May bonds with Nicolette, the daughter of the farmers. Team Rocket invades the farm, looking to swipe the valuable Eggs, but May steps up and helps drive the troublesome trio away. To thank May for her help, Nicolette’s parents give May a Pokémon Egg of her own (“May’s Egg-Cellent Adventure”). May tends to her precious cargo over the next several episodes until it finally hatches (“Time Warp Heals All Wounds”). But what Pokémon emerges from the Egg? C’mon, we don’t want to spoil the surprise! 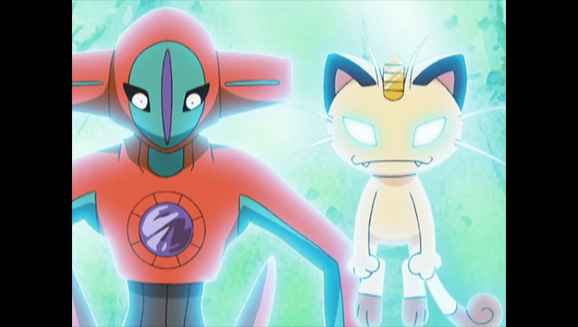 An unusual aurora appears in the sky, and technology starts going haywire—something strange is clearly going on! Luckily, Ash and crew cross paths with a Pokémon Ranger named Solana who’s helping wild Pokémon cope with the odd occurrences. She and her fellow Rangers think the problems may be related to some geomagnetic activity in the area, and the sudden appearance of Deoxys adds to the mystery (“Pokémon Ranger – Deoxys’ Crisis (Part 1)”)! It turns out Deoxys is distressed by the immense energy being emitted from a fallen meteorite, and the situation grows more dangerous when Deoxys possesses Team Rocket’s Meowth and vanishes into another dimension with May’s brother, Max. To rescue their friends, Ash and Team Rocket will have to join forces to find a way into Deoxys’s dimension and soothe the agitated Mythical Pokémon (“Pokémon Ranger – Deoxys’ Crisis (Part 2)”). 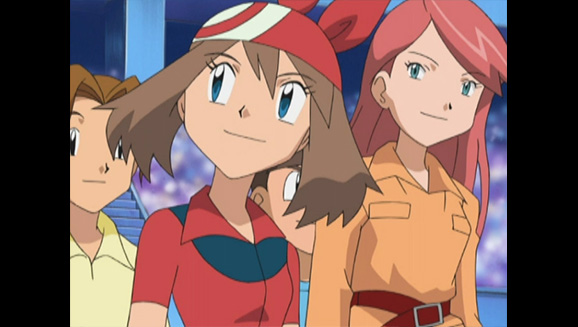 Ash, May, Brock, and Max have arrived at the Indigo Plateau, home of the Pokémon Contest Grand Festival! May’s been working hard as a Pokémon Coordinator, and her skills will be tested in this final challenge. Although May is nervous about the competition, a chat with fellow Coordinator Solidad helps boost her confidence (“May, We Harley Drew’d Ya!”). During the Grand Festival, May faces off against Harley and Drew, two of her fiercest rivals (“Thinning the Hoard!”). She certainly has what it takes, though, as she is one of the contestants to make it all the way to the final four (“Channeling the Battle Zone!”)! 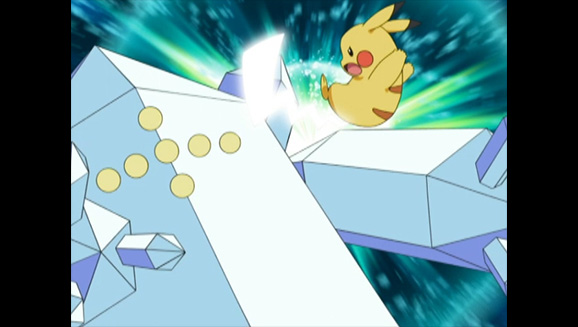 Remember the Battle Pyramid we mentioned earlier? Well, on their way there, Ash and friends fall into some ruins where they meet Brandon, the Pyramid King. It’s here where Ash faces off against Regirock, the first of Brandon’s trio of Legendary Pokémon. It’s an unusual battle, though, as our intrepid young Pokémon Trainer has become possessed by the spirit of the wicked King of Pokélantis (“Battling the Enemy Within!”). Later, Ash faces Brandon again in an official match in Fennel Valley. This time, he sends his Torkoal up against Brandon’s Registeel (“Overjoyed!”). Finally, Pikachu battles Brandon’s third Legendary Pokémon, Regice (“Pace – The Final Frontier!”). But does the little Electric-type Pokémon have what it takes to win the Brave Symbol?

This is just a taste of what’s in store for Ash and company in Pokémon: Battle Frontier, so don’t miss out on the whole story! Remember that you can load up the Pokémon TV mobile app and enjoy these classic episodes on the go!