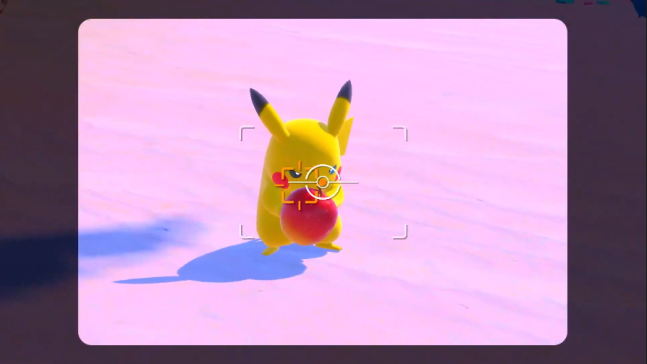 Reviews are in for New Pokémon Snap and most critics seem to love the game! Read on below to learn more:

Embark on a photographic Pokémon adventure and explore the picturesque natural expanses of the Lental region!

The game plays at just the right speed so that you’re desperate to try again to get the perfect snap, but without it feeling overwhelming and absurdly complex. I will admit that for those who aren’t so big on replaying levels, it may get tiring. Still, it helps that the personalities of the Pokémon really shine through, the cheeky Scorbunny, the cheerful Grookey, the bouncy Pichu; why wouldn’t you want to go and spend more time with them?

New Pokemon Snap could very well be the next “chill” hit for Nintendo in the vein of last year’s Animal Crossing: New Horizons. The game itself has very low stakes, but there’s still lots to explore and find, and it should be a great distraction for players over the rest of the spring and summer. New Pokemon Snap is an impressive re-debut for the Pokemon Snap franchise and should hopefully give Nintendo and The Pokemon Company motivation to make additional Pokemon Snap games. Less than a quarter of all Pokemon species is represented in New Pokemon Snap, so there is certainly room for more exploration, more discovery, and more photos in the future.

New Pokémon Snap is a stunning experience that, at its best, feels like Pokémon for the first time.

New Pokémon Snap delivers an experience similar to that of the original while expanding on the formula in ways that prolong the appeal of the expedition. In the two decades since the first game’s release, the Pokémon world has changed in innumerable ways, but the simple appeal of immersing yourself in this universe and taking pictures has remained unchanged.

New Pokémon Snap isn’t going to blow your mind in any way, but what it is, is a really fun, very pure title that is perfect for those with a penchant for photography, wonderful for the established Pokémon fan, and a zen, relaxed experience for everyone else.

New Pokémon Snap arrives 20 years later. This sequel collects all the essence of the classic Nintendo 64 title and tries to expand it in a somewhat improvable way. If you want a different experience but with your beloved Pokémon, this game may be perfect for you.

New Pokemon Snap on the Nintendo Switch is a worthy follow-up to the N64’s beloved photo game. It blends the classic gameplay with cool, contemporary touches.

New Pokémon Snap is a photography game with occasionally clunky progression, but which is eager to show off its delightful subjects and let them surprise you.

If, like us, you’ve been waiting a significant chunk of your life for a sequel to Pokémon Snap, then you’re in luck; New Pokémon Snap brings back almost everything that made the original special and fleshes it out into a much more elaborate game. This is something you can sink some serious time into and while there are some minor frustrations and pacing issues in the story, playing freely at your own pace is a pure joy. The original has gone down in history possibly as Pokémon’s greatest spinoff, and it may have just been dethroned.

Fans clamored for a Pokemon Snap remake for years, and with New Pokemon Snap, we’ve gotten even more than we bargained for: a great sequel that pulls from all eight generations of Pokemon released so far, dynamic courses that can be explored during both daytime and nighttime, and the ability to create an album of edited, personalized Pokemon photos (which you can then print or post online, a fitting evolution of the game in the social media era). Though there’s sometimes a disparity between photos that make it into your Photodex and the ones you like the most, the core motivation of catching a Pokemon doing something particularly cool remains the driving force and the satisfying draw of New Pokemon Snap. 20 years later, taking photos of Pokemon in the wild remains as fun and exhilarating as it always was, and though it’s been a long time coming, New Pokemon Snap was worth the wait.

New Pokemon Snap is exactly what the name implies. It is a new Pokemon Snap and that’s it. It doesn’t reinvent the gameplay, nor does it add to it or even clean it up. Quality of life issues that were present in 1999 stand proudly untouched in 2021. That being said, if you just wanted another Pokemon Snap, this is exactly that. It is significantly bigger than the original, and photo editing options in combination with Twitter and Facebook integration make it a somewhat more social experience. While it is easy to say this is the definitive Pokemon Snap experience, I can’t help but find myself wanting something that truly feels new rather than simply more. New Pokemon Snap is a loyal-to-a-fault sequel, that hopefully harkens to something a bit more adventurous down the line.

It gives the player just enough story and intrigue to press on through a grindy midgame focused on revisiting maps.

It is still enjoyable, because the Pokémon themselves are so interesting to look at; it’s just not wildly exciting. It’s a laid-back game and one that offers many hours of gentle photographic research to anyone drawn to Pokémon’s weird world – whether you’re a veteran of 90s Pokémania, or a nine-year-old. 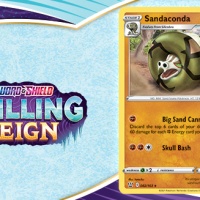 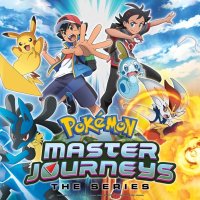