The entire season of Pokémon: Black & White has arrived on Pokémon TV. Read on below to learn more:

Ash and Pikachu arrive in the Unova region, where they make new friends and meet all sorts of new Pokémon.

Ash explores a new land filled with new rivals, new challenges, and new Pokémon in Pokémon: Black & White, the latest season of Pokémon the Series to arrive on Pokémon TV. In this 14th season of Pokémon the Series, Ash decides to go on a journey through the distant Unova region. There, he discovers Pokémon he’s never seen before…and that he can’t wait to catch! He may have Pikachu at his side, along with new friends Iris and Cilan, but he’ll still need plenty of new Pokémon on his team if he wants to challenge Unova’s expert Gym Leaders. Prepare yourself for this season by taking a look at some of the important events that will unfold in Pokémon: Black & White. Then, dive in and enjoy the show! 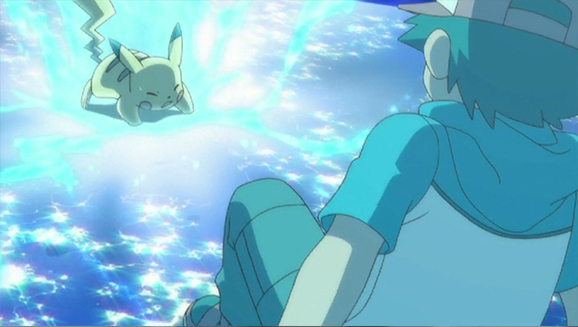 Journeying into a new region means a whole new set of adventures for Ash and Pikachu, and the excitement starts as soon as they arrive in Unova (“In the Shadow of Zekrom!”). During a sudden storm, Pikachu is hit by a massive amount of electricity. Strangely enough, this results in Pikachu being unable to use any of its Electric-type moves! Could this event be tied to the Legendary Pokémon Zekrom? Ash also encounters a girl named Iris and her partner Pokémon Axew, who require a bit of assistance when they cross paths with Team Rocket (“Enter Iris and Axew!”). Despite her assertion that Ash acts “like a kid,” Iris decides to join him on his travels. 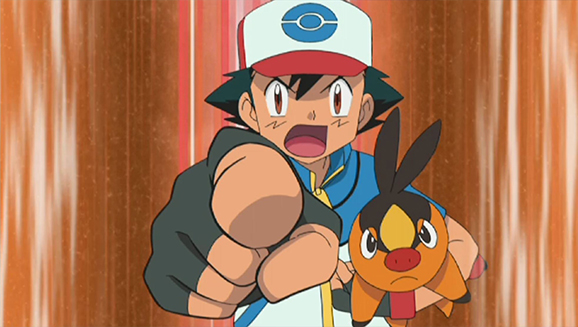 The Unova region was first featured in the Pokémon Black Version and Pokémon White Version video games. At the beginning of those adventures, players could choose Snivy, Tepig, or Oshawott to become their first partner Pokémon. Having just one of these Pokémon isn’t enough for Ash, though, as he wastes no time adding all three of them to his team. We meet Oshawott in the season’s first episode, but it doesn’t formally join Ash’s team until a few episodes later (“A Sandile Gusher of Change!”). Ash then rescues an abandoned Tepig (“The Battle Club and Tepig’s Choice!”) before taking on an especially wily Snivy (“Snivy Plays Hard to Catch!”). With these three cool Pokémon by his side, Ash is well prepared to face any challenges in Unova. 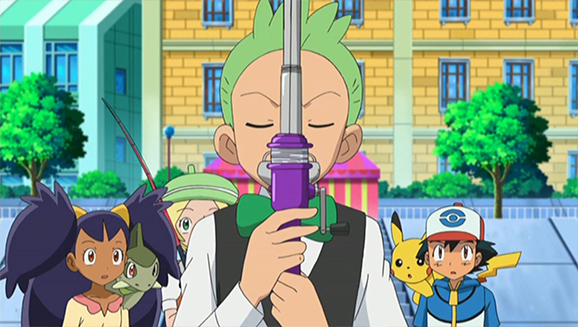 Each region that Ash explores has its own unique aspects, and Unova is no different. Here, Ash is introduced to Pokémon Connoisseurs, people who are experts in how well a Pokémon Trainer is matched with their Pokémon. Ash encounters his first Pokémon Connoisseur when he meets Cilan, one of the Striaton City Gym Leaders (“Triple Leaders, Team Threats!”). Cilan eventually joins Ash and Iris, and the trio cross paths with another Connoisseur named Burgundy (“A Connoisseur’s Revenge!”). Amusingly enough, we also learn that Cilan considers himself to be a Connoisseur of multiple disciplines, including fishing (“A Fishing Connoisseur in a Fishy Competition!”) and movies (“Movie Time! Zorua in ‘The Legend of the Pokémon Knight!’”). 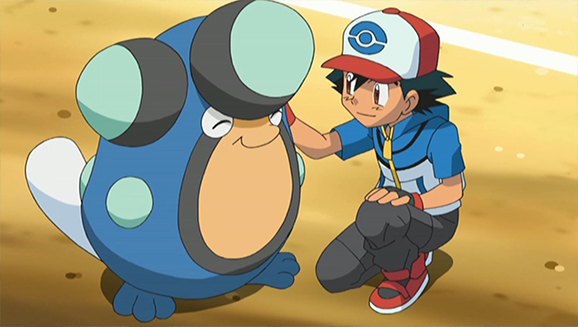 Ash faces off against several Gym Leaders during Pokémon: Black & White, but toward the end of the season, our heroes arrive in Nimbasa Town just in time for the Pokémon Club Battle Tournament (“Reunion Battles in Nimbasa!”). Lots of friends and rivals are also entering the event, giving Ash, Iris, and Cilan plenty of competition. Sixteen Trainers start the tournament, but only one can come out on top, and the action plays out over the course of four episodes. We won’t reveal who makes it to the finals, but it’s bound to be an exciting battle to see who wins the coveted Top-Class Driftveil Wing Set (“Club Battle Finale: A Hero’s Outcome!”)! 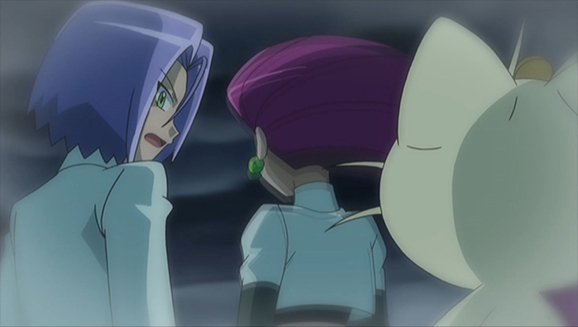 After the Pokémon Club Battle Tournament, Ash and his friends are on their way to Nimbasa City when they encounter Meowth. In a shocking twist, they discover that the poor Pokémon has been fired from Team Rocket (“Meowth’s Scrafty Tactics!”)! After proving his willingness to help out our heroes by dealing with a troublesome Scrafty, Meowth joins Ash’s traveling party. Meowth’s ability to speak to both humans and Pokémon proves extremely useful, but Jessie and James seem to be lurking in the background, working on a nefarious scheme. Once Team Rocket puts their plans into motion, will Meowth maintain his allegiance, or will Ash and company have to prepare for trouble (“Crisis from the Underground Up!”)?

Even with all this action, there are still plenty more episodes to enjoy in Pokémon: Black & White. Tune in to Pokémon TV to see what other adventures are in store for Ash, Pikachu, and their new friends. Remember that you can load up the Pokémon TV mobile app and enjoy these classic episodes anywhere!

What else is in store for our hero? Find out in Pokémon: Black & White, coming to #PokemonTV!