Classic episodes of Pokémon: Master Quest have arrived on Pokémon TV. Read on below to learn more:

Watch our hero travel to the Whirl Islands and compete in the Johto League Silver Conference in Season 5 of the animated series.

Ash and his friends have reached the final step up the ladder of their journey through the Johto region in Pokémon: Master Quest, which is now available to watch on Pokémon TV. But that doesn’t mean that this fifth season of Pokémon the Series is going to be easy. Plenty of challenges await our heroes as they make their way to the Johto League Silver Conference. You can catch the entire season now, but before you do, read on to get a sneak peek at some of the adventures that await. Then, kick back, tune in to Pokémon TV, and experience the excitement for yourself!

A Whole New Whirl We Live In 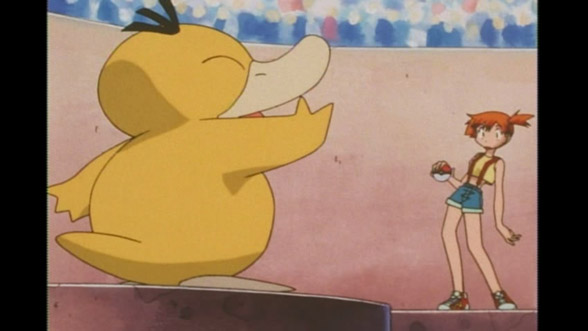 Pokémon: Master Quest wastes no time diving into the action! The season begins with a multi-episode storyline that sees our heroes travelling to the Whirl Islands. Their trip ends up being a bit more treacherous than expected, thanks to some interference by Team Rocket, but once they arrive, Ash and company learn of a competition to determine the Whirl Island Champion (“Around the Whirlpool”). This tournament is focused on Water-type Pokémon, so Ash has some fierce competition when Misty enters as well (“Octillery the Outcast”). When the two face each other in the second round, it’s anyone’s guess who will win the battle. Of course, the victor of that battle still has a way to go before the finals (“The Perfect Match”). Even when the champ has been decided, there’s still plenty to do on the Whirl Islands. Ash and friends learn the legend of a mysterious Pokémon that once rescued a boatload of people from a tragic shipwreck (“Hi Ho Silver… Away”). Their quest to discover this Pokémon reveals it to be the Legendary Pokémon Lugia, and it has a surprising little secret (“The Mystery is History”). When Team Rocket gets involved, though, it spells trouble for our heroes. Nevertheless, Ash is determined to save Lugia (“A Promise Is a Promise”). 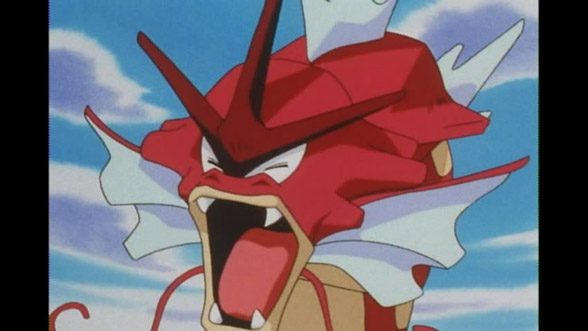 With their Whirl Island adventures behind them, Ash, Misty, and Brock continue their trek through the Johto region. They come across a lake that is home to an unexpected Pokémon—a red Gyarados! They also meet Tyson, a high-ranking member of Team Rocket who is leading a Team Rocket effort to control Pokémon Evolution. Tyson even manages to dupe Jessie, James, and Meowth in assisting with their plan. Still, when Ash sees a Pokémon in distress, he can’t help but lend a hand (“Talkin’ ’bout an Evolution”). Our heroes team up with Lance, the Champion of the Indigo League Elite Four and a member of the Pokémon G-Men, a covert team that investigates those who mistreat Pokémon. Together with his Dragonite, Lance assists Ash and his friends as they attempt to stop Team Rocket and their nefarious Pokémon Evolution Inducement machine (“The Rage of Innocence”). 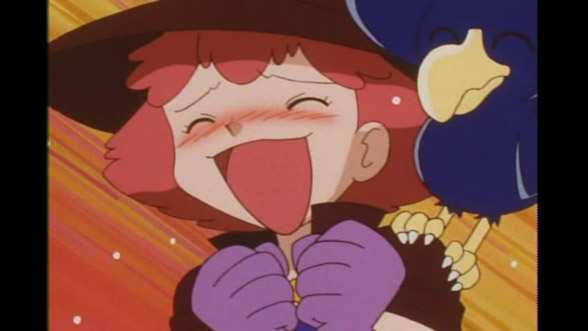 There have been some strange occurrences in the world of Pokémon, but nothing has prepared Ash for his encounter with Lily. This young practitioner of Pokémon magic is working on a spell that will allow humans to understand the thoughts and feelings of Pokémon, but in order to complete it, she needs a variety of Pokémon-related ingredients. Naturally, Ash wants to see this spell in action, so he, Brock, and Misty set off to retrieve the necessary items. Magic turns to mayhem when Team Rocket gets their greedy mitts on Lily’s spell book, but as usual, Ash rushes to the rescue. Once the ingredients have been gathered and the spell is ready to be performed, the results may not be what Ash was expecting…(“Hocus Pokémon”).

A Trio of Kanto Friends 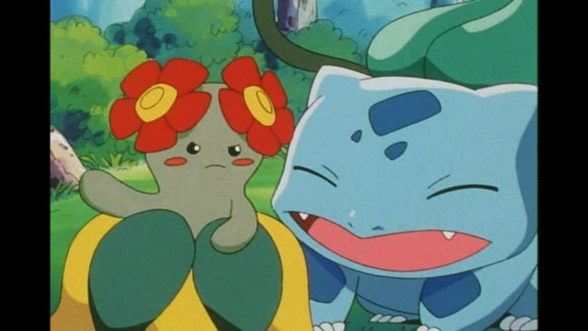 Ash meets plenty of Pokémon throughout his adventures, but he never forgets the Pokémon friends he made during his early adventures shortly after leaving Pallet Town. And Pokémon: Master Quest features some great appearances by three Kanto region favorites. It seems that the Pokémon at Professor Oak’s lab have begun fighting amongst themselves. The professor knows that Ash’s Bulbasaur is skilled at making peace between Pokémon and asks Ash for Bulbasaur’s help. However, Ash has a tough decision to make when Professor Oak asks Bulbasaur to stick around the lab to continue maintaining good spirits (“Bulbasaur…the Ambassador”). Ash has said goodbye to other Pokémon during his travels, but they will occasionally meet up for a reunion. That’s the case with Ash’s Charizard, who had previously stayed behind to train at Charicific Valley back in the third season (“Charizard’s Burning Ambition”). Liza, who maintains the valley, has taken Charizard on a trip for some extra training when they cross paths with Ash—and just in time to stop Team Rocket from enraging a powerful Dragonite (“Great Bowls of Fire”). Likewise, when Ash finally makes it to the Johto League Silver Conference, he receives some unexpected help when Officer Jenny arrives on the scene accompanied by Ash’s Squirtle, who wishes to help him battle an opponent that favors Fire-type Pokémon. But what will happen when Squirtle finds itself going up against an Electric-type opponent (“Love, Pokémon Style”)? 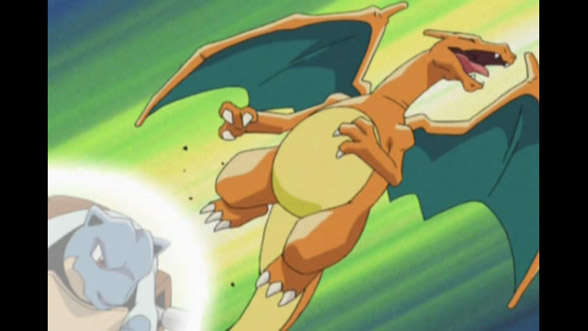 As mentioned above, Ash does indeed enter the Johto League Silver Conference Tournament, but not before a lending a hand to make sure the opening ceremony goes off without a hitch. As he arrives in Silver Town, he discovers that there’s trouble at the Ho-Oh Shrine, where the Silver Conference Torch begins its run to mark the start of the tournament (“Pop Goes the Sneasel”). Ash qualifies for the Johto League competition alongside his longtime rival, Gary Oak, and a new rival, Harrison, a Trainer from Littleroot Town in the Hoenn region (“A Claim to Fame”). Once the action gets underway, Ash finds himself in the midst of some challenging matches, including—sure enough—a bout against Gary himself (“The Ties That Bind”). Their battle reaches its climax with a dramatic match-up between Ash’s Charizard and Gary’s Blastoise (the final evolved form of the Squirtle that Gary received from Professor Oak when Gary began his Pokémon journey), and the results might just change Ash and Gary’s relationship forever (“Can’t Beat the Heat”)! Spoiler alert: Ash makes it to the final round where he goes up against Harrison (“Play with Fire”). The two give their all in this intense battle, and it leads up to a fiery finish. But only one Trainer can come out on top (“Johto Photo Finish”)!

But this isn’t all the action that you’ll see in Pokémon: Master Quest. Tune in to Pokémon TV to catch the full story. Remember, you can watch the entire season by visiting watch.pokemon.com or by loading up the Pokémon TV mobile app to enjoy these classic episodes on the go!

Hop over to #PokemonTV to join Ash, Pikachu, and their friends as they continue their travels in Pokémon: Master Quest!