The Pokémon Company and Niantic are continuing to announce new events and content for Pokémon GO. Read on below to learn more:

Make the most of your Pokémon GO Fest experience with these tips!

This year’s Pokémon GO Fest is just around the corner, taking place on June 4, 2022, and June 5, 2022, from 10:00 a.m. to 6:00 p.m. local time each day. That’s 16 hours to catch, battle, raid, and research, so if you want to make the most of your Pokémon GO Fest 2022 experience, it’s time to start prepping! The details of your preparations will depend on whether you’re purchasing a Pokémon GO Fest ticket and whether you plan on attending an in-person community event—but either way, there’s plenty of excitement in store. Read on to learn how to purchase a ticket (and a ticket for your friend if you’re feeling generous), which Shiny Pokémon will be appearing, and what to expect on each day of the event.

From stocking up on essential items to practicing useful skills, here are some things you can do to enhance your Pokémon GO Fest experience. 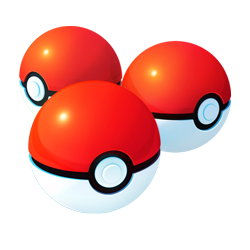 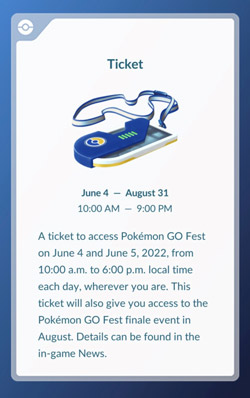 Event tickets are available in the Pokémon GO in-game shop for US$14.99 (or the equivalent pricing tier in your local currency). Trainers can now gift event tickets to friends with whom they’ve achieved a friendship level of Great Friends or higher. Trainers with tickets for Pokémon GO Fest can complete Special Research tasks to earn an encounter with Land Forme Shaymin. Ticket holders will also have a better chance of meeting Shiny Pokémon both in the wild and when using Incense, especially on Saturday.

Pokémon to look out for 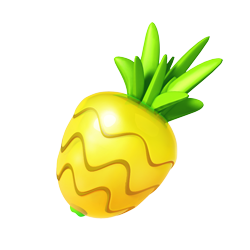 With more than 70 Pokémon appearing throughout the event, there’s no shortage of exciting Pokémon to catch during Pokémon GO Fest! If you’re aiming to complete each habitat hour’s Collection Challenge, you’ll likely be trying to catch at least one of every Pokémon you encounter. But if you’re looking for Pokémon that will give you an edge in the GO Battle League, there are a few Pokémon in particular that you might want to look out for. Some of the Pokémon you’ll find may need to evolve, be powered up, or learn a second Charged Attack to perform well in the GO Battle League, so try to catch as many you can to earn ample Candy and Stardust.

Alolan Grimer will be appearing during the City habitat hour. And while Alolan Grimer is not particularly competitive in GO Battle League, its Evolution—Alolan Muk—is effective in the Great League and very useful in the Ultra League. Alolan Muk’s only real vulnerability is to Ground-type attacks, and its own Poison-type attacks pose a threat to many popular Pokémon including Venusaur, Clefable, Meganium, Abomasnow, and Sylveon.

If you’re interested in adding a Master League powerhouse to your GO Battle League lineup, get ready to catch as many Drilbur as possible during the Plains habitat hour. Drilbur’s Evolution, Excadrill, is highly rated in the Master League and is an excellent counter against popular Pokémon like Metagross, Togekiss, Dialga, Zekrom, and Melmetal. Excadrill’s Ground-type Charged Attack Drill Run powers up quickly, and Excadrill is resistant to many of the Psychic-, Dragon-, and Fairy-type Pokémon that tend to show up frequently in the Master League.

With the adorable Mudkip appearing during the Rainforest habitat hour, it’s the perfect opportunity to add its second Evolution—Swampert—to your GO Battle League lineup. The Mud Fish Pokémon dominates in the Great League and the Ultra League, due largely to the fact that its only weakness is Grass-type attacks. Fortunately, Swampert’s Poison-type Charged Attack Sludge Wave makes Swampert effective even against Grass-type Pokémon. Its Fast Attack Mud Shot generates energy very quickly, and the Charged Attack Muddy Water charges quickly as well.

Swinub will be appearing during the Tundra habitat hour, offering Trainers an opportunity to add some Ice-type power to their Master League lineup. Because so many prominent Pokémon in the Master League are vulnerable to Ice-type attacks, Swinub’s second Evolution, Mamoswine, excels in the competition. In addition to posing a threat to Ground-, Flying-, and Dragon-type Pokémon, Mamoswine’s Ground-type attacks effectively counter both Metagross and Melmetal.

Make sure you're geared up for the weekend with our prep guide: https://t.co/2ObikkIkln#PokemonGOFest2022 pic.twitter.com/6BzB6THOlv