Pokémon GO is among the most popular mobile apps that are continuing to perform extremely well in terms of accumulating massive amounts of revenue on a regular basis. Read on below for some interesting statistics from the folks at Sensor Tower:

By 2026, global consumer spending on premium apps, in-app purchases, and subscriptions will reach $233 billion across Apple’s App Store and Google Play. This is 77 percent higher than the $132 billion consumers spent in 2021. Our latest market forecast using Sensor Tower Store Intelligence data, available now, analyzes the long-term effects of current market trends as well as how consumer habits will evolve over the next five years.

Although consumer spending habits have normalized since the initial spike during the pandemic, gross revenue on both app stores will continue to climb each year with a 12 percent compound annual growth rate (CAGR), reaching $233 billion in 2026. 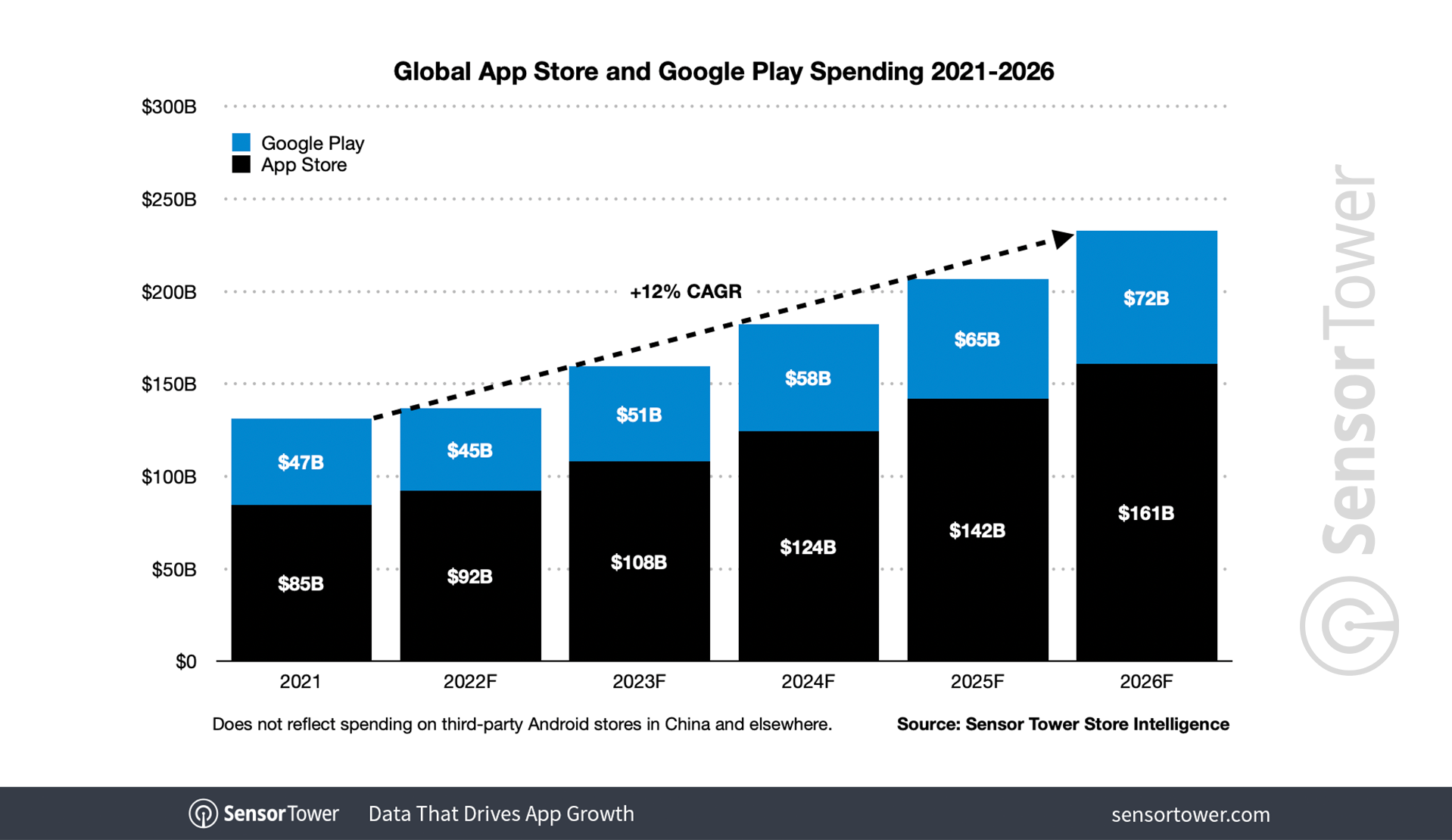 Sensor Tower forecasts that the App Store will see a CAGR of 13.7 percent through 2026 to reach $161 billion annually. On Google’s platform, consumer spending is projected to grow at a CAGR of 8.9 percent, reaching $72 billion within the next five years.

The United States will outpace the global trend across the board, with consumer spending projected to reach $86 billion in 2026 at a CAGR of 16.5 percent. Apple’s App Store is forecasted to experience a CAGR of 18.8 percent, reaching $59.5 billion, while Google Play will climb to $27.4 billion at a CAGR of 12.3 percent.