From subtly unnerving to downright terrifying, these Pokédex entries are the stuff of nightmares.

’Tis the season for spooky Pokémon to shine—but what qualifies as “spooky”? Could it describe an adorable Normal- and Fighting-type Pokémon that likes to give hugs? How about a Mythical Pokémon known for giving people nightmares? As it turns out, both Pokémon have a delightful dark side. The Pokédex is full of terrifying text describing a side of Pokémon you never would’ve guessed existed. So, pull up a chair, pour yourself a glass of something pumpkin-flavored, and get ready to be scared. 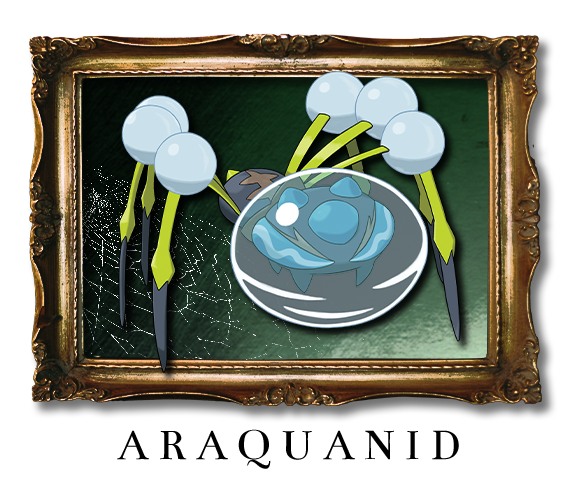 “It launches water bubbles with its legs, drowning prey within the bubbles. This Pokémon can then take its time to savor its meal.” —Pokémon Sword 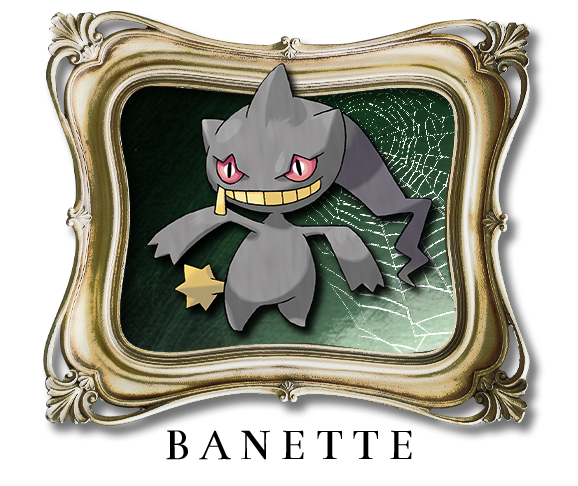 “An abandoned plush doll became this Pokémon. They are said to live in garbage dumps and wander about in search of the children that threw them away.” —Pokémon Emerald

“This Pokémon has the habit of hugging its companions. Many Trainers have left this world after their spines were squashed by its hug.” —Pokémon Moon 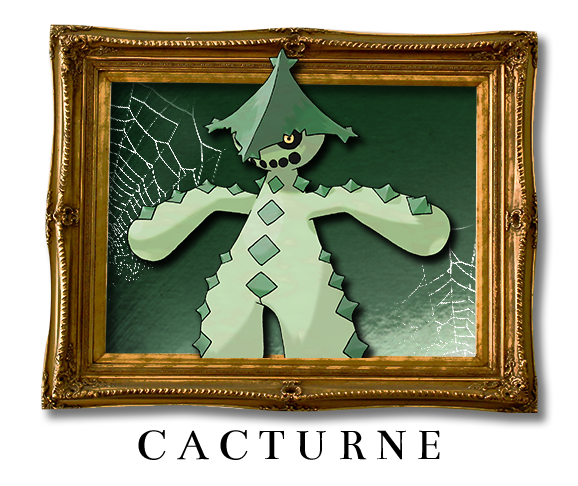 “If a traveler is going through a desert in the thick of night, Cacturne will follow in a ragtag group. The Pokémon are biding their time, waiting for the traveler to tire and become incapable of moving.” —Pokémon Sapphire

THE STUFF OF NIGHTMARES 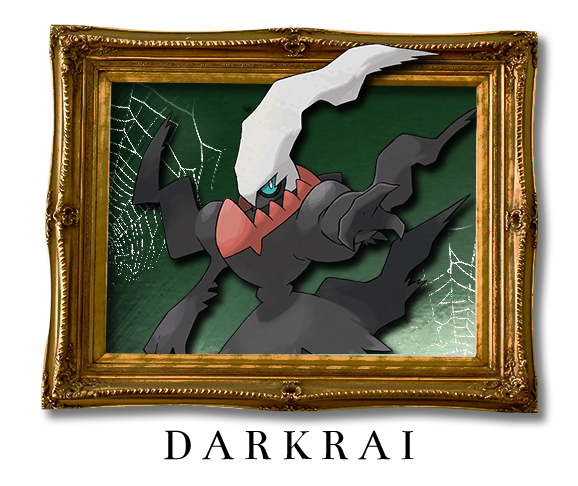 “On a moonless night, a strange incident occurred in which every one of a village’s inhabitants suffered nightmares. The villagers attested that Darkrai appeared before them in these nightmares.” —Pokémon Legends: Arceus

“With the mouth on its belly, Dusknoir swallows its target whole. The soul is the only thing eaten—Dusknoir disgorges the body before departing.” —Pokémon Shield

“It lays traps, hoping to steal the lives of those it catches. If you stand in front of its mouth, you’ll hear your loved ones’ voices calling out to you.” —Pokémon Shield 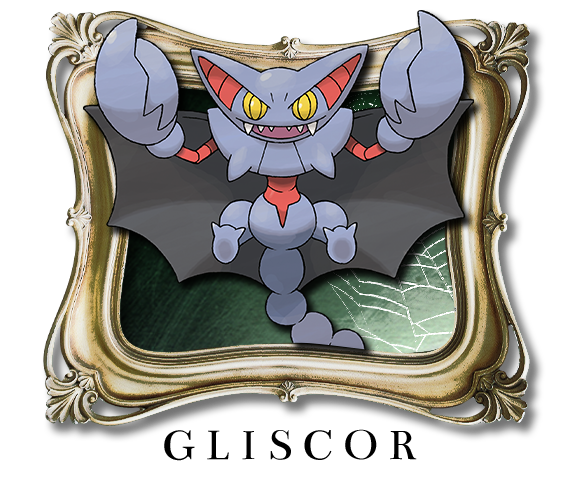 “It glides soundlessly on pitch-black wings and sinks sharp fangs into the throat of its prey. It takes on a look of satisfaction once it has entirely drained its prey of blood.” —Pokémon Legends: Arceus

“Golbat loves to drink the blood of living things. It is particularly active in the pitch black of night. This Pokémon flits around in the night skies, seeking fresh blood.” —Pokémon Ruby

“Although Gorebyss is the very picture of elegance and beauty while swimming, it is also cruel. When it spots prey, this Pokémon inserts its thin mouth into the prey’s body and drains the prey of its body fluids.” —Pokémon Sapphire

“Once Gyarados goes on a rampage, its ferociously violent blood doesn’t calm until it has burned everything down. There are records of this Pokémon’s rampages lasting a whole month.” —Pokémon Sapphire 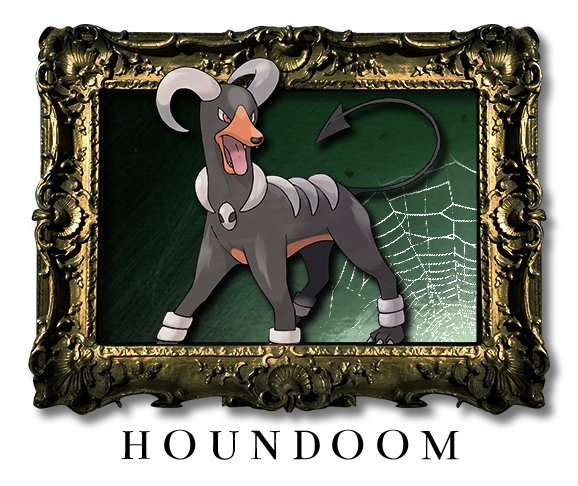 “They spew flames mixed with poison to finish off their opponents. They divvy up their prey evenly among the members of their pack.” —Pokémon Ultra Sun 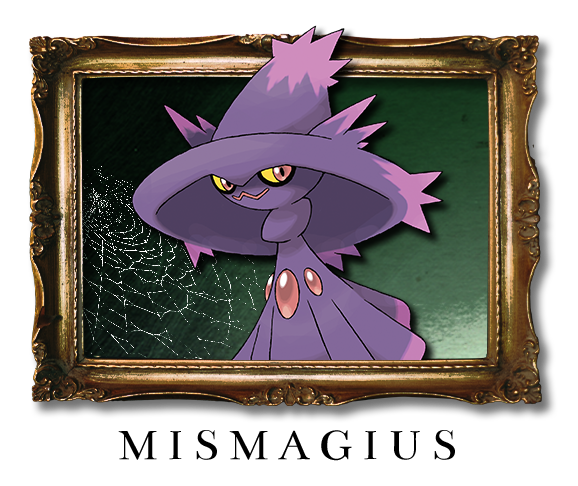 “It appears as if from nowhere—muttering incantations, placing curses, and giving people terrifying visions.” —Pokémon Sun 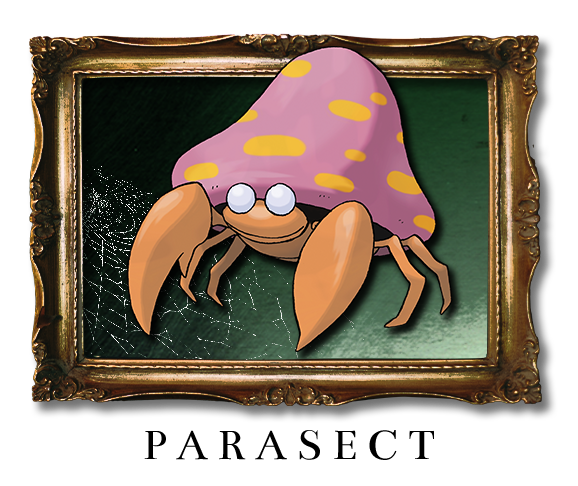 “The bug is mostly dead, with the mushroom on its back having become the main body. If the mushroom comes off, the bug stops moving.” —Pokémon Ultra Sun

A FEAST FIT FOR ROYALTY 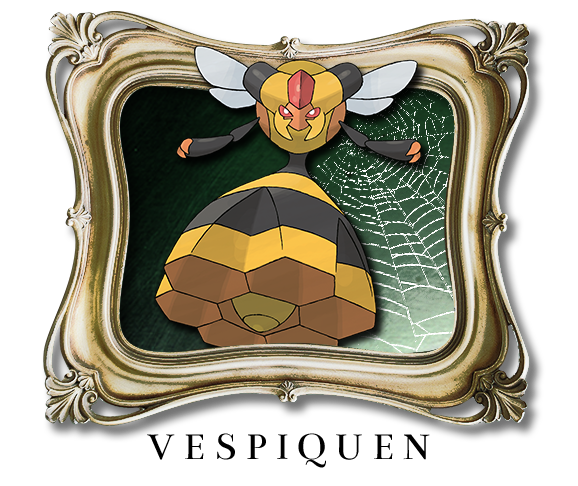 “Commands its subjects to build its hive. It will dispatch any interlopers who dare sneak into its nest and use them as nourishment for itself.” —Pokémon Legends: Arceus 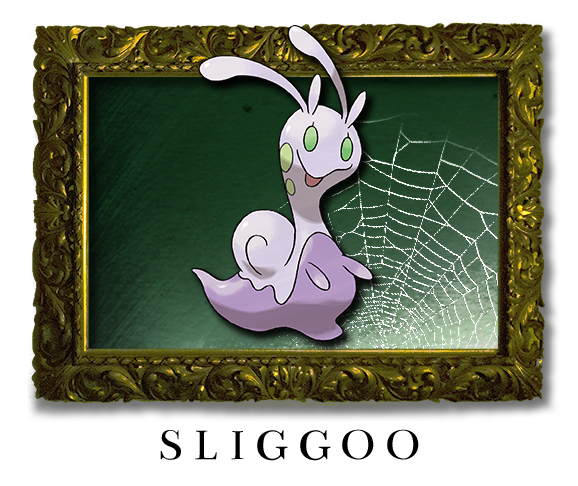 “It has trouble drawing a line between friends and food. It will calmly try to melt and eat even those it gets along well with.” —Pokémon Sun 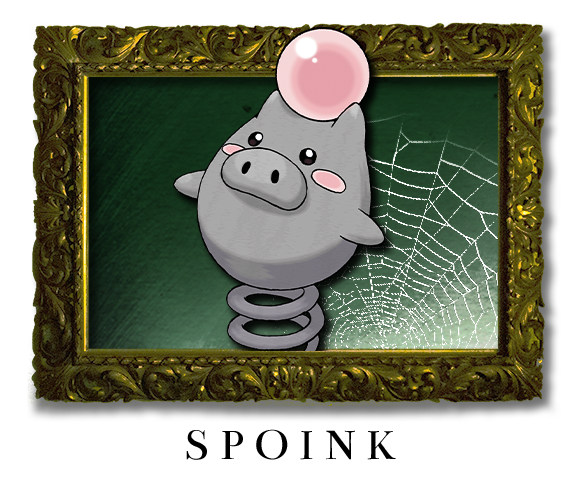 “Spoink bounces around on its tail. The shock of its bouncing makes its heart pump. As a result, this Pokémon cannot afford to stop bouncing—if it stops, its heart will stop.” —Pokémon Ruby 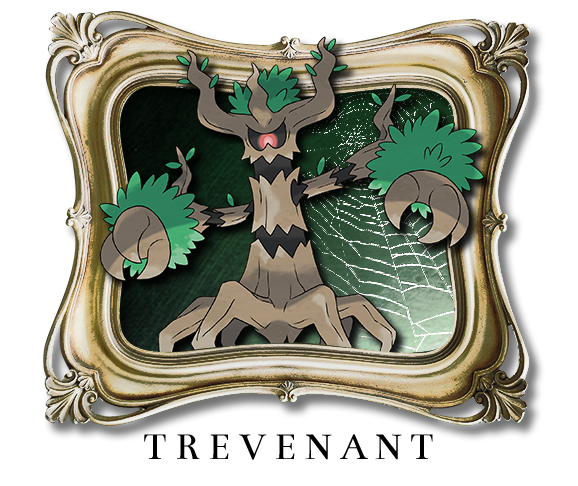 “Through its roots, it exerts control over other trees. A deadly curse falls upon anyone cutting down trees in forests where Trevenant dwell.” —Pokémon Moon 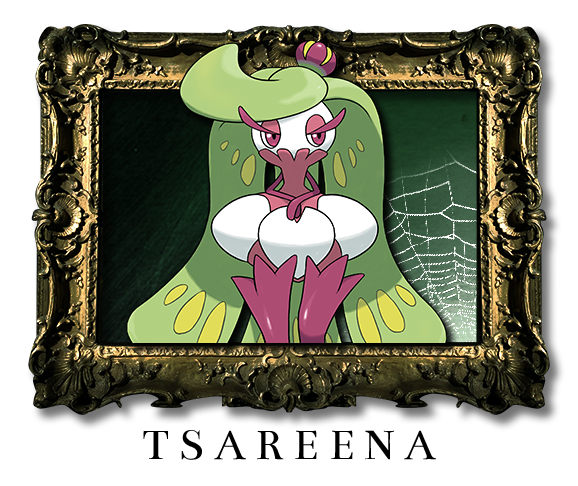 “A kick from the hardened tips of this Pokémon’s legs leaves a wound in the opponent’s body and soul that will never heal.” —Pokémon Shield

THE DELIVERER OF DESTRUCTION

“When this legendary Pokémon’s wings and tail feathers spread wide and glow red, it absorbs the life force of living creatures.” —Pokémon X

Hisuian Typhlosion is said to purify lost, forsaken souls with its flames and guide them to the afterlife. It is believed that its form has been influenced by the energy of the sacred mountain towering at Hisui’s center.

It probes its surroundings with all its senses save one—it doesn’t use its sense of sight. Spectrier’s kicks are said to separate soul from body.

It slithers toward people. Then, without warning, it triggers the explosion of its own head. It’s apparently one kind of Ultra Beast.

This Pokémon clads itself in the souls of comrades that perished before fulfilling their goals of journeying upstream. No other species throughout all Hisui’s rivers is Basculegion’s equal.

Pokédex entries can often be frightening… even for Pokémon that seem cute and cuddly! 😱

Grab a glass of something pumpkin-flavored and peruse the spooky side of the Pokédex: https://t.co/WaMn7McqZ9 pic.twitter.com/beWiLXYIJY

One thought on “Pokémon Halloween: Hisuian Typhlosion is said to purify lost, forsaken souls with its flames and guide them to the afterlife. It is believed that its form has been influenced by the energy of the sacred mountain towering at Hisui’s center”