With the release of the Pokémon TCG: Dragon Majesty expansion, it’s time to once again sit back and admire some of the terrific artwork that helps give the Pokémon TCG its personality. These miniature masterpieces give us a unique glimpse into the lives of Pokémon, allowing us to observe them in the midst of battle or simply relaxing in nature. Whatever the Pokémon are doing, it’s fun to see how different artists interpret their world. 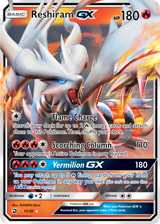 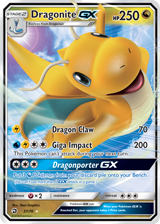 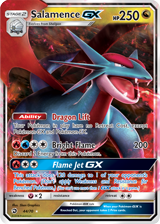 There’s no doubt that some of the most dynamic Pokémon art in each expansion comes in the form of the always impressive Pokémon-GX. Not only are these cards incredibly useful during gameplay, but their edge-to-edge artwork also does an incredible job of selling just how mighty these Pokémon are. Look at Reshiram-GX, for example: judging by its piercing blue eyes and the flames emanating from its claws, this is clearly not a Pokémon to be trifled with. Another Legendary Pokémon, White Kyurem-GX, looks suitably regal as it appears to be sizing up its opponent. With its flaming breath, Salamence-GX is another fierce customer, but on the other hand, the lovable Dragonite-GX proves that you don’t have to look dangerous to be a fantastic Pokémon-GX. 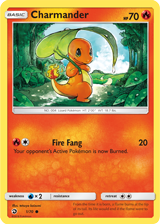 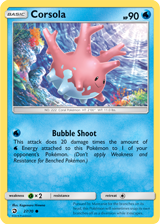 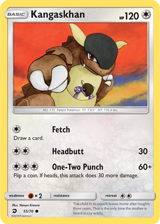 Speaking of lovable, the Dragon Majesty expansion contains its fair share of Pokémon that are almost too cute to send into battle. Look at little Charmander here. In a similar scene to its debut in Pokémon the Series, Charmander is using an oversize leaf to protect itself from the rain. After all, if the flame on its tail goes out, things would be very bad for Charmander! Kangaskhan is a little more imposing than Charmander, but the little one in its pouch is quite a cutie. And look! It appears this Kangaskhan is giving a lesson in the ol’ One-Two Punch. That little one may be a formidable fighter someday, but for now it’s just too sweet. Corsola and Dratini are two Pokémon that are charming on their own, but they look even more endearing in their peaceful environments. Whether you’re looking at Corsola’s winning smile as it floats through its colorful waterscape or Dratini’s soulful eyes as it sits in the clearing of a gentle forest, it’s clear that a pleasant setting can make a cute Pokémon even cuter. 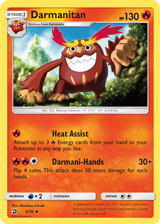 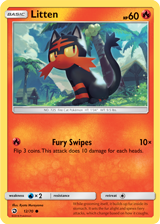 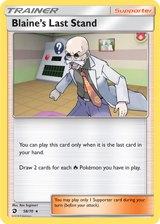 Want to look a little classier? A little more dignified? Then a well-groomed bit of facial hair is just what you need! And that rule goes for Pokémon as well. Although it’s somewhat rare in the Pokémon world, a magnificent mustache (or at least the suggestion of one) helps a Pokémon stand out in the crowd. Consider Darumaka. This Basic Pokémon is great, sure, but when it evolves into Darmanitan? With that bold zigzag of fur on its upper lip? Now there’s a Pokémon you can rely on. Does Litten have a mustache? Those tufts of fur growing from its cheeks could be considered whiskers, but what is a mustache if not elaborate whiskers? We think it counts! Of course, mustaches are not solely a phenomenon among Pokémon. Humans are much more likely to sport facial hair, and Blaine (on his Blaine’s Last Stand card) is a stunning example. Actually, now that we look at them, Blaine and Litten have shockingly similar facial hair—and Blaine is a Fire-type specialist. Coincidence?! 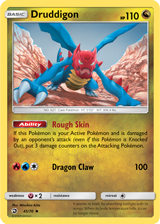 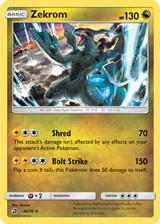 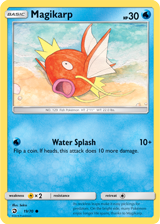 As mentioned in the introduction, Pokémon TCG art can give us a new perspective on Pokémon battles, including what it might look like if a powerful Pokémon was getting ready to attack you. Being tossed into the middle of a battle can certainly give you a new appreciation for the potential danger that a Pokémon could present! Druddigon and Zekromare fine examples of this. Druddigon is intensely focused on its target, and its sharp fangs and massive claws look to be a match for just about any opponent. Zekrom’s ferocity is on full display as destructive energy bursts from all around it. Gyarados, as always, looks terribly imposing as it bursts forth from deep beneath the sea. However, sometimes it’s the Pokémon itself that is facing impending peril. We can’t help but feel concern for poor Magikarp, who has managed to beach itself. Someone toss it back in the ocean! It will never evolve into Gyarados at this rate!

The Dragon Majesty expansion has plenty more wonderful artwork to discover. As you’re adding these cards to your collection, take a moment to appreciate the intricate illustrations on display. You may even discover a new favorite artist! 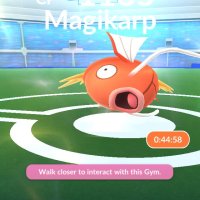 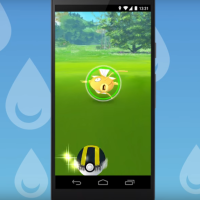