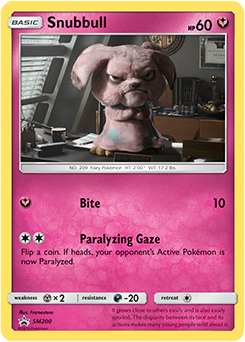 We don’t know what’s been going on in Snubbull’s world, but whatever it is seems to have left the Fairy-type Pokémon in a grumpy mood, and both attacks on the card seem to reflect its sour demeanor. It certainly appears capable of delivering a harsh Bite, and just look at those eyes—we can practically feel its Paralyzing Gaze! This card is first available at a special in-store event at participating retailers. 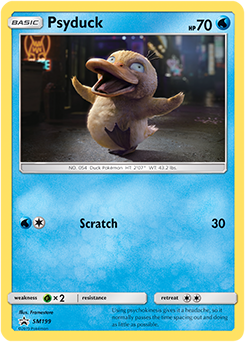 Not all Pokémon TCG cards capture the image of pure joy as well as this adorable Psyduck. It’s strutting its stuff and proclaiming its boundless happiness to all who chance to look upon it. Just watch out—any Pokémon that gets on Psyduck’s bad side will fall victim to its Scratch attack! This card will first be available at a special in-store event at participating retailers. 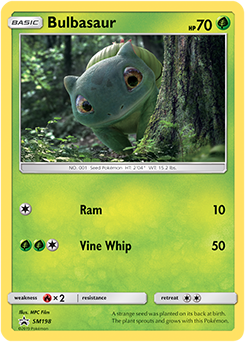 There’s no denying that Bulbasaur is about as cute as a Pokémon can be. Just look at those large eyes, so full of emotion, and that wide, cheery grin! This little Grass-type Pokémon is simply irresistible. It can even pull off its trademark Vine Whip attack for the cost of two Grass Energy and one Colorless Energy. This card is first available at a special in-store event at participating retailers.

You’ll be able to add this and other Pokémon TCG: Detective Pikachucards to your collection soon. Remember, booster packs for this series will not be sold separately, so look for them in special collections starting April 5, 2019, in the Pokémon Center and where Pokémon TCG products are sold.

Don’t look so sour, Snubbull—you’re the star of our next #PokemonTCG: #DetectivePikachu promo card reveal! 🔎⚡️

Cheer Snubbull up by adding it to your collection! Here’s where you can snag this exclusive card: https://t.co/LaSUmURdCC pic.twitter.com/Bmbzrmq3lv