Enter these Mystery Gift passwords into your game to receive different forms of Pikachu that are decked out in Ash’s iconic headgear.

As we approach the October 22 release of The Crown Tundra, the second part of the Pokémon Sword Expansion Pass and Pokémon Shield Expansion Pass, players can receive a plethora of Pikachu, each wearing one of Ash Ketchum’s iconic caps from Pokémon the Series. In fact, once you receive these Pikachu in your Pokémon Sword or Pokémon Shield game, take a look at the Pokémon’s Original Trainer—yep, these are Ash’s Pikachu!

Keep checking back here to find Mystery Gift passwords that will let you add these Pikachu to your team. You’ll get Pikachu wearing some of Ash’s caps from throughout the animated series, ranging from his classic chapeau from when he first set out on his Pokémon adventure to more recent designs—like those seen in the film Pokémon the Movie: I Choose You! and the current season of the TV show, Pokémon Journeys: The Series. See below for the passwords that have been revealed thus far. 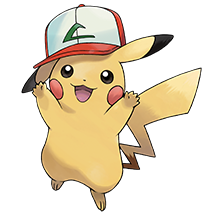 Use these steps, along with one of the above passwords, to receive each form of Ash’s Pikachu.

Celebrate The Crown Tundra with a plethora of Pikachu!

Through October 30, we’ll be sharing Mystery Gift passwords that will grant you Pikachu wearing Ash’s caps from Pokémon the Series. 🧢⚡️