The second fighter set in the Super Smash Bros. Ultimate Fighters Pass Vol. 2 has officially been revealed. Read on below to learn more:

Steve and Alex from Minecraft are coming to Super Smash Bros. Ultimate!

Steve and Alex are part of the second Challenger Pack in Super Smash Bros. Ultimate Fighters Pass Vol. 2, which also includes a new stage and seven music tracks from the Minecraft series.

On Oct. 3 at 7:30 a.m. PDT, Sakurai will be back with a deep dive video that will reveal more details about Steve and Alex, including their release date. For now, you can check out this announcement video.

Steve and Alex will be available to players who purchase Super Smash Bros. Ultimate Fighters Pass Vol. 2 or who purchase Challenger Pack 7 separately for a suggested retail price of $5.99. By purchasing Fighters Pass Vol. 2 for a suggested retail price of $29.99, players will get access to Steve and Alex, along with previously released fighter Min Min from ARMS and four more yet-to-be-announced Challenger Packs as they release. Each pack includes one fighter, one stage and multiple music tracks.

Join us in welcoming these blocky new heroes to the Super Smash Bros. Ultimate family!

–Your friends at Nintendo

Full version of game required to use DLC. Sold separately.

In addition to Steve and Alex, check out costumes for enemy characters from Minecraft, Zombie and Enderman. You’ll be able to choose from color variations based on the 4 different costumes when the fighter is released! pic.twitter.com/mk3c04jVER

Are your crafting hats on? Steve and Alex from @Minecraft are crafting their way onto the #SmashBrosUltimate roster! With a pickaxe in hand, this fighter will use blocks and tools as weapons to take on other fighters! pic.twitter.com/hNVjG3CSku

There will be no additional new fighters revealed other than Steve and Alex in this livestream.

Tune-in for an in-depth look at the new #SmashBrosUltimate DLC fighter, Steve & Alex from @Minecraft, with Director Masahiro Sakurai on 10/3 at 7:30am PT.
The video presentation takes place just before Minecraft Live & will be roughly 45 minutes long.

Steve and Alex from @Minecraft are joining the #SmashBrosUltimate roster! Get ready to mine and craft your victories on the battlefield! pic.twitter.com/CtBNfENjEE

Only 30 minutes left! Grab your breakfast and tune-in to the reveal of the next #SmashBrosUltimate DLC fighter!

The next #SmashBrosUltimate DLC fighter will be revealed tomorrow at 7am PT! The video presentation will be roughly 3 minutes long, followed by a brief message from Director Masahiro Sakurai. Tune-in here tomorrow: https://t.co/7RL5x0EEVI pic.twitter.com/Fqmw03axMv

11 thoughts on “There will be no additional new fighters revealed other than Steve and Alex in the October 3 livestream for Super Smash Bros. Ultimate” 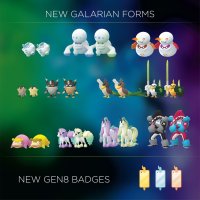