You can now earn up to 600 My Nintendo Gold Points when you purchase select digital games for Nintendo Switch, including Super Smash Bros. Ultimate. Read on below to learn more:

Here’s a golden opportunity you won’t want to miss! From 1/31 at 9:00 p.m. PT to 2/28 at 11:59 p.m. PT, you can earn up to 600 My Nintendo Gold Points—twice the normal amount—when you purchase select digital games through Nintendo eShop or Nintendo.com (where available), or participating retailers, including Super Smash Bros.™ Ultimate, The Legend of Zelda™: Breath of the Wild, and more!

Here’s the complete list of the games you can purchase during this limited-time promotion to earn double My Nintendo Gold Points:

The kingdom has been ravaged by an origami menace! In this comedy-filled adventure, join Mario and his partner, Olivia, as they battle evil Folded Soldiers, repair the damaged landscape, and try to free Princess Peach’s castle. Battles have a puzzle-solving flair to them, so you may want to put on your thinking cap.

Race and battle your friends in the definitive version of the Mario Kart 8 game, with a ton of characters, tracks, and customization options for your kart. Gather around the TV for 4-player multiplayer* or challenge players online** in matches with up to 12 players. The game also includes the Smart Steering feature for players brand-new to racing games and the ability to pass a Joy-Con™ controller to a friend to get a quick race in together.

Gaming icons clash in the ultimate brawl you can play anytime, anywhere! Smash rivals off the stage as fighters like Simon Belmont and King K. Rool join Inkling, Ridley, and every fighter in Super Smash Bros. history. Whether you play solo, with friends* at home, or go online**, this game is packed with content.

Join Mario in a massive, globe-trotting 3D adventure! Thanks to his friend Cappy, Mario has the power to capture and control certain objects, animals, and even enemies. Power up the Odyssey airship and foil Bowser’s nefarious wedding plans. And if there’s a less experienced player in the house, Assist Mode or the two-player co-op mode (in which one player gets to control Cappy with a single Joy-Con controller) may be exactly what they need!

The Legend of Zelda: Breath of the Wild

Step into a world of discovery, exploration, and adventure as you travel the wilds of Hyrule. Link, the legendary hero, must regain his lost memories, gather allies, and prepare himself for the ultimate battle. Clever puzzles, intense action, and beautiful scenery await.

Join Mario, Luigi, and pals for single-player or multiplayer fun anytime, anywhere! Take on two family-friendly, side-scrolling adventures with up to three friends* as you try to save the Mushroom Kingdom. Includes the New Super Mario Bros. U and harder, faster New Super Luigi U games.

For more information about Gold Points, be sure to check out My Nintendo.

Earn up to 600 #MyNintendo Gold Points when you purchase select digital games for #NintendoSwitch! 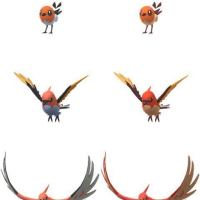 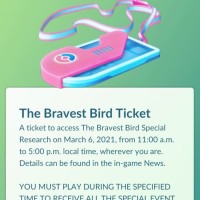