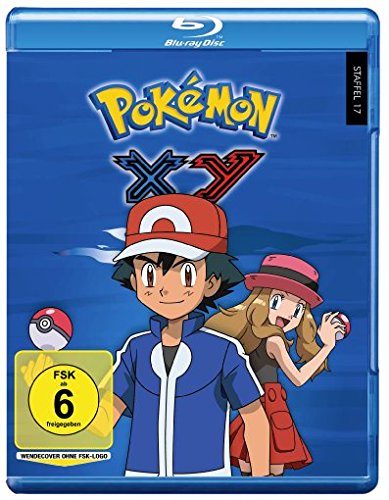 When Ash is sick with a fever and rock guitarist Jimmy shows up for a Pikachu battle, Serena disguises herself as Ash, ready to take on the challenge!

Your next artistic challenge is brought to you by Phantump and its forest friends! 🎨

Draw this in your style and don't forget to share your work with us! 👀 pic.twitter.com/sxp7LlOhkQ

Ash and Ash-Greninja pack on the heat as they battle against Alain and Charizard! Do you remember this action-packed match, Trainers? pic.twitter.com/5WCgW5SYvd

Who needs to see Dedenne wearing a flower crown today? 😍

(Everyone. Everyone needs to see Dedenne wearing a flower crown today.) pic.twitter.com/yeiglxLv21

Set your sights on Kalos!

Visit the bustling Lumiose City, catch Fairy-type Pokémon, and snack on some macarons as you explore all this beautiful region has to offer!

A reminder that you deserve someone who cares about you as much as Chespin cares about eating snacks, stealing snacks and eating more snacks. 😍

Tag a friend who needs to hear this today. 💚 pic.twitter.com/FKNOMQjs92

Just stopping by to wish you a happy Sunday, Trainers! pic.twitter.com/2T2hHurWsu

Is Froakie excited because it's Friday or because of Katy Perry?

Trick question! Froakie is excited for both! 😍😍😍 pic.twitter.com/PEWPn75sWj

Tyrunt's on the hunt for even more scrumptious GIFs!

Kick off celebrating the Kalos region by visiting our #Pokemon25 Kalos collection!

That moment when you realize the week is only halfway over 😭😭😭 pic.twitter.com/KZLBpb0Fea

Fennekin can have a little Poké puff, as a treat. ✨ pic.twitter.com/6YQVGRApIx

You can find it all in beautiful Kalos! Revisit the start of Ash and Pikachu’s Kalos adventures in Episode 1 of #PokemonTheSeries: XY!

How can you say no to this face? 😊😊😊 pic.twitter.com/OHvhhNsCjm

Can Ash and his friends save the Diamond Domain, discover Diancie’s true power, and stop Yveltal’s rampage?

Kick off your Kalos celebration and tune in for Pokémon the Movie: Diancie and the Cocoon of Destruction, available on Amazon Prime!

Pokémon 25 Kalos edition: Not all heroes wear capes, some wear their tongue as a scarf

Pokémon the Movie: Diancie and the Cocoon of Destruction available now on Amazon Prime

Video: Revisit the start of Ash and Pikachu’s Kalos adventures in Episode 1 of Pokémon the Series XY

Video: Fletchinder evolves into Talonflame to protect Ash and his friends from Moltres in Pokémon the Series XY Kalos Quest

Video: Frank, a film director who loves Pikachu so much, tries to create a pika-perfect production with the help of Ash’s Pikachu and other Pokémon in Pokémon the Series XY Kalos Quest

Pokémon 25 Kalos edition: Chespin knows that feeling when you realize the week is only halfway over

Pokémon 25 Kalos edition: Froakie is excited because it’s Friday and because of Katy Perry

Pokémon 25 Kalos edition: Bidoof is stopping by to wish you a happy Sunday

Pokémon 25 Kalos edition: Find yourself someone who cares about you as much as Chespin cares about eating snacks

Video: Ash and Ash-Greninja battle against Sawyer and Mega Sceptile in the semifinals of the Kalos League in Pokémon the Series XYZ

Pokémon 25 Shorts: Share a snack in Kalos with Chespin, Fennekin and Froakie

Pokémon 25 Kalos edition: Your next artistic challenge is brought to you by Phantump and its forest friends

8 thoughts on “Video: Serena disguises herself as Ash to take on rock guitarist Jimmy in a Pikachu battle in Pokémon the Series XYZ” 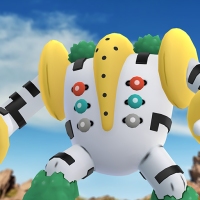 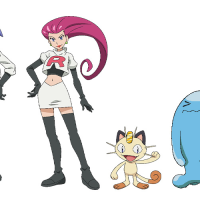 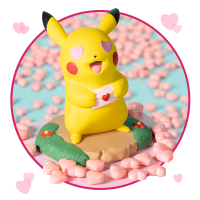 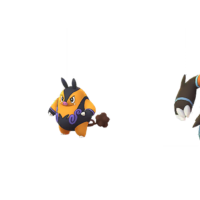 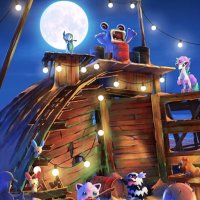