The other attack, Max Miracle has 130 damage and this damage is not affected by any effect on your opponent’s Pokemon. 2 Psychic Energy is need to use this attack. This attack is good to counter against annyoing Pokemon like Decidueye or Altaria which have Abilities that can block damage from Pokemon V. 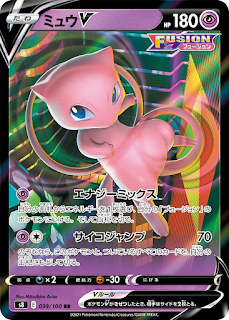 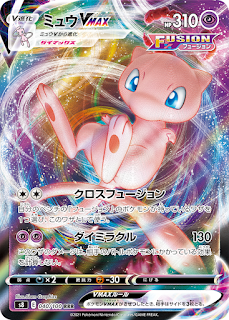 With Genesect V in your deck, you no longer need Crobat V. Genesect V, Ability Fusion System allows you to draw cards until total cards in your hand is equal to total no of your Fusion Strike Pokemon in play. Since you can put 6 Fusion Strike Pokemon in play, Fusion System can let you draw until you have 6 Cards in your hand. Unlike Crobat V which you need to put it on bench to use its Ability Dark Asset, Genesect V Ability can be used every turn as long as it is on the Bench or Active Spot.

Latias attack, Dynabarrier can prevent any damage from Pokemon VMAX. and has 70 damage. With this effect, your opponent’s Pokemon can’t deal any damage to Mew VMAX. So, you opponent’s either use Basic Pokemon to attack Mew VMAX or Boss’s Order Mew VMAX with 1 of your Benched Pokemon. Either way, this way definitely disrupt your opponent strategy of using Pokemon VMAX.

Oricorio is mainly here for its Ability, Ferven Lesson. This Ability reduces damage done on Fusion Strike Pokemon by 20. It is definitely good to have some damage reduction.to compensate for Mew VMAX low HP. Oricorio attack, Passionate Drop might come in handy when you want to knock out or lower HP to your opponent’s Benched Pokemon.Passionate Drop allows you to 5 damage counters on your opponent’s Pokemon in any way you like 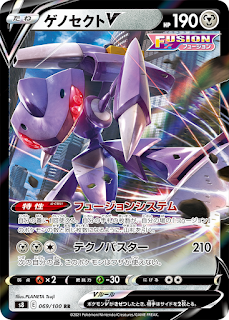 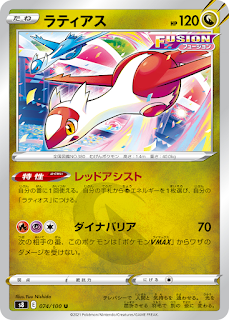 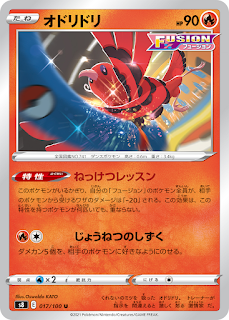 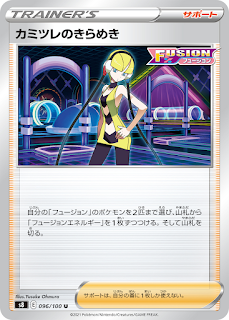 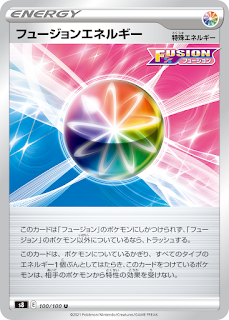 Peony works great with Genesect V. Because this suppoerter let you discard your entire hand and search for 2 Trainers. If you find 2 Items using Peony and used on the spot, you can draw extra 6 cards using Genesect V. You can take advantage of this effect to find identical Fusion Strike Items like 2 Cross Fusion or 2 Power Tablets.

Cross Switch let you switch both your Active Pokemon and your opponent’s Active with 1 respective Benched Pokemon. In other words, it works the same way as Guzma from old expansion. But, you need to play 2 Cross Switch at the same time to apply this effect. With Peony, it won’t be difficult to find 2 Cross Switch and use those 2 Items together.

Use Power Tablets is a great way to boost Mew VMAX damage. Each Power Tablets provides extra 30 damage to Mew VMAX attack. 2 Power Tablets can be found using Peony and Mew VMAX with 270 damage if it use Genesect V attack. 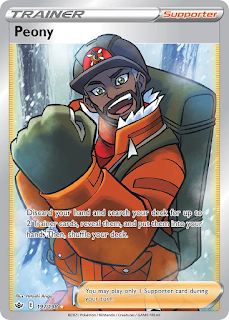 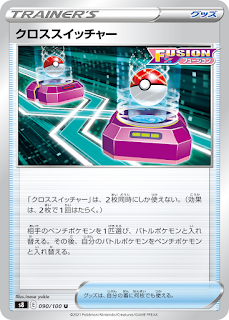 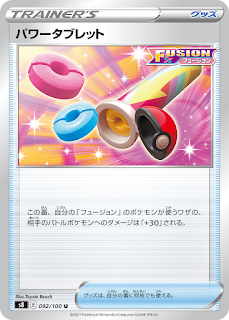