Special episodes of Pokémon the Series are now being featured on Pokémon TV. Read on below to learn more:

Ash overlooks the obvious when he unknowingly hangs out with the Pokémon Trainers that he intends to challenge.

The Pokémon world’s most beloved Trainer might not have a hard time finding traveling companions and friends on his adventures, but how closely does he really pay attention to these other Trainers? As it turns out, time and again in Pokémon the Series, Oblivious Ash often misses the most important fact: that these friends are also the Gym Leaders or Trainers he intends to challenge. From Misty to Luana, Anabel to Korrina, Ash is often so focused on Pokémon that he fails to recognize the Gym Leader right in front of him. Enjoy this series of select episodes that capture the awkward reveals and dramatic battles that follow.

Laugh along with Oblivious Ash with this collection of Pokémon the Series episodes. Remember that you can watch Pokémon TV here on watch.pokemon.com or using the Pokémon TV mobile app.

Do you ever get so distracted by Pokémon that you don’t realize your friends are Gym Leaders? It happens to Ash all the time! 😅

Tune in to #PokemonTV for episodes from #PokemonTheSeries featuring these awkward revelations and the battles that follow!

Watch Ash Lose Tournaments in Pokémon the Series on Pokémon TV. Our hero has been attempting to win a Pokémon League competition for a long time, and we’ve put together a channel of his greatest losses.

Young Ash Ketchum has been on a quest to become a Pokémon Master for some time now, and during his journey, he’s caught and trained dozens of Pokémon, faced many Trainers, and competed in multiple regional Pokémon League tournaments. Now, he may not have actually won many (or any) of those League competitions so far, but he’s surely learned a bit about perseverance.

Currently, Ash is competing in the very first Alola Pokémon League in Pokémon the Series: Sun & Moon—Ultra Legends on Disney XD. Although his track record suggests that we shouldn’t get our hopes up for a victory, we’ll forever root for our hero from Pallet Town. To celebrate the Alola League, we’re taking a look back at Ash’s previous attempts to win a regional Pokémon League Championship. These battles may not end in victory, but they are always inspiring in one way or another. 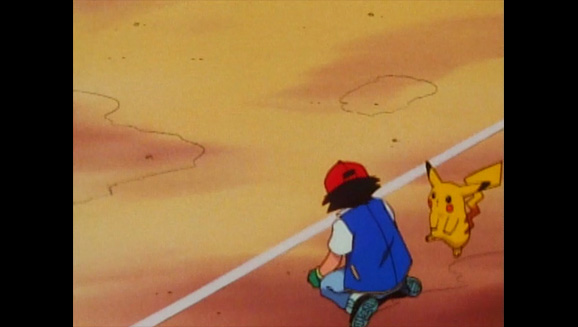 Ash’s very first attempt at winning a Pokémon League competition is, not surprisingly, in the Kanto region (“Friend and Foe Alike”). Through the luck of the draw, Ash must challenge his new friend Ritchie in the fifth round of battle. Despite almost missing the battle because of Team Rocket’s interference, Ash arrives at the stadium in the nick of time. For this bout, each competitor gets to battle with three Pokémon. Ash sends his Pikachu, Squirtle, and Charizard up against Ritchie’s Butterfree, Charmander, and Pikachu (who’s named Sparky). And then Ash loses. 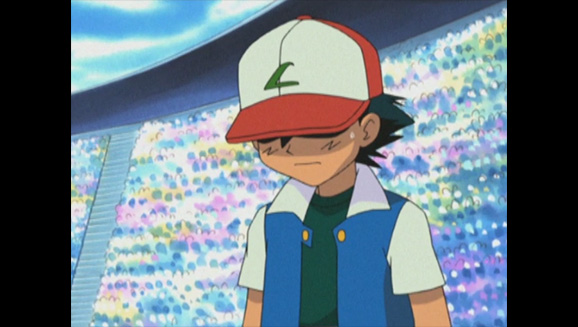 The next regional Championship that Ash pursues is at the Johto League Silver Conference. After defeating his longtime rival Gary Oak, he faces off against Harrison, a Pokémon Trainer from the Hoenn region. This lengthy quarterfinals match has each competitor using six Pokémon in a Full Battle. Ash chooses Pikachu, Totodile, Snorlax, Noctowl, and Bayleef as his first five Pokémon, while Harrison uses Kecleon, Sneasel, Hypno, Steelix, and Houndoom. The two Trainers seem pretty evenly matched as their Pokémon take turns entering the arena (“Playing with Fire!”). In fact, the battle is so close that it ultimately comes down to a Fire-type brawl between Harrison’s Blaziken and Ash’s Charizard (“Johto Photo Finish”). And then Ash loses. 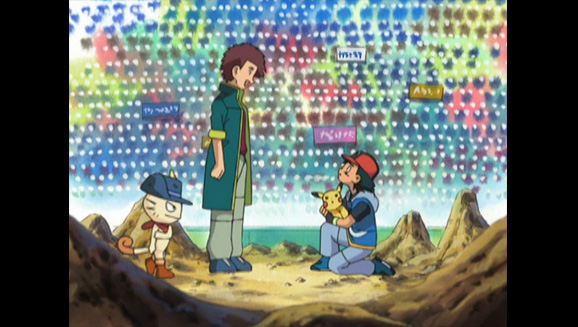 While competing in the Hoenn League, Ash attempts to get to the final four when he clashes with his friend Tyson. After a shocking double elimination of Ash’s Glalie and Tyson’s Sceptile, the battle continues (“At the End of the Fray”)! Tyson’s team includes Shiftry, Hariyama, Donphan, and Metagross, and they put up a good fight against Ash’s Torkoal, Corphish, Swellow, and Grovyle. Ultimately, the match comes down to Ash’s Pikachu versus Tyson’s Meowth. (Can you guess who Team Rocket’s Meowth is rooting for?) The two Pokémon battle fiercely, and the match ends in a clash of Iron Tail against Iron Tail. And then Ash loses.

The Shame of Sinnoh 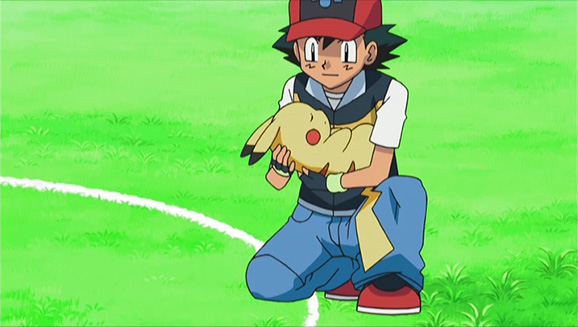 There’s big trouble for Ash when he encounters Tobias during the semifinals of the Sinnoh League (“The Semi-Final Frontier!”). Both competitors are allowed six Pokémon, but Tobias’s Darkrai makes short work of Ash’s Heracross, Torkoal, and Gible. Ash is getting so thoroughly thrashed that even Team Rocket starts to feel bad for him. The tide seems to be turning when Ash’s Sceptile finally hands Darkrai its first loss, but the pressure increases when Tobias unleashes Latios. Latios handily defeats Ash’s Sceptile and Swellow, which only serves to increase Ash’s vigor when he sends in Pikachu to stage an amazing comeback! And then Ash loses. 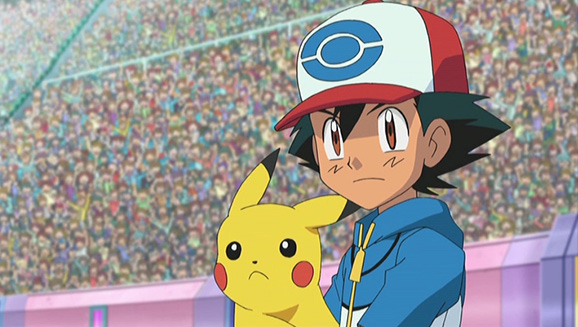 Ash goes up against his rival Cameron in the Unova League quarterfinals. Cameron is confident in his chances, especially when he reveals his fearsome Hydreigon (“Cameron’s Secret Weapon!”). Not even remotely worried, Ash sends Boldore into the fray. There’s a good back and forth between the two Trainers as Cameron proceeds to send Ferrothorn, Samurott, and Swanna into battle. Ash counters with Oshawott, Pignite, Pikachu, and Unfezant. The clash reaches its climax with a battle between Cameron’s Riolu and Ash’s Snivy. Unfortunately for Ash, things get more complicated when Riolu evolves into Lucario mid-match! Shaken but not undeterred, Ash and Snivy redouble their efforts to win the Championship (“A Unova League Evolution!”). Upon Snivy’s defeat, Ash sends Pikachu back into battle. Even though Pikachu hasn’t fully recovered from its efforts earlier in the match, our heroes are determined to win! And then Ash loses. 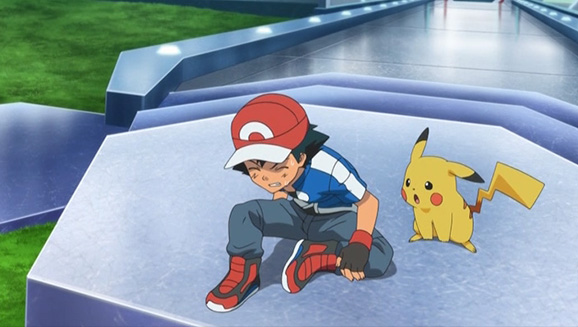 In his most recent bid for a Championship title, Ash goes up against Alain in the final match of the Kalos League (“Finals Not for the Faint-Hearted!”). Alain has a powerful team that includes Tyranitar, Weavile, Bisharp, Unfezant, and Metagross, providing some solid competition for Ash’s Pikachu, Noivern, Hawlucha, Talonflame, and Goodra. The main event, however, occurs when Ash’s Greninja confronts Alain’s Charizard. These two powerhouses duke it out, and it seems like Ash has the advantage. Things tip even further into our hero’s favor when Greninja transforms into the mighty Ash-Greninja. This prompts Alain to Mega Evolve Charizard into Mega Charizard X, setting the stage for a battle for the ages (“Down to the Fiery Finish!”)! And then Ash loses.

As you can see, Ash may not yet be a Champion, but he’s a master of determination if nothing else. (And we do have to give him some credit for winning the Orange League and the Battle Frontier—not quite the same as a regional Pokémon League tournament, but still impressive.)

Relive these classic Pokémon the Series failures by tuning in to Pokémon TV, and remember that you can watch Pokémon TV here on Pokemon.com or using the Pokémon TV mobile app. And don’t forget to catch up on Ash’s progress in the Alola Pokémon League by catching new episodes of Pokémon the Series: Sun & Moon—Ultra Legends on Disney XD. Good luck, Ash!

From Kanto to Kalos, Ash has caught and trained dozens of Pokémon, faced many Trainers, and competed in multiple regional Pokémon League tournaments…

From Kanto to Kalos, Ash has competed in regional Pokémon Leagues only to taste the bitterness of defeat. When will he finally taste sweet victory? 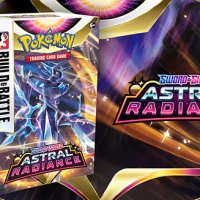 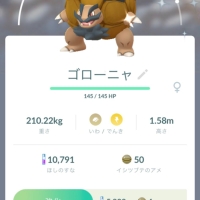 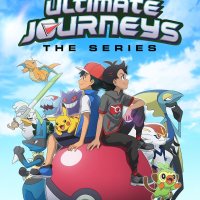