Pokémon: Advanced Challenge episodes have been added to Pokémon TV. Read on below to learn more:

Ash, Pikachu, and friends continue their journey through the Hoenn region in the seventh season of Pokémon the Series on Pokémon TV.

Pokémon: Advanced Challenge, the seventh season of Pokémon the Series, has just arrived on Pokémon TV. Ash, May, Brock, and Max are continuing their adventure through the Hoenn region, and you can bet they’ll face new challenges and meet plenty of new Pokémon along the way.

Before you sit down for a marathon viewing session, check out this list of some of the exciting events you’ll get to see during Pokémon: Advanced Challenge. Then, dive into the newly added season and see what other escapades our heroes get up to! 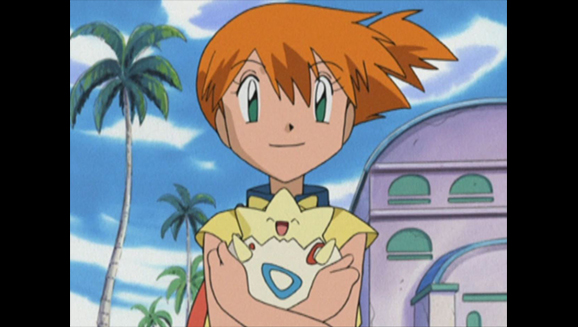 Ash has made loads of friends since he first left Pallet Town. Sometimes, these friends join him on his adventures for a while, but eventually, they part ways to continue their own respective journeys. Although it’s always sad when a beloved character leaves Ash’s group, we are occasionally treated to a happy reunion! In the sixth season, Ash’s old friend Brock rejoined the team, and Pokémon: Advanced Challenge sees the return of Ash’s very first traveling companion: Misty (“The Princess and the Togepi”). She’s in the Hoenn region to attend a Togepi Festival, which turns out to be an elaborate ruse by the evil Colonel Hansen to steal her beloved Togepi partner. The experience actually proves to be somewhat beneficial, though, as during the conflict, Togepi evolves into Togetic (“A Togepi Mirage”). 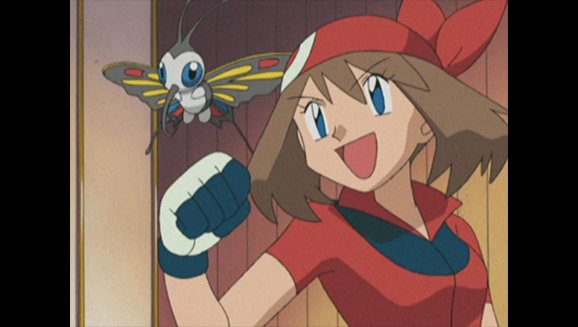 Pokémon Contests are special competitions that let Pokémon show off their style while performing their moves, both in and out of battle. These events are especially popular in the Hoenn region, and May is determined to become a Pokémon Coordinator, someone who raises Pokémon to compete in Contests. She tested the waters of Pokémon Contests last season, but now she’s not holding back! May enters four Pokémon Contests this season—her Beautifly competes in Fallarbor Town (“Come What May!”), her Skitty battles in Verdanturf Town (“Disaster of Disguise”), her Bulbasaur faces off in Rubello Town (“A Fan with a Plan”), and her Combusken takes to the stage in Lilycove City (“PokéBlock, Stock, and Berry”). How many ribbons does May win? Well, that would be a spoiler, wouldn’t it? 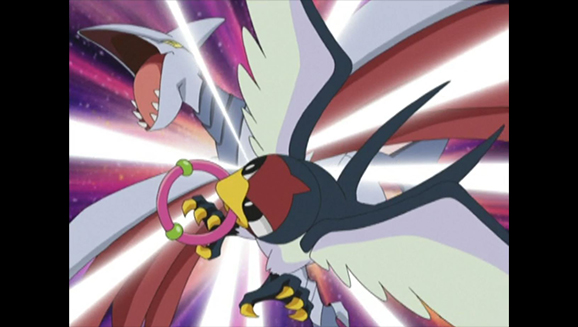 While in the Hoenn region, Ash and his friends discover a new way for Pokémon Trainers to team up with their Pokémon partners—the PokéRinger competition! The event is intended for flying Pokémon, and the goal is to battle in the sky while attempting to capture a ring and place it on a goal post (“That’s Just Swellow”). Ash and May both sign up to compete, with Ash entering his Taillow and May using her Beautifly. Unfortunately, Team Rocket decides to enter the match, as well, and—oh no—it turns out that as a child, James was trained by a PokéRinger champion. With James entering Jessie’s Dustox into the competition, it’s going to be a tough fight! 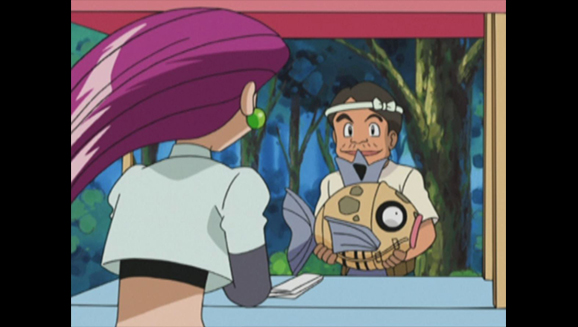 There’s a running gag in Pokémon the Series involving an unscrupulous Magikarp salesman who seems to show up in the most unlikely of places, offering to sell worthless Pokémon (usually Magikarp) to oblivious customers. Luckily for him, Team Rocket is about as oblivious as they come, and they often fall victim to his tricks. The salesman shows up twice in Pokémon: Advanced Challenge, first when he sells Jessie and James a supposedly rare Feebas that turns out to be a Magikarp in disguise (“Pearls Are a Spoink’s Best Friend”). He later convinces James to buy a Chimecho, but of course, the offer is too good to be true—that Chimecho is just a disguised Hoppip (“Who’s Flying Now?”)! Given how frequently the Magikarp salesman is successfully able to pull off his scams, you almost end up feeling sorry for Team Rocket. Almost. 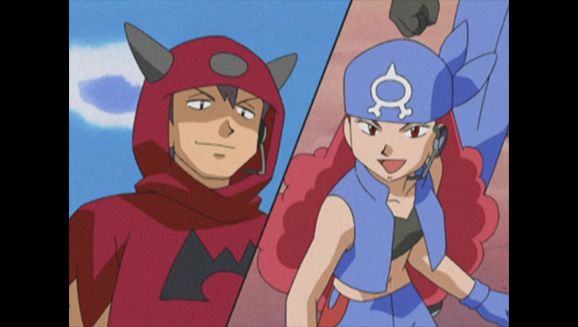 It’s not just Team Rocket who’s causing trouble for Ash and his friends in the Hoenn region. The nefarious Team Aqua and Team Magma are constantly lurking in the background, preparing their conflicting plans to take control of the region. The two rival teams clash at Mt. Chimney as they race to claim a recently fallen meteorite (“Fight for the Meteorite”). Team Magma hopes to use the rock to complete a machine that will cause a volcanic eruption within the mountain. Team Aqua later shows up at the Weather Institute in Fortree City, looking for information about the Legendary Pokémon Groudon and Kyogre (“Unfair Weather Friends”). It seems very unlikely that this will be the last we see of these villains during the story arc in Hoenn.

Now that you have an idea of the excitement that’s in store for you in Pokémon: Advanced Challenge, tune in to Pokémon TV to see the full story. Remember that you can load up the newly updated Pokémon TV mobile app and enjoy these classic episodes on the go!