Pokémon: Advanced Battle episodes have been added to Pokémon TV. Read on below to learn more:

Ash and friends take on the final challenges of their Hoenn region adventure in the eighth season of Pokémon the Series, now on Pokémon TV.

Get ready, Trainers! Pokémon: Advanced Battle, the eighth season of Pokémon the Series, is now available to watch on Pokémon TV. Ash, May, Brock, and Max are nearing the end of their journey through the Hoenn region, but there’s still plenty to see and do as they work their way toward the Hoenn League.

To give you a hint of the excitement that awaits our heroes this season, we’ve put together a list of some of the greatest moments in Pokémon: Advanced Battle. Of course, there’s still plenty more to see, so sit back, tune in to Pokémon TV, and catch up on the fun! 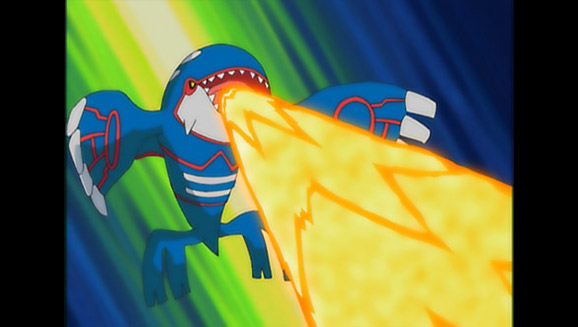 For the past two seasons, Team Magma and Team Aqua have been battling each other for control of the land and sea. Their conflict has resulted in them attempting to take control of the Legendary Pokémon Groudon and Kyogre, and it seems the two groups are gearing up for their final clash. Of course, Ash and his friends get caught up in the action when they’re captured by Team Magma (“Gaining Groudon”). When the two teams confront each other on Monsu Island, Groudon and Kyogre are unleashed, so prepare to witness a massive battle (“The Scuffle of Legends”)!

May and the Grand Festival 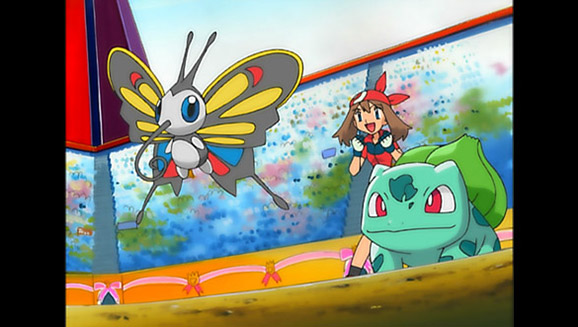 Throughout our heroes’ Hoenn adventure, May has been participating in Pokémon Contests. Her hard work pays off when she arrives in Slateport City to compete in the Grand Festival (“Hi Ho Silver Wind”). Unfortunately, she finds herself going up against Drew and Harley, two of her fiercest rivals. Even worse, Harley pretends to be May’s friend, giving her poor advice with the hope that she and her Pokémon will fail the competition (“Deceit and Assist”). As May climbs the ladder in the tournament, she eventually faces off against Drew, but does she have what it takes to come out on top (“Rhapsody in Drew”)? 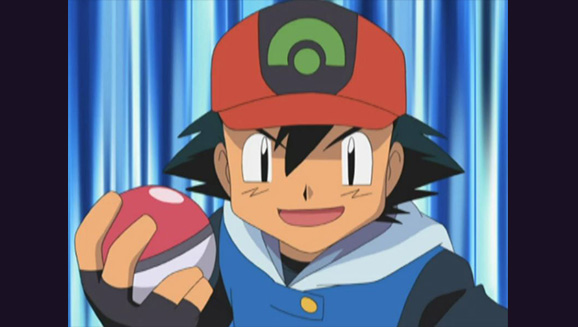 After three seasons in the Hoenn region, Ash has finally reached the Hoenn League in Ever Grande City (“Like a Meowth to a Flame”)! Soon after our heroes arrive, they befriend another Trainer named Tyson and his Meowth. Ash also meets up with Morrison, one of his rivals (“Saved by the Beldum”). The three Trainers battle fiercely through the tournament, which takes place over multiple episodes. Not surprisingly, Team Rocket is on hand to interfere with the event! Against tough odds, Ash manages to make it to the quarterfinals, as you’ll see in “At the End of the Fray”. 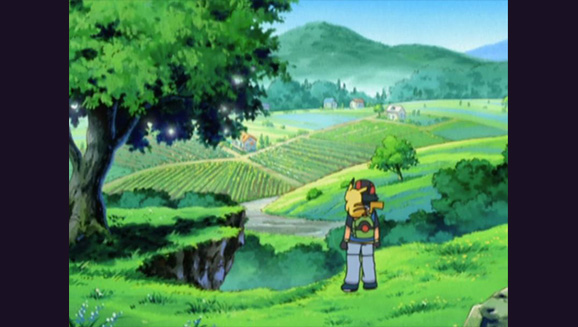 Following the Hoenn League, Ash’s traveling party decides to split up for the time being. May and Max return to Petalburg City, while Ash and Brock return to their home region of Kanto (“The Scheme Team”). Brock decides to head back to Pewter City, leaving Ash and Pikachu on their own. It’s not long before the pair set off on new adventures, though—Ash quickly decides to battle the new Viridian City Gym Leader, and he even runs into some of his old friends! Too bad Team Rocket decides to crash the party (“The Right Place and the Right Mime”)…. 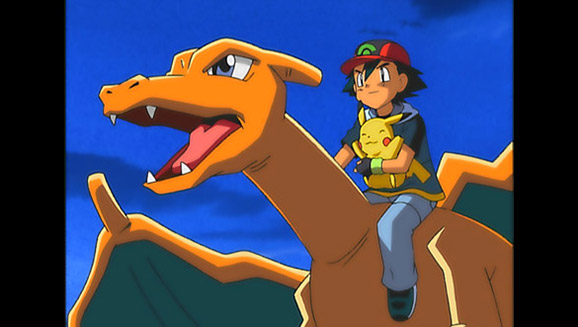 During the early years of Pokémon the Series, one of the more memorable moments was in the third season when Ash left his Charizard to train at the Charicific Valley in the Johto region (“Charizard’s Burning Ambition”). When Ash travels to the Battle Factory as part of his Battle Frontier challenge, he decides his old friend Charizard is the best Pokémon to have by his side in his battle against Factory Head Noland and Articuno (“Numero Uno Articuno”). Before the match against the Legendary Pokémon, though, they’ll have to take care of Team Rocket, who’s hoping to swipe both competing Pokémon (“The Symbol Life”).

This is just a taste of what’s in store for Ash and company in Pokémon: Advanced Battle, so don’t miss out on the whole story! Remember that you can load up the Pokémon TV mobile app and enjoy these classic episodes on the go!

2 thoughts on “Ash and friends take on the final challenges of their Hoenn region adventure in the eighth season of Pokémon the Series, now on Pokémon TV”