The Pokémon Company has revealed more details about Pokémon TCG: Scarlet & Violet. Read on below to learn more:

The Standard format rotation for the 2023 Pokémon TCG Championship Series season will go into effect on April 14, 2023.

During every Championship Series season, Pokémon Organized Play removes older expansions from competition in the Standard format with the goal of maintaining a healthy competitive environment. This rotation challenges existing players to create new strategies and enables new players to get involved in Play! Pokémon events using the most recent releases.

The Standard Format for 2023 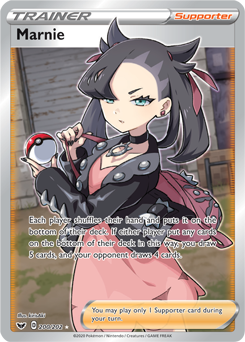 As briefly mentioned in April 2021, cards with the “D” regulation mark will no longer be legal for play in the 2023 Standard format. Cards with “E” and “F” regulation marks will be legal to use (as will any future regulation marks that may be released). A card’s legality status is no longer based on which expansion it’s from. Even if a card is from a recently released expansion, players will need to refer to the regulation mark on the bottom of the card to see whether that card is legal for play. New cards still must follow the appropriate waiting period to become tournament legal, which is typically two weeks after their release.

The Expanded Format for 2023

The Expanded format will remain unchanged, maintaining the Black & White Series and forward. Players should double-check what format is being used before choosing a deck to bring to their events. Just like the Standard format, new expansions become legal for tournament play two weeks after release.

Please note that several cards are currently banned from the Expanded format. You can find the list of banned cards here. 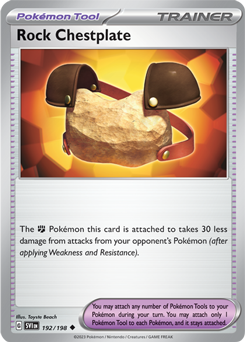 Starting with the Scarlet & Violet Series, all Pokémon Tool cards will be printed as their own category, not as Item cards. Pokémon Tool cards from all previous series will receive errata to align with this change. For example, Vitality Band says Item on it, but it won’t be considered an Item card once this change goes into effect—it’s just a Pokémon Tool.

Be sure to check back at Pokemon.com for the latest updates on the upcoming Scarlet & Violet Series for the Pokémon TCG!