Trainer Spotlight: Lysandre. This month, we take a deeper look at one of the more intriguing bad guys from the Pokémon universe.

With his shocking red hair and beard, Lysandre is instantly recognizable as the devastatingly cunning leader of Team Flare. He is closely associated with Pyroar, and indeed, Lysandre’s hair and clothing bear more than a passing resemblance to Pyroar’s male form.

Lysandre has been a pivotal figure in Pokémon games, animation, and more. He makes his home in the Kalos region, where he develops beneficial technologies such as the Holo Caster—but also works on his doomsday project, the ultimate weapon.

Like his inventions, Lysandre is a man full of contrasts—he speaks of a goal to create a more beautiful world, but he’ll use incredibly destructive means to achieve it. There’s something intriguingly shrewd about Lysandre, making him a fascinating character no matter where he appears.

Check out some of Lysandre’s most important roles and moments below.

In the Video Games

Lysandre is best known as the leader of Team Flare and as the main adversary from Pokémon X and Pokémon Y. A renowned scientist, he’s a prominent figure in the Kalos region, though few know of his real plans initially. But his motivations become clear: he speaks pointedly about creating a world of greater beauty, and he dedicates himself to achieving that end. Lysandre ultimately reveals that he’s commandeered a giant weapon that could destroy everyone who doesn’t embrace his vision of a more beautiful world.

This terrifying plan reveals Lysandre’s true character—an arrogance that the world must be shaped to his vision, which can only be accomplished through terrible destruction. It’s a frightening worldview that establishes him as one of the more sinister antagonists in the Pokémon universe. Fortunately, he eventually relents, recognizing that his dream is unobtainable, and he disbands Team Flare once and for all.

But Lysandre’s antics in Pokémon X and Pokémon Y aren’t his last. He returns in Pokémon Ultra Sun and Pokémon Ultra Moon as a member of Team Rainbow Rocket, an assembly of some of the more notorious figures in the Pokémon world. Surprisingly, it was his own ultimate weapon that transported him to Alola, and once again the hero must deal with his terrible device.

Lysandre makes it clear that he has never truly given up on his goal to make the world a more beautiful place. But perhaps he has learned that he will never achieve that end via the destruction of people, places, and Pokémon. 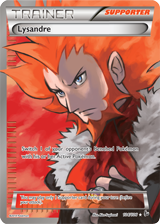 Lysandre’s appearance in the Pokémon TCG has made an enormous impact on the game. His best-known card is the Lysandre Supporter that debuted in the XY—Flashfire expansion. This card can turn the tide of battle by creating the perfect matchup for a player’s Pokémon, and it was a longtime staple of competitive play. Lysandre also lends his name and image to Lysandre’s Trump Card, a Supporter introduced in XY—Phantom Forces. Lysandre’s Trump Card is so powerful, it’s been banned for use in competitive play (something Lysandre himself would most certainly be proud of). 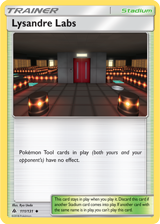 Lysandre appears on two cards in the recently released Sun & Moon—Forbidden Lightexpansion. The Trainer himself returns as Lysandre Prism Star, this time tapping into the power of Fire-type Pokémon. With this Supporter card, you can banish cards from your opponent’s discard pile to the Lost Zone, never to return to battle. The new expansion also features the Lysandre Labs Stadium card, which depicts one of Team Flare’s bases in Lumiose City. This card disables all Pokémon Tool cards in play. Once again, Lysandre’s cunningness is on full display in the Pokémon TCG. 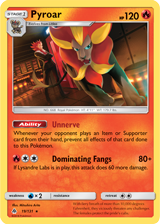 The stern-faced antagonist has made his presence known on a couple of Pyroar cards, as well. Most recently, you can see Lysandre confidently posing behind his trusty Pyroar in the Sun & Moon—Forbidden Light expansion. Fittingly, this Pyroar’s Unnerve Ability protects the Pokémon from all effects of the opponent’s Item and Supporter cards. And although Lysandre himself doesn’t appear on the Pyroar in the XY—Phantom Forcesexpansion, the Team Flare leader certainly lends inspiration: Pyroar’s Flare Command Ability has a similar effect as the Lysandre Supporter card.

Lysandre may not be a frequent contributor to the Pokémon TCG, but his influence has been huge. And given his immense ego (and his popularity among fans), we wouldn’t be surprised to see him as a recurring character in the Pokémon TCG for years to come. 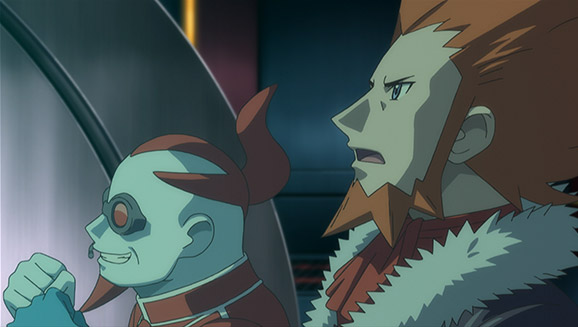 The Team Flare leader makes up for his relatively sparse Pokémon TCG showing with a multitude of animation credits. And for what it’s worth, this version of Lysandre seems slightly less tormented than his counterpart in the Pokémon X and Pokémon Y video games. 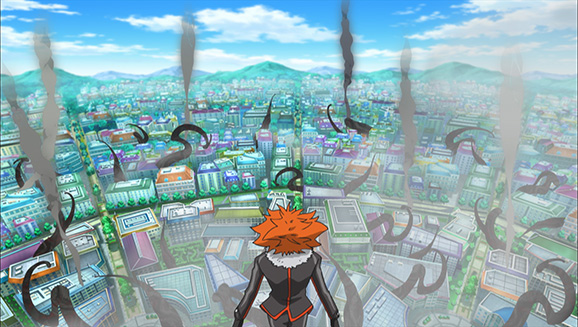 Lysandre makes his animated debut in the four-part Mega Evolution Special, where he works alongside Alain to study the mysterious concept of Mega Evolution. Lysandre uses the people around him in an effort to learn more about harnessing the power of the Legendary Pokémon Rayquaza. But as clever as Lysandre is, he can’t conceal his desperate desire to amass more control.

Lysandre shows up again in Pokémon the Series: XYZ in “From A to Z!” and “Meeting at Terminus Cave!”, where he’s seen working with Xerosic, a prominent Team Flare scientist, to study the Legendary Pokémon Zygarde. 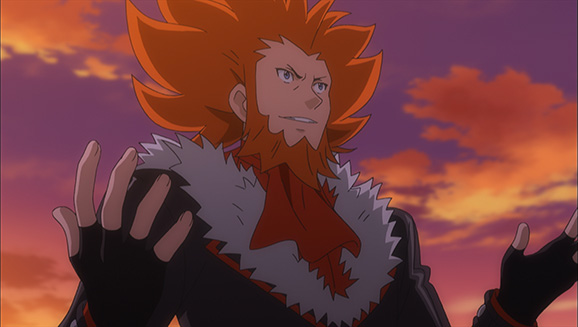 Throughout the season, Lysandre is relentlessly focused on capturing and controlling Zygarde through all means necessary, and his sinister nature becomes more apparent. He finally takes control of Zygarde in “An Explosive Operation!”, then manipulates the Pokémon to his whims in “Down to the Fiery Finish!” 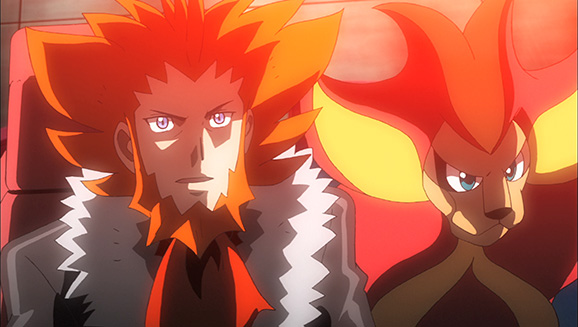 We get some insight into Lysandre’s strange worldview in “Coming Apart at the Dreams!”, but by then, his plans seem virtually unstoppable. At a pivotal moment, Lysandre’s assistant Alain has a change of heart and chooses to fight alongside Ash to prevent the controlled Zygarde from tearing apart Lumiose City.

Perhaps the most revealing moments about Lysandre are toward the end of the season in his battles against Ash and Alain. Even when facing defeat in “Rocking Kalos Defenses!” and “Forming a More Perfect Union!”, he refuses to acquiesce. As the XYZ season shows, his methods may be misguided, but his resolve is unwavering.

In the Pokémon Adventures Manga

The Pokémon Adventures manga is always showcasing exciting interpretations of the familiar stories and roles from the Pokémon video games and animation. In the XY series, Lysandre and his story arc feature prominently, and characters such as Tierno, Trevor, and Shauna are given a much bigger role as witnesses to his villainous schemes. Lysandre is a complex figure in the manga, exhibiting many of the same impulses and motivations as in the video games and animation—but the manga format allows for more time and space to give readers a deeper understanding of the enigmatic character.

Lysandre’s sinister personality has cemented his position as one of the more fascinating characters in Pokémon. With such an interesting (and terrifying) worldview, we can easily imagine his resurgence in the years to come.

Check back next month for our next featured Trainer! Previous Trainer Spotlights include the following: