The final Super Smash Bros. Ultimate DLC fighter has been announced. Read on below to learn more:

Ever since the Super Smash Bros. Ultimate game launched for the Nintendo Switch system in 2018, players have put more than 2.2 billion hours into the game’s many modes, composed of 11.7 billion offline matches and 7.8 billion online multiplayer battles. The all-star game has also welcomed numerous additional fighters, stages and pieces of legendary music from all throughout video game history as part of the robust Super Smash Bros. Ultimate Fighters Pass DLC.* On Oct. 18, standing next to fighters like Mario, Zelda, PAC-MAN, Sonic, Snake, and Cloud, the next beloved hero from the world of video games takes his place as the final addition to this historic lineup.

In a video hosted by Masahiro Sakurai, the Super Smash Bros. series director revealed that Sora from the KINGDOM HEARTS series will be the final DLC fighter added to Super Smash Bros. Ultimate on Oct. 18, completing an extraordinary, nearly three-year journey of new fighters across video game history joining the game’s roster. Sora is part of the Challenger Pack 11 DLC*, which also includes a new stage and a selection of music tracks from the KINGDOM HEARTS franchise. The video presentation provided a deep dive into the new fighter’s move set, as well as a detailed look at the newly added Hollow Bastion stage. To view the video in its entirety, visit https://www.smashbros.com/en_US/.

Challenger Pack 11 is part of Super Smash Bros. Ultimate Fighters Pass Vol. 2*, which can be purchased for a suggested retail price of $29.99 and also includes Min Min from the ARMS game, Steve & Alex from Minecraft, Sephiroth from FINAL FANTASY VII, Pyra/Mythra from the Xenoblade Chronicles 2 game and Kazuya from the TEKKEN franchise. Challenger Pack 11 can also be purchased separately for $5.99.

“Having a fan-favorite character like Sora join the ranks of Super Smash Bros. Ultimate is the perfect way to close out the Fighters Pass expansions,” said Nick Chavez, Nintendo of America’s Senior Vice President of Sales, Marketing and Communications. “With a dozen fighters added since the game launched, Super Smash Bros. Ultimate now boasts 86 total fighters spanning the entire history of video games, giving players an unprecedented amount of gameplay choices and options.”

The protagonist of the KINGDOM HEARTS series is Sora, a young boy who wields the iconic Keyblade and traverses Disney and Pixar worlds, battling enemies known as the Heartless to overcome darkness and restore peace to the realms. His signature look and airborne moves from the KINGDOM HEARTS games transition perfectly to the battlefields of Super Smash Bros Ultimate, offering an approachable fighter with a unique feel that helps Sora stand out on his own.

Inspired by his moves in KINGDOM HEARTS, Sora excels at fighting in the air when playing him in Super Smash Bros. Ultimate. His jumps are high and his movements are light and soft. While he is easily launched by opponents, Sora’s powerful, combo-based attacks using his mighty Keyblade make him a formidable challenger.

Using a series of intuitive button presses, Sora can perform all types of different combos with his Keyblade, be it straight-on attacks, aerial moves or side smashes. He can also use Magic, just like in KINGDOM HEARTS. Fans will recognize the Firaga, Thundaga and Blizzaga spells, which can be unleashed in various ways to cover the battlefield with a volley of impressive hits. Sora can also activate his Final Smash, called “Sealing the Keyhole,” to send his worthy opponents flying.

The new stage that players will receive in Challenger Pack 11 is Hollow Bastion. Fans of the KINGDOM HEARTS series will immediately recognize this familiar location, featured heavily in many of the franchise’s games. The dynamic stage contains one platform in its center, and, as the battle nears its close, players will travel to a special area inspired by Dive to the Heart with visuals featuring some familiar faces from the KINGDOM HEARTS series.

After downloading Challenger Pack 11, players will also receive nine music tracks from the KINGDOM HEARTS series. An additional music track, Dearly Beloved -Swing Version, will be added to this game for those who have played KINGDOM HEARTS Melody of Memory. A new Spirit Board starring characters from KINGDOM HEARTS like Riku, Kairi and Roxas will also be added. Additionally, new paid in-game costumes for the Mii Fighter, including Doom Slayer, Octoling Wig and Judd Hat, will be available to enjoy separately.

* Full version of game required to use DLC. Sold separately.

Xenoblade Chronicles 2 and TEKKEN are rated TEEN by the ESRB.

Just one more sleep until Sora’s ready to cross paths with some new and old acquaintances…#SmashBrosUltimate pic.twitter.com/3kYQBzbZdx

Just a few days until we’re all making magic with Sora on the battlefield. 🙌 #SmashBrosUltimate pic.twitter.com/tCGa2OJTgq

Put your best out on the battlefield and take a victory with Sora to hear a special arrangement of Hand in Hand from the original game’s composer, Yoko Shimomura! #SmashBrosUltimate pic.twitter.com/XGKgQhBoK7

Sora’s Up Special, Aerial Sweep, twirls and rises him into the air dealing continuous damage with great launch power.

Tip: Using the Side Special at the highest point of the jump will transition into Sonic Blade, critical for max damage opportunities! pic.twitter.com/SS8nAfrvgt

Sora’s Side Special, the Sonic Blade, keeps his aerial game amongst the strongest. Start sideways and travel through the air freely, or repeatedly press the button and move toward your opponent.

Use it to recover, gain some distance, or even fake a fall. #SmashBrosUltimate pic.twitter.com/48ZvObnEqj

Because of Sora’s aerial-based combat, his attacks will have good range and sometimes allow for options that other fighters don’t have. Use them effectively against your opponent and they’ll be logging some serious air miles. #SmashBrosUltimate pic.twitter.com/M5s9q48tnV

Attack while evading enemy attacks with Sora’s down smash. It’s got a small jump, so your opponent’s attacks near the ground will miss if timed correctly. It also creates a shockwave extending its range.

Which fighters might struggle against this attack? 🤔#SmashBrosUltimate pic.twitter.com/UOFIKtgIUW

And of course, P5 is none other than the Timeless River form, equipped with dedicated facial expressions. pic.twitter.com/JhHdXJjFyJ

The artwork poses are different, too! pic.twitter.com/W4M7jOyw1e

Sora from KINGDOM HEARTS will be the final Super Smash Bros. Ultimate DLC fighter! Look forward to the release of Sora in Challenger Pack 11 on 10/18.

There’s no turning back once Sora seals the Final Smash Keyhole. 🔒 #SmashBrosUltimate pic.twitter.com/LaaBBXtF7R

His tilt attacks are reminiscent of his style from the first KINGDOM HEARTS game. Time them right and you’ll be overwhelming your opponents in no time. Combo starters like the down tilt attack will be his bread & butter. #SmashBrosUltimate pic.twitter.com/dGAtrMPcdK

Want to recap the Super #SmashBrosUltimate presentation on Sora with Mr. Sakurai? Watch the full video in the link below and get a deep dive into the fighter’s moves & abilities. Sora arrives on 10/18!

Alongside Sora’s entry into #SmashBrosUltimate comes the Hollow Bastion stage. Different characters and locations from KINGDOM HEARTS will appear in the background.

If time’s running out or there’s low stock, the “Dive to the Heart” effect will transition the background! pic.twitter.com/SJpeFJc5HJ

Mastering each type of Sora’s Magic strengths and weaknesses is key. You can use them randomly, but trying different strategies might lead to some magical victories on the battlefield! #SmashBrosUltimate pic.twitter.com/qN2zCy7MZ6

Sora’s got the magic to cause some elemental mischief on the battlefield! Cycle through three types of Magic to cast and deal damage in different styles & amounts.

Keep notes during battle, Sora’s Magic will cycle automatically with each use. pic.twitter.com/alX8rFG7Ah

Check out the song list that will be added with Challenger Pack 11!

All 9 songs are unchanged from the original game. If you have save data from #KingdomHearts Melody of Memory, you’ll also receive the song “Dearly Beloved – Swing Version” in #SmashBrosUltimate! pic.twitter.com/YDljOQkio5

These Super #SmashBros #amiibo, including #Minecraft's Steve & Alex, will be released in Spring 2022! pic.twitter.com/fBXDJ8fpYR

This just in – the #KingdomHearts games are coming to #NintendoSwitch!

All three titles will be playable as cloud versions. Look forward to more information soon! pic.twitter.com/VtoiCJzxKp

Soar through the air with Sora! He’s got a strong heart, but his movement in #SmashBrosUltimate is light and soft. pic.twitter.com/rPM0AiclpW

A strong heart with a fighter’s spirit, Sora from #KingdomHearts will be joining Super #SmashBrosUltimate as the final fighter on 10/18! pic.twitter.com/8RxF58YxDD

Sora from #KingdomHearts will be the final Super #SmashBrosUltimate DLC fighter! Look forward to the release of Sora in Challenger Pack 11 on 10/18. pic.twitter.com/zuhyPhydvv

Get an in-depth look at the soon-to-be revealed #SmashBrosUltimate DLC fighter with Director Masahiro Sakurai in just 30 minutes!

How far we’ve come…through the #SmashBrosUltimate Fighters Pass & Fighters Pass Vol. 2, there have been 9 “Mr. Sakurai Presents” presentations so far.

Have a look back at them all while you get ready for tomorrow’s final fighter reveal!

One more day until the last DLC fighter for Super Smash Bros. Ultimate is announced.
Whether you're a Smash Bros. player or simply love games, make sure to tune in!https://t.co/gV1B8eYROw

The presentation will be roughly 40 minutes long, and it will be the final presentation about Super Smash Bros. Ultimate.

Tune-in on 10/5 at 7am PT for the reveal presentation of the final Super #SmashBrosUltimate DLC fighter with Director Masahiro Sakurai. The fighter’s release date and final Mii Fighter costumes will also be revealed! 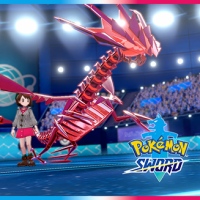 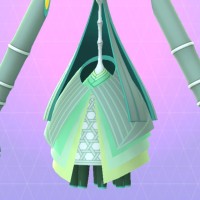 My Tweets
Advertisements
Pokémon Scarlet and VioletNovember 18, 2022
54 days to go.